The ‘ongoing battle’ of long COVID: What it’s like living with debilitating after-effects for nearly a year 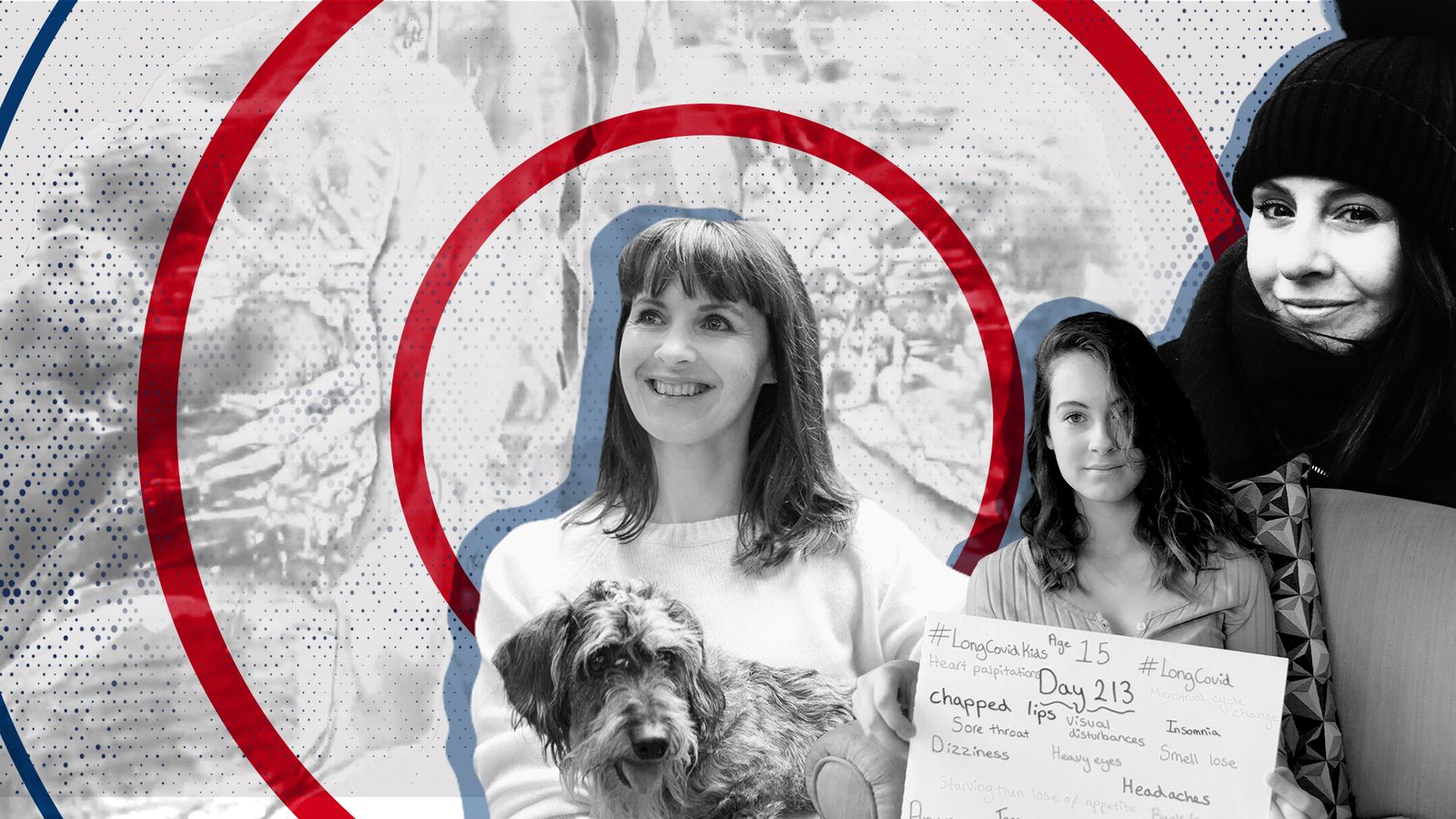 More than a year after the first COVID-19 infections were reported in the UK, some people who contracted the virus in the early weeks of the pandemic are still struggling with symptoms.

“Long COVID” is thought to have affected thousands of people across the country, with ongoing physical effects reported to range from fatigue and “brain fog” to nerve pain and paralysis in some rare cases.

There are now calls for the condition to be recognised as an “occupational disease” for frontline workers – while concerns have been voiced about the long-term effect of the virus on some children.

So what’s it like to be struggling with long COVID nearly a year after contracting the virus – and when could the symptoms finally subside?

What is long COVID?

Sammie McFarland and her 15-year-old daughter Kitty spent most of their days in bed for nearly eight months after contracting COVID-19 in March last year – and they are still suffering from the after-effects today.

After initially having a sore throat and a niggly headache, Mrs McFarland, from Dorchester in Dorset, said she went on to develop a range of symptoms over the following months, including breathing difficulties and an ongoing cough.

She told Sky News: “I’ve had weird tingling in my hands, arm weakness – I couldn’t pick up a cup of tea without using two hands – unable to stay awake, not able to sit up to eat my meals… I’ve become intolerant of standing up.

Mrs McFarland, who was diagnosed as having had COVID by a doctor in May, said it was “horrific” when she was too unwell to help Kitty whose condition also worsened.

She described how her daughter became “floppy… like somebody had taken out her bones”.

“It was like she had just turned into fluid, she just had no structure – it was the strangest thing I have witnessed,” Mrs McFarland added.

“Sometimes she would crawl along the floor to get to the bathroom because it was easier than trying to stand up. It was just awful.

“My husband was our carer for seven months and I know that he has found it absolutely harrowing.”

Mrs McFarland said her family have accepted that “our lives have become much smaller and we’re now used to doing less”.

“We are now mostly able to sit up and have our meals upright or at the table, so that’s progress,” she added.

Mrs McFarland runs the Long COVID Kids support group which is in contact with almost 1,000 families, including around 1,500 children affected by the condition.

The group collates data anonymously to learn about long COVID and a recent survey of more than 300 members found over 100 reported symptoms.

The scale of the problem is evident as more than 35,000 people have joined the Long COVID Support group – including Christina Barratt who now helps run it.

The 50-year-old from Manchester said she is still suffering from the long-term effects of COVID-19 after she became unwell with flu-like symptoms at the end of March, initially struggling with shortness of breath and heart palpitations at night.

She told Sky News: “There have been times when I thought I might not make it through the night, which sounds really dramatic, but when you’re experiencing a new virus that is killing people and you’re at home, on your own and there’s no help, it’s quite frightening.

“My body was so weak, it was like it was shutting down.

“I remember not wanting to go to sleep at night because I was too scared.”

In the weeks after contracting COVID-19, Ms Barratt said she could “barely walk anywhere” or stand.

“I was crawling on my hands and knees in the kitchen. I just didn’t get better.

“Each month there seemed to be different symptoms coming up.”

Among the long-term effects, Ms Barratt said she has suffered “brain fog” and developed pins and needles and numbness in her body.

She says she was made redundant from a sales job in July and can now only function “at a very low level”.

A doctor has said her long-term symptoms could be “post-viral” and due to “the strangeness of COVID” affecting many parts of the body, Ms Barratt said.

“I try to say to myself realistically it could be 18 months to two years – who knows?” she added.

“I try not to dwell on the fact that it may never go.”

Long COVID could be a combination of four different syndromes affecting the body at the same time, according to a study by the National Institute for Health Research.

It found people struggling with the long-term effects of coronavirus may be experiencing a mixture of post-viral fatigue syndrome, post-intensive care syndrome, permanent organ damage and long-term COVID syndrome.

Dr Elaine Maxwell, the author of the review, told Sky News: “The problem with the term long COVID is it covers such a very wide range of experiences that it’s difficult to understand a common thread between all of them. The only thing between them is an initial COVID infection.”

She said researchers were increasingly finding there were “different patterns of symptoms” caused by “different causal mechanisms”.

The common symptom of “brain fog” was believed to be caused by “ongoing inflammation” in the brain following a COVID infection, she added.

Surveys of people with long COVID suggested it was more common in women than men and affected younger people more, according to Dr Maxwell.

Long COVID also appeared to be unrelated to how seriously ill patients were when they first contracted the virus, she said.

“You’re not necessarily going to have long COVID if you were ventilated than if you were on the ward,” Dr Maxwell said.

“Different groups are suffering with long COVID than you might have predicted from the people who became seriously ill and were admitted to ICU.”

‘This is potentially a massive issue for the NHS’

Liberal Democrat MP Layla Moran, who chairs the All-Party Group on Coronavirus, said lower estimates suggested 10% of people who have had COVID-19 have suffered symptoms more than five weeks after contracting the virus – equivalent to nearly 400,000 people.

She told Sky News: “It’s getting to the point where most people by the end of this pandemic are likely to know someone who has suffered with long COVID.

“This is potentially a massive issue for the NHS which at the moment is barely acknowledged by government.”

Ms Moran has called for a national register to record the number of people suffering with long COVID.

She also wants the condition to be recognised as an “occupational disease” for frontline workers who can no longer work due to the virus, along with a compensation scheme for long COVID sufferers.

Ms Moran said: “Given how bad it is for some people, where they describe long COVID being worse than having coronavirus in the first place, I don’t think the government is taking it seriously enough.”

A Department of Health and Social Care spokesperson said: “We are acutely aware of the indiscriminate and lasting impact COVID-19 can have. This should be a clear reminder to everyone that COVID-19 can affect anyone and they should continue to follow the guidance and think hands, face and space to get this virus under control.

“We are continuing to work with our outstanding scientists to improve our collective understanding of the impact long COVID has on people of all ages – making sure we deliver the best support possible to affected individuals.”

Juno Temple on Ted Lasso, working with Justin Timberlake, and bringing cinemas back 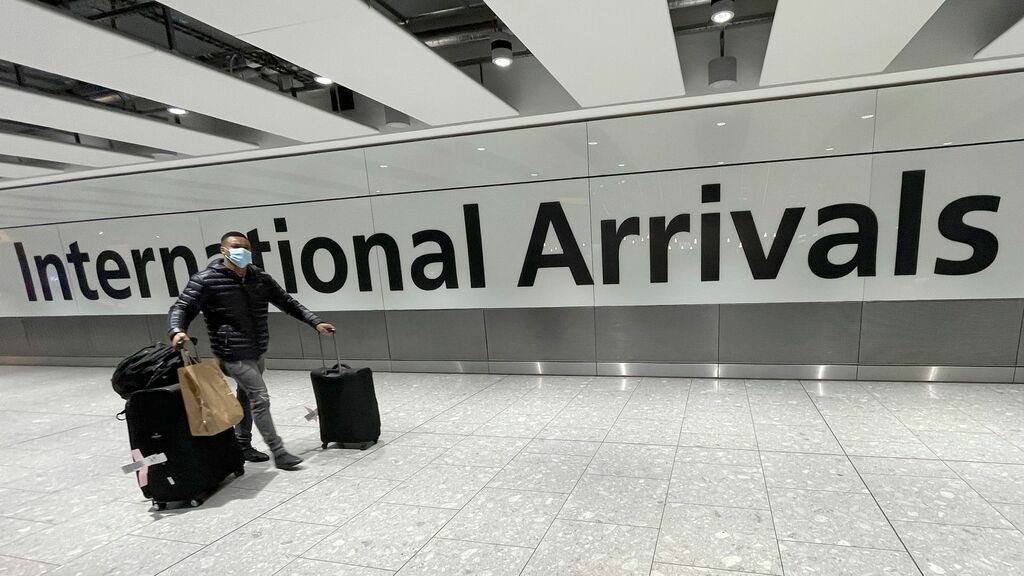