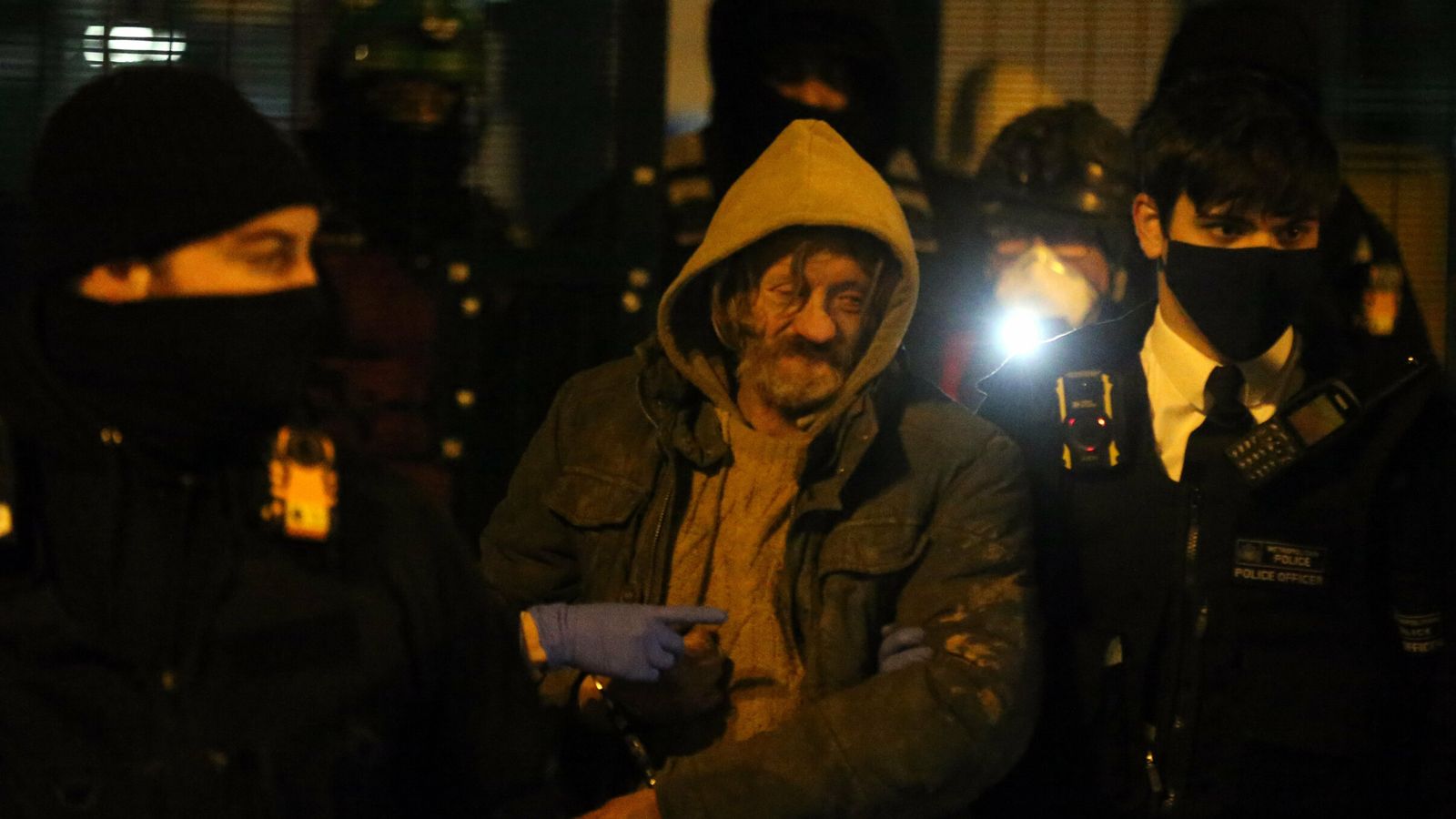 A third HS2 protester has left underground tunnels beneath London’s Euston station in what climate activists are describing as a “tactical withdrawal”.

It is now thought there are six people still entrenched beneath Euston Square Gardens – including the veteran protester Daniel Hooper, known as Swampy, and his 16-year-old son Rory.

The latest activist to leave is 46-year-old Scotty, also known as Digger Down.

Image: HS2 Rebellion protesters show their support from a tree in Euston Square

More than a dozen environmental campaigners originally occupied the 30m (100ft) network of tunnels they secretly dug at the front of Euston station in protest against the HS2 rail project.

In a phone video made just before he came out Scotty said: “I’m leaving the tunnel to help protect resources.

“Guys I’ve been here for 20 days in this tunnel and I’m ready to leave – so I’ll see you on the other side.

“I’ll go upstairs and see the medic and have a quick cup of tea and I’ll probably be arrested.

“This has been epic. I’m sorry to come out but it makes sense to make tactical withdrawals based on resources and allow this protest to continue.

“I have nothing to prove by being the last one in so have decided to volunteer my exit.”

Image: ‘Larch’ pictured in part of a 100ft tunnel network dug in secret

It is thought Scotty left to enable others to be able to stay longer with the supplies they have.

Protester Larch Maxy, who is still in the tunnel, said: “We’re doing really well. The spirits are getting stronger every day.

“The group is so strong. It’s amazing to be uniting in this way.”

Bailiffs are now trying to evict those who remain.

Image: The first phase of the line, linking London and Birmingham, is expected to cost up to £45bn

They are protesting against the redevelopment of Euston Square Gardens as part of the HS2 high speed train project between London and Birmingham.

A week ago, the first protester to leave was a 17-year-old teenager called Rollie who has spoken for the first time about her 10-day experience underground.

She said: “I really enjoyed my time down there. We had a lot of fun and a lot of laughs. I was quite sick when I came out but I’m on the road to recovery now.”

Last week the campaigners lost a High Court bid to block an operation to remove them.

They say they want to raise awareness about the environmental destruction which will be caused by the building of HS2.