COVID-19: Four passengers fined £10,000 each for lying about flying from ‘red list’ country 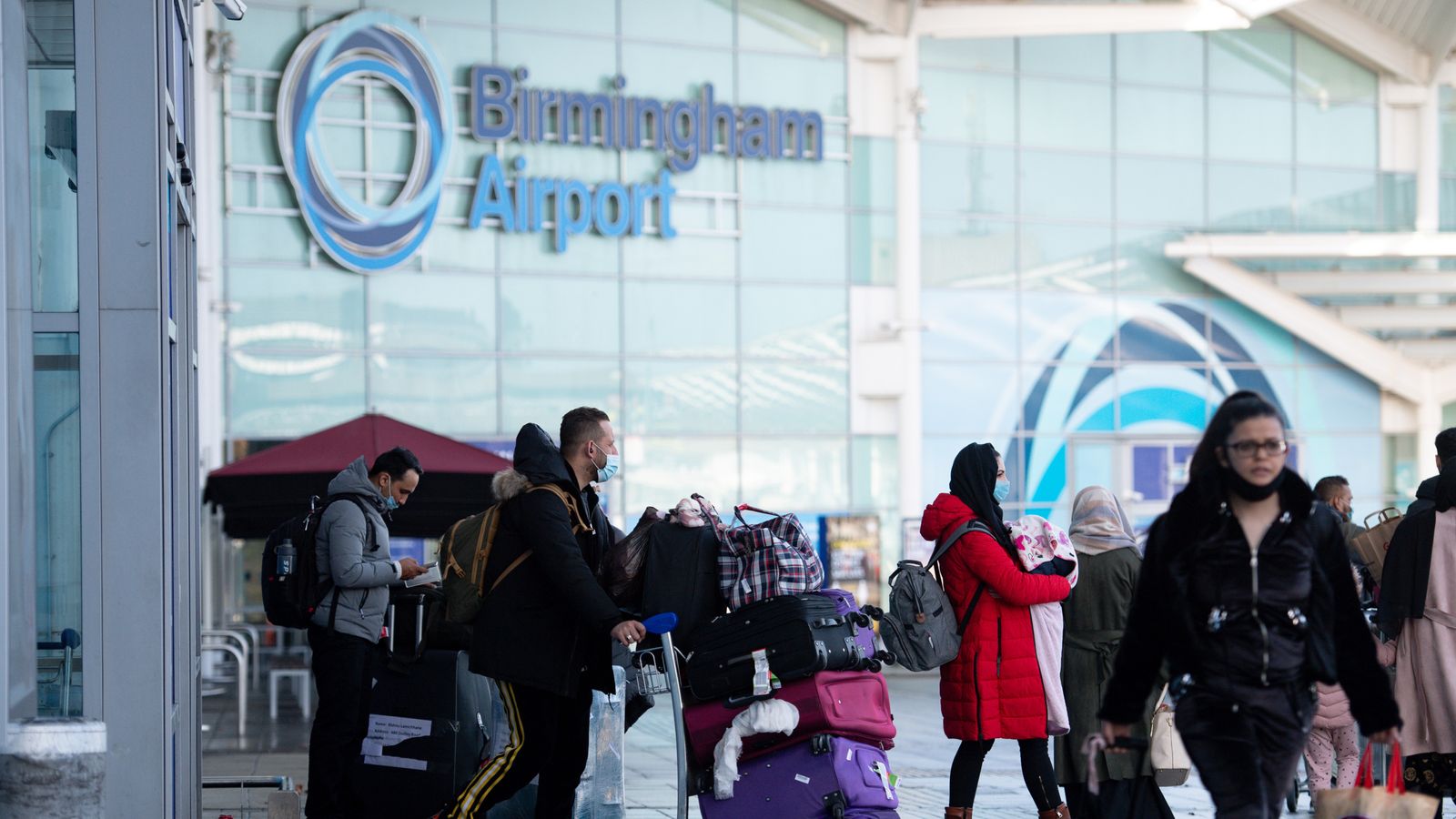 Four passengers have been fined £10,000 each for failing to declare they had travelled to the UK from a “red list” country, police have said.

The group flew into Birmingham Airport on Monday but did not say they had been to one of the government’s 33 “red list” countries within the past 10 days, according to West Midlands Police.

Despite attempting to “hide their routes”, officers found they had not given the correct information on their passenger locator forms and they were fined and stopped from leaving the airport, the force added.

Temporary Assistant Chief Constable Chris Todd said in a statement: “By midday yesterday (Monday), on the first day of implementation, we have received six passengers who had declared travelling from a red list country, who were taken to the quarantine hotel.

“We also had four passengers who were identified as having travelled from a red list country, that hadn’t declared it.

“So there are some people who have who have attempted to hide their routes but that’s not worked out.

Under the latest coronavirus travel restrictions, anyone flying into the UK from a “red list” country must pay £1,750 to stay in a government-sanctioned quarantine hotel for 10 days.

So far the government has reserved 4,963 rooms for quarantine purposes across 16 airport hotels.

The Department of Health and Social Care says there are another 58,000 on standby if numbers of arrivals are higher than expected.

Yesterday Brazilian couple Wagner and Elaine Araujo told Sky News they nearly got fined £10,000 after making a mistake on their passenger locator form.

‘How we ended up in hotel quarantine’

Mrs Araujo said: “We’re very frustrated because the bills will come and we don’t have that money because we’re not working.

“To be honest we don’t know how we’re going to pay for that.”

They explained that any food on top of the three meals they are given as part of their package costs extra.

Describing their hotel room, her husband said: “We are here for four hours and we are crazy already. If you see the room, it’s like a prison with a good bed.

Ministers say the high costs of hotel quarantine and fines are designed to deter people from travelling illegally and potentially bringing new variants of COVID-19 into the country.

Government scientists say vaccines may have to be consistently updated to cater to new variants that could escape the immune system.