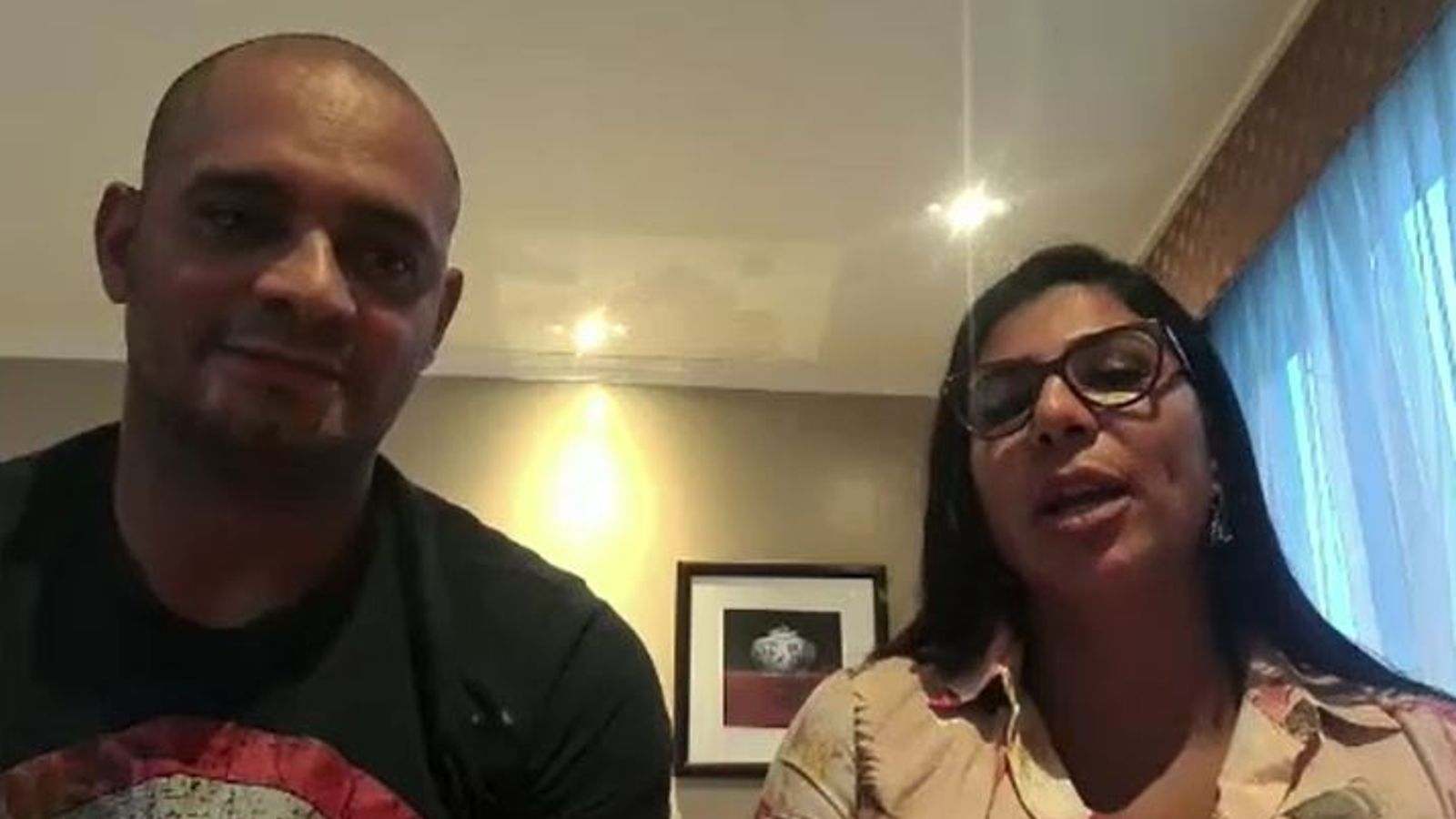 Passengers who have been forced to spend £1,750 and 10 days quarantining in hotels after touching down in the UK have likened it to being in prison.

From Monday, anyone arriving from 33 “red list” countries has to self-isolate in a government-sanctioned hotel.

Elaine and Wagner Araujo are originally from Brazil but have lived in the UK for more than 20 years and have four children here.

A couple shows Sky News the room they’ll be confined to for the next 10 days.

They had only intended to be back in Brazil for 15 days to attend to family business, but their 3 February flight was cancelled and they were forced to go with another airline.

That carrier kept changing their departure date, until eventually it fell on Monday – the first day of the new travel rules.

“We thought we were going to come back before all this happened, it’s very stressful,” Mrs Araujo told Sky News.

“We’re very frustrated because the bills will come and we don’t have that money because we’re not working.

“To be honest we don’t know how we’re going to pay for that.”

Describing their room, her husband said: “We are here for four hours and we are crazy already. If you see the room, it’s like a prison with a good bed.

His wife added: “In the end I think we will find ourselves depressed.”

She also explained any food and drink on top of the three meals and bottles of water they are given each day has to be paid for by them.

“We miss our children. They desperately need to see us.”

Image: The couple will be confined to this room for the next 10 days

Zari Tadayon, 66, is staying alone in a hotel at Heathrow Airport. Tomorrow is her 67th birthday.

She flew back from Dubai via Frankfurt after failing to book an earlier flight.

“I tried to get back to London before the 15th but there were no flights available, everything was booked,” she said.

Image: Zari Tadayon looks out of her hotel window at Heathrow Airport

Ms Tadayon, who lives nearby in north London, says she is worried about her health and about not having anything to do.

“I feel horrible because I live here, I have my own individual home, and also I have some medical issues which I was hoping they would consider.

“How I’m going to cope I don’t know. It’s going to be tough. I’m not prepared. I didn’t bring books and stuff,” she said.

Asked how she was feeling, she replied: “Not very happy because tomorrow is my birthday and I would have wanted to be with my family… those are the rules, what can you do?

“My room is quite basic… I think the cost is quite high for what we’re going to be getting.”

She explained that the hotel was able to receive food deliveries on passengers’ behalf – but any extras will have to paid for.

Roger Goncalves, who lives in London, is staying at the same hotel after flying back from Brazil via Madrid.

The 23-year-old delivery driver said: “I’m feeling sad, it’s not good as I need to stay in the room for 10 days.

“I did my test for coronavirus. The test was negative. Why do I need to stay in my room for 10 days?”

Image: Roger Goncalves travelled via Madrid from Brazil and is now quarantining at Heathrow

He attempted to fly back last week before the new rules came into force but his flight was cancelled.

The 23-year-old considered not travelling, but said: “I need to come back to work.”

He added: “The people in the hotel will give food to me for lunch and dinner, everything, but I can’t go out.”

Image: The Radisson Blu Edwardian at Heathrow is one of 16 quarantine hotels

Asked how he will pass the time, Mr Goncalves said he would “watch TV” and “watch Netflix”.

Passengers are being taken direct from the arrivals hall to their hotels via coach.

So far the government has 4,963 rooms available across 16 airport hotels, with another 58,000 on standby, a spokesperson for the Department of Health and Social Care said.