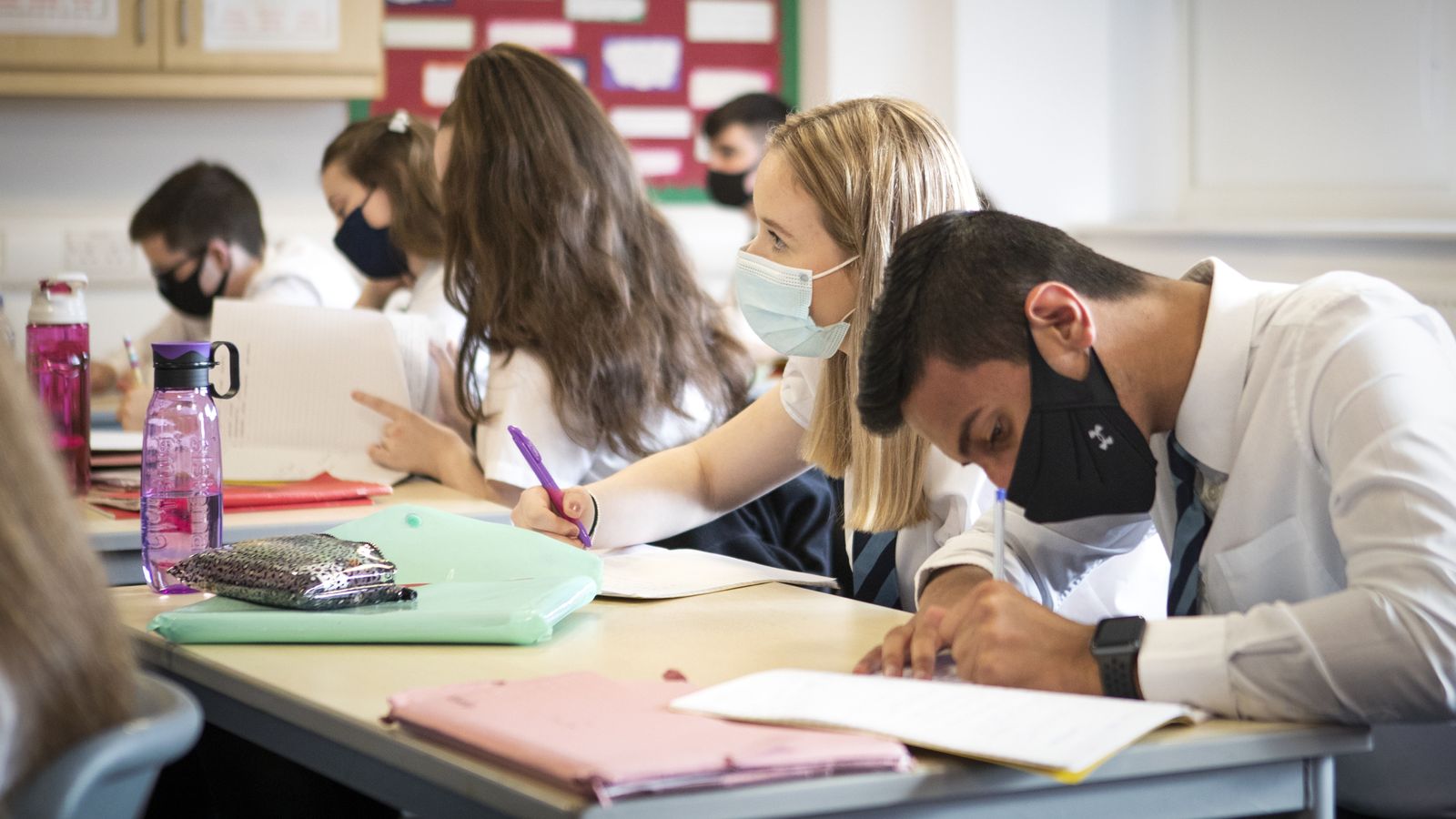 The phased return of pupils to classrooms in Scotland will begin on Monday, the first minister has confirmed.

Nicola Sturgeon revealed the news in a statement to the Scottish parliament, as she said the country’s lockdown would continue until “at least” the beginning of March and “possibly for a further period beyond that”.

She told MSPs the shutdown was working – with fewer COVID-19 patients in hospital and intensive care – but cautioned that “even a slight” easing of restrictions could see cases “start rising rapidly again”.

And Ms Sturgeon said that a return to “100% normality” would not be possible in the near future.

She told the Scottish parliament that some measures may have to remain in force, with “trade offs” required to ease some restrictions.

“We are choosing to use the very limited headroom we have right now to get at least some children back to school – because children’s education and wellbeing is such a priority,” the first minister said.

“But being able to get children back to education may mean the rest of us living with some other restrictions for longer.”

She warned that “if we open up too quickly to meet arbitrary dates, we risk setting progress back”.

“Indeed, because of the new, more infectious variant, our exit from lockdown is likely to be even more cautious than it was last summer,” Ms Sturgeon continued.

“And secondly, probably for a while yet, 100% normality is unlikely to be possible. So in a world where we can’t do everything immediately, we will need to decide what matters most.”

She said the government hopes to produce a new roadmap for easing lockdown next week, with more emphasis on data rather than timings for relaxing measures.

Giving MSPs an example of what it might say, Ms Sturgeon said it would likely advise Scots not to book holidays at home or abroad over Easter, but added that “staycations” in the summer may be permitted depending on the data.

Education would be the priority, she said, followed by allowing greater family contact and the opening of non-essential retail heralding the beginning of a phased reopening of the economy.

On schools, Ms Sturgeon said pupils in Primary 1 to Primary 3 will return on 22 February, along with all children under school age in early learning and childcare and those in the senior phase of secondary school.

She said older pupils would only be allowed back to make sure practical work important to their qualifications was finished.

Can we keep up with the evolving virus, and will we have to vaccinate the population for years to come?

The first minister said that further returns to school would not take place before 15 March, in order to allow sufficient time to assess the impact of the return in phase one.

And she warned parents not to socialise at school gates for fear of transmitting the virus, saying that the return to school for some pupils must only be treated as “a return to education for children only, and not as a return to greater normality for the rest of us”.

Ms Sturgeon said earlier this month that the return of pupils would be supported by an expansion of testing, with older pupils and anyone working in schools or childcare settings routinely tested twice a week.

“I want to thank everyone planning and delivering the programme and everyone who has come forward to be vaccinated,” Ms Sturgeon said.

Scotland’s return date for schools is two weeks earlier than the potential date proposed by Prime Minister Boris Johnson for the reopening of schools in England.

In Wales, children aged three to seven will also return to the classroom on 22 February, along with some older children on vocational courses.

In Northern Ireland, ministers are set to discuss a potential date for reopening schools at a meeting on Thursday.