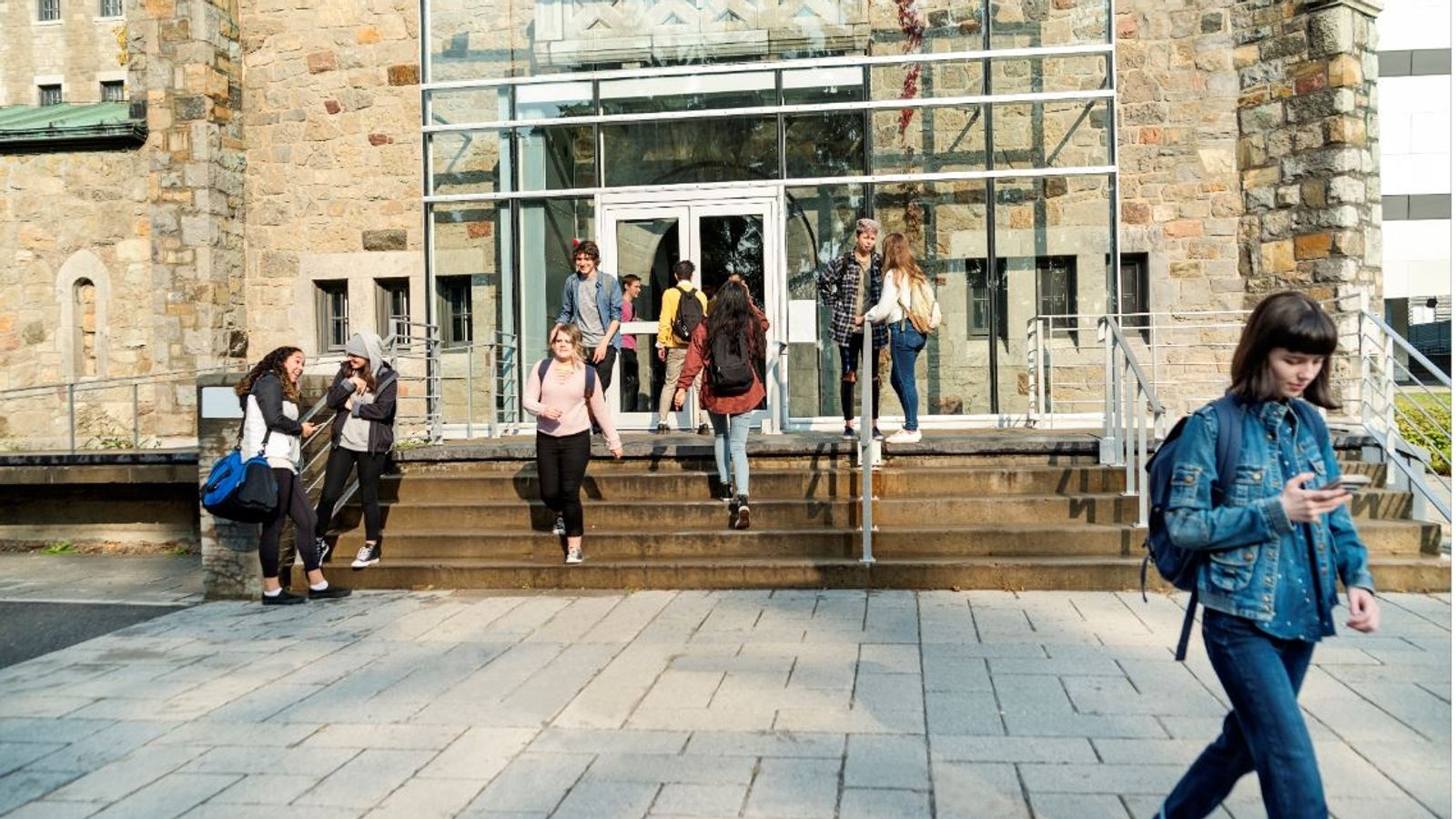 A “free speech champion” could be appointed to fight “unacceptable silencing and censoring” at universities under plans put forward by the education secretary.

The person would investigate potential infringements, such as no-platforming speakers or dismissal of academics.

Gavin Williamson’s other proposed measures to protect free speech on university campuses include:

Mr Williamson said: “Free speech underpins our democratic society and our universities have a long and proud history of being places where students and academics can express themselves freely, challenge views and cultivate an open mind.

“But I am deeply worried about the chilling effect on campuses of unacceptable silencing and censoring.

“That is why we must strengthen free speech in higher education, by bolstering the existing legal duties and ensuring strong, robust action is taken if these are breached.”

The responses from those in the education sector were mixed.

Image: Secretary of State for Education Gavin Williamson has put forward the proposals

University and College Union general secretary Jo Grady said: “It is extraordinary that in the midst of a global pandemic the government appears more interested in fighting phantom threats to free speech than taking action to contain the real and present danger which the virus poses to staff and students.

“In reality the biggest threats to academic freedom and free speech come not from staff and students, or from so-called ‘cancel culture’, but from ministers’ own attempts to police what can and cannot be said on campus, and a failure to get to grips with the endemic job insecurity and managerialist approaches which mean academics are less able to speak truth to power.”

Hillary Gyebi-Ababio, vice president for higher education at the National Union of Students, said: “There is no evidence of a freedom of expression crisis on campus, and students’ unions are constantly taking positive steps to help facilitate the thousands of events that take place each year.”

She added: “We recognise this announcement as an opportunity for us to prove once and for all that there is not an extensive problem with freedom of expression across higher education.”

A Universities UK spokeswoman said: “There are already significant legal duties placed on universities to uphold freedom of speech and universities are required to have a code of practice on free speech and to update this regularly.”

“We will ensure that the changes that result from today’s proposals reinforce these responsibilities and embed the widest definition of free speech within the law.”

COVID-19: Furlough aid must be phased out to prevent ‘deferred’ employment shock

Prince Harry and Meghan: Sussexes will talk to Oprah Winfrey in first interview since stepping back from royal duties