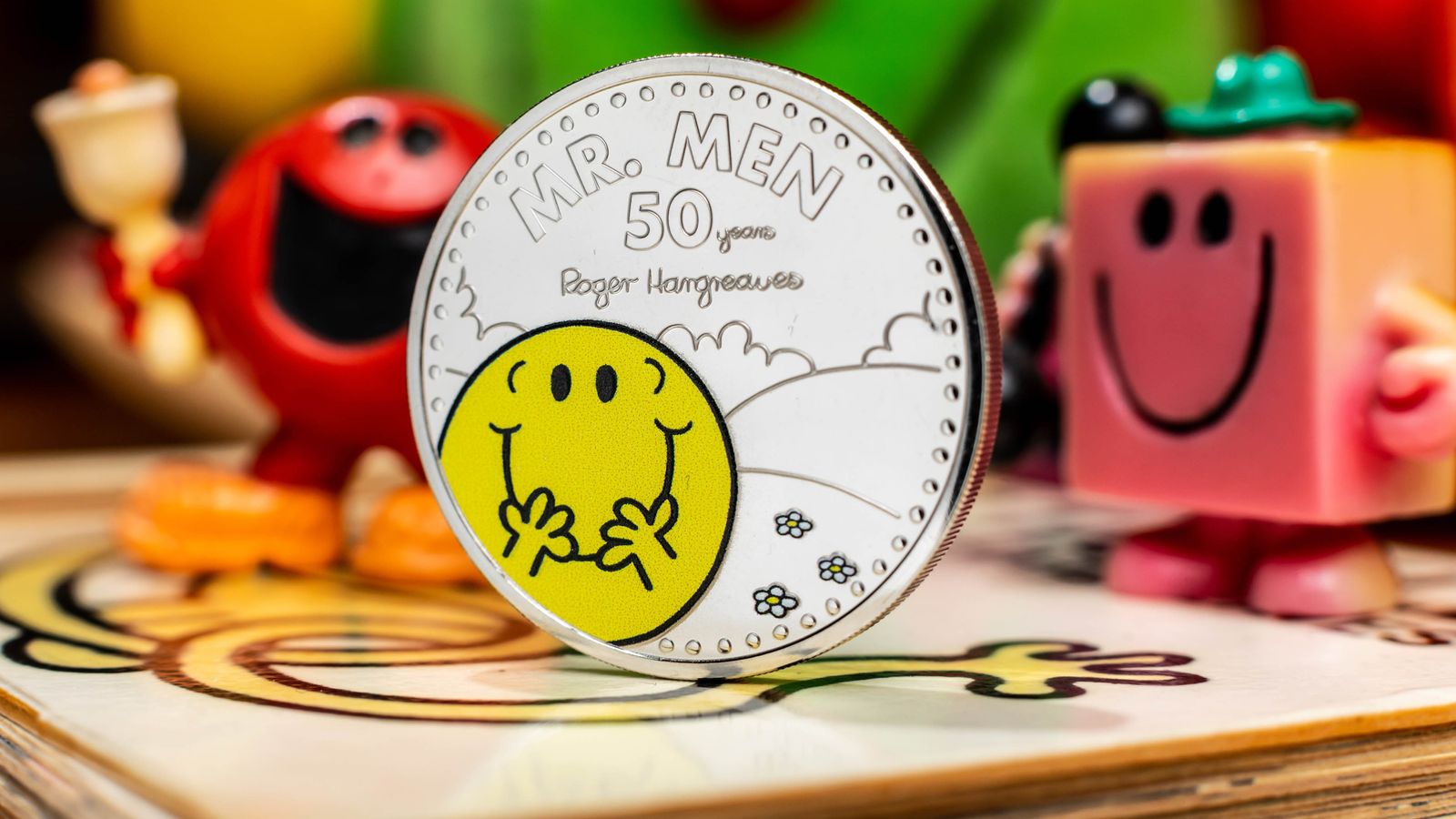 Coins celebrating the 50th anniversary of the Mr Men and Little Miss books will go on sale, with one gold coin up for £2,370.

Vibrant uncirculated versions of the coin will also showcase the characters in vivid colour, using the latest colour printing techniques.

All the designs have been created by Adam Hargreaves, who is the son of the original illustrator and author Roger Hargreaves.

Reflecting on the project, Adam Hargreaves said: “It is an absolute honour to not only have the Mr Men Little Miss characters feature on official UK commemorative coins, but to have the opportunity to create the designs that feature on the coins too.”

Prices for the coins, being made available on the Royal Mint’s website, will start at £13 for an uncirculated £5 denomination coin and £22.50 for a colour version, while a one ounce gold proof coin in a denomination of £100 will sell for £2,370.

Golden Mr Tickle tickets will be hidden with all three of the colour uncirculated coins, with prizes up for grabs.

Clare Maclennan, divisional director of commemorative coins at The Royal Mint, said: “Each year we celebrate British icons, anniversaries and moments from history on commemorative coins, so this is a fun addition to the collection.”

Created in 1971 by Roger Hargreaves, the Mr Men and Little Miss books and their world of “happyland” have become a global favourite and have been translated into multiple languages in more than 24 countries. The inspiration for the series came from the question “what does a tickle look like?”

The answer was Mr Tickle, who is now one of more than 90 characters in the collection.

Miss Maclennan added: “With this year marking the 50 anniversary since Mr Men Little Miss characters were introduced to the world, it felt right to celebrate the loveable characters on their own commemorative coin.”

The collection will not be in general circulation.