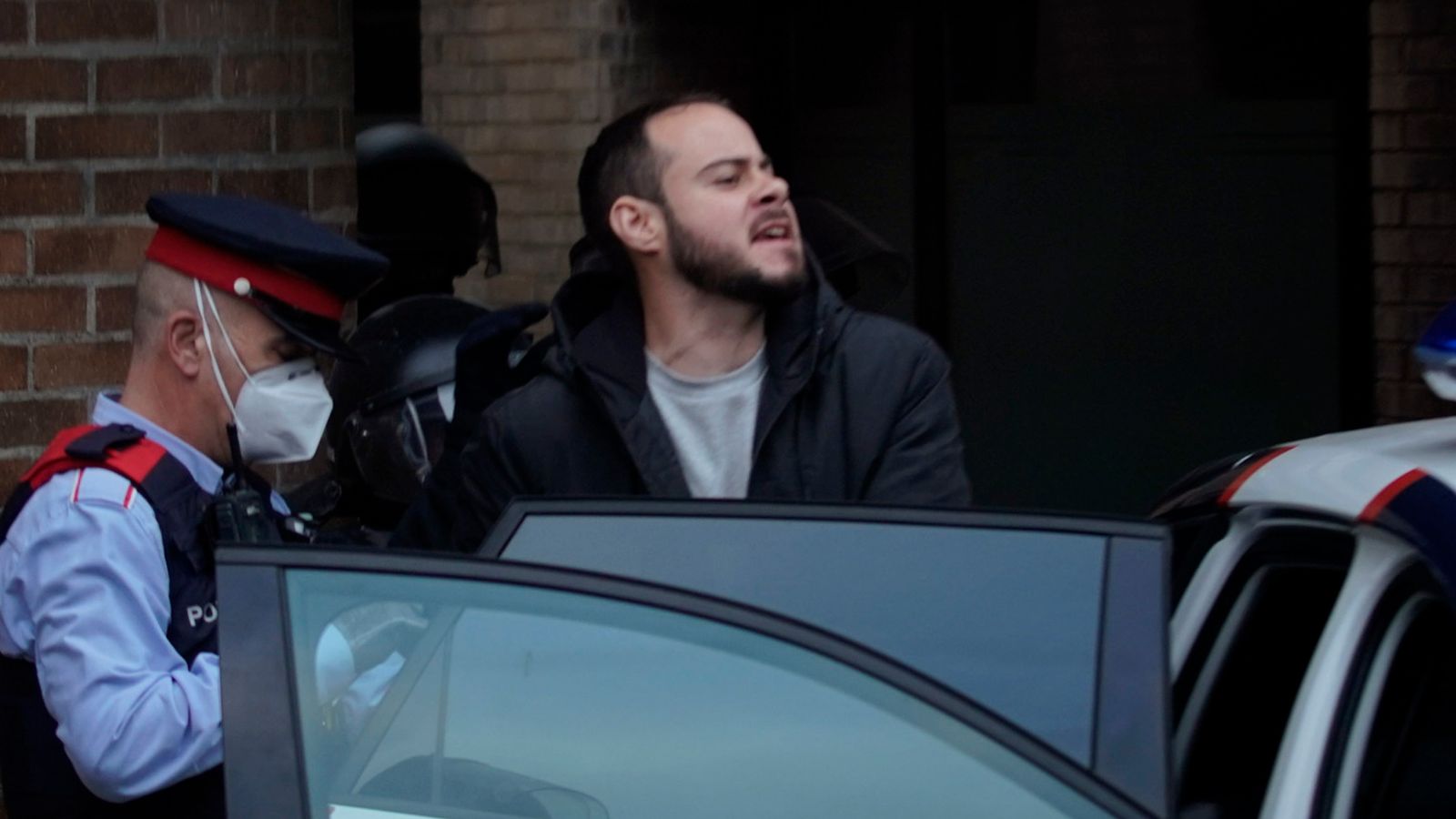 Spanish rapper Pablo Hasel has been arrested after a 24-hour standoff with police that saw him barricade himself inside a university to avoid prison.

The 32-year-old, whose real name is Pablo Rivadulla Duro, is due to serve a nine-month reduced sentence for charges from 2018 of glorifying terrorism and insulting the royal family.

This was a result of tweets and songs he wrote between 2014 and 2016 in which he called former king Juan Carlos a mafia boss and praised a now-defunct leftist armed extremist group.

He also compared a court to the Nazis.

Image: Hasel was barricaded in the university building with 50 of his supporters. Pic: Associated Press

On Monday, after a 10-day period for him to voluntarily go to prison expired, Hasel barricaded himself inside a building with 50 of his supporters at the University of Lleida in Spain’s Catalonia region.

The artist – who also supports the movement for Catalan independence – was tweeting throughout the near 24-hour standoff, saying his resistance to arrest was to highlight his campaign for freedom of speech.

“I stayed here without going into exile to contribute more to spreading the message, to the mobilisation and above all to the organisation,” he posted in one of his final tweets before police entered the building on Tuesday morning.

“They will imprison me with my head held high for not having yielded to their terror, for having contributed my grain of sand to what I mention. We can all do it.”

Hasel’s case has received a lot of attention in Spain, and is also said to have prompted the left-wing coalition government to announce an easing of restrictions on free speech.

Neither Hasel nor a timeline for the changes have been mentioned; however, the government said it would look to remove prison terms for charges related to free speech.

More than 200 artists have also signed a petition in support of the rapper. Such signatories include the acclaimed film director Pedro Almodovar and Hollywood actor Javier Bardem.

COVID-19: When will schools reopen in the UK? Here’s what to expect