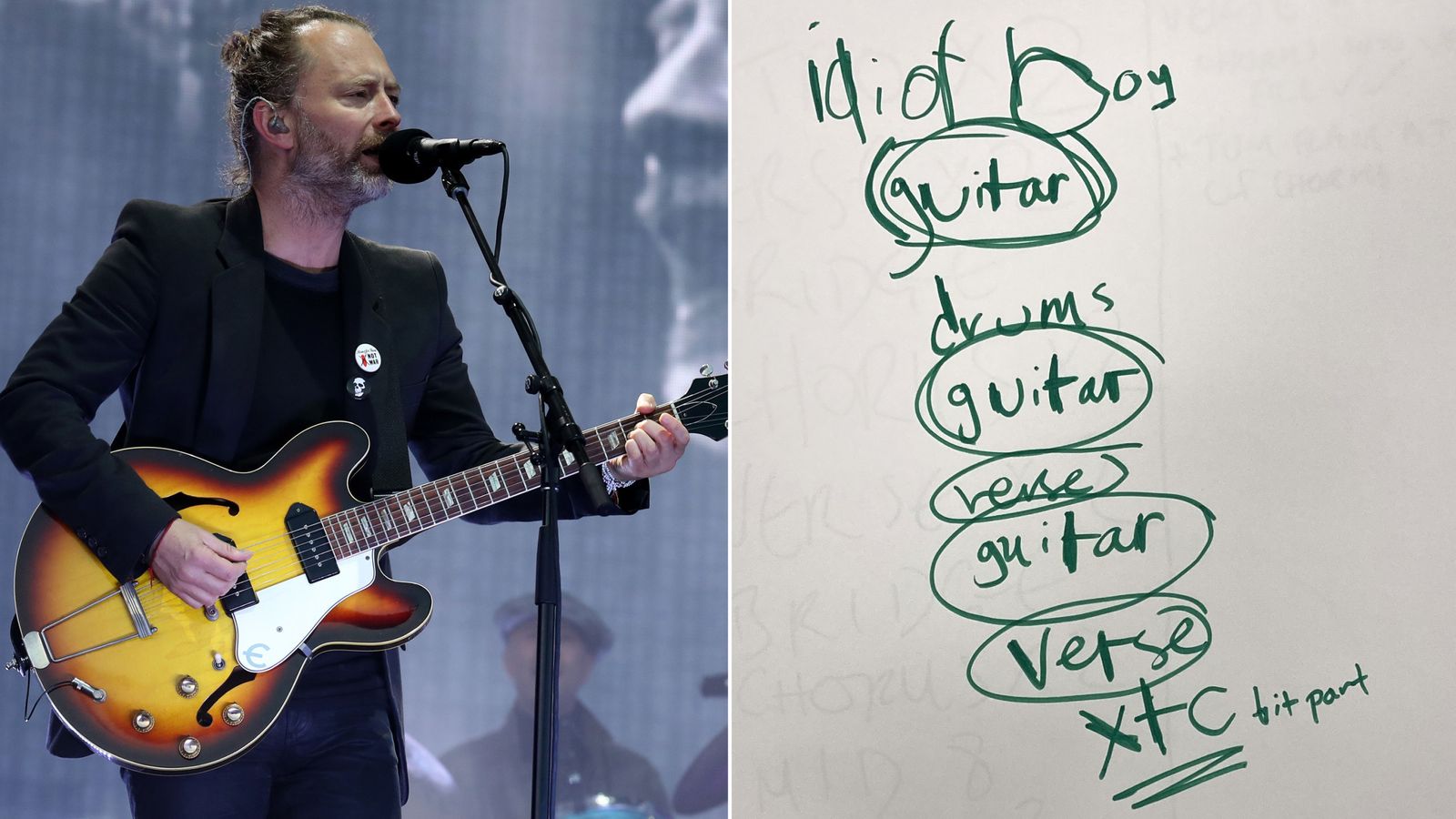 A sketchpad used by Radiohead to note ideas for their critically acclaimed second album The Bends is due to be sold at auction.

The band, fronted by Thom Yorke, rehearsed for the album in a disused barn at a fruit farm in Oxfordshire in 1993, before its release two years later.

At the end of their sessions they left their A2 sketchpad, featuring hand-drawn drawings, chords and lyrics. It was retrieved by a man who cleared the studio space after previously lending them instruments and a PA sound system.

Image: The pad features workings on unknown songs, as well as lyrics to Street Spirit (Fade Out), one of the band’s biggest hits

Now, almost 30 years later, he is selling the piece of Radiohead music memorabilia, which could fetch more than £10,000.

The man, who wishes to remain anonymous, said the sketchpad had been left along with some carpeting that had been used for acoustics.

“When the sessions were over I went to retrieve my equipment and ‘clear out’ the room,” he said.

“I was informed that anything remaining in the room was not required by the band and should be thrown away or kept by me if I so wished. I kept the sketchpad and discarded the carpeting.”

The eight-page sketchpad contains workings for two unknown songs, Too Easy and Idiot Boy, as well as lyrics for one of their biggest hits, Street Spirit (Fade Out).

Experts say it gives “an insight into a crucial period in the group’s history” following the success of their debut single, Creep, and album Pablo Honey.

Image: A 1960 Fender Precision bass guitar used by Jonny Greenwood is also due to be auctioned

Auctioneer Paul Fairweather said: “The Bends was absolutely crucial to the band’s success and the notepad really gives an insight into the fascinating creative process that resulted in the creation of [a] true classic of the genre.”

A 1960 Fender Precision bass guitar used by Jonny Greenwood on the album is also going under the hammer.

A demo featuring previously unheard tracks, written when the group was called On A Friday, sold for £7,600 in January.

The items will be sold at Omega Auctions in its Music Memorabilia sale on 23 February.