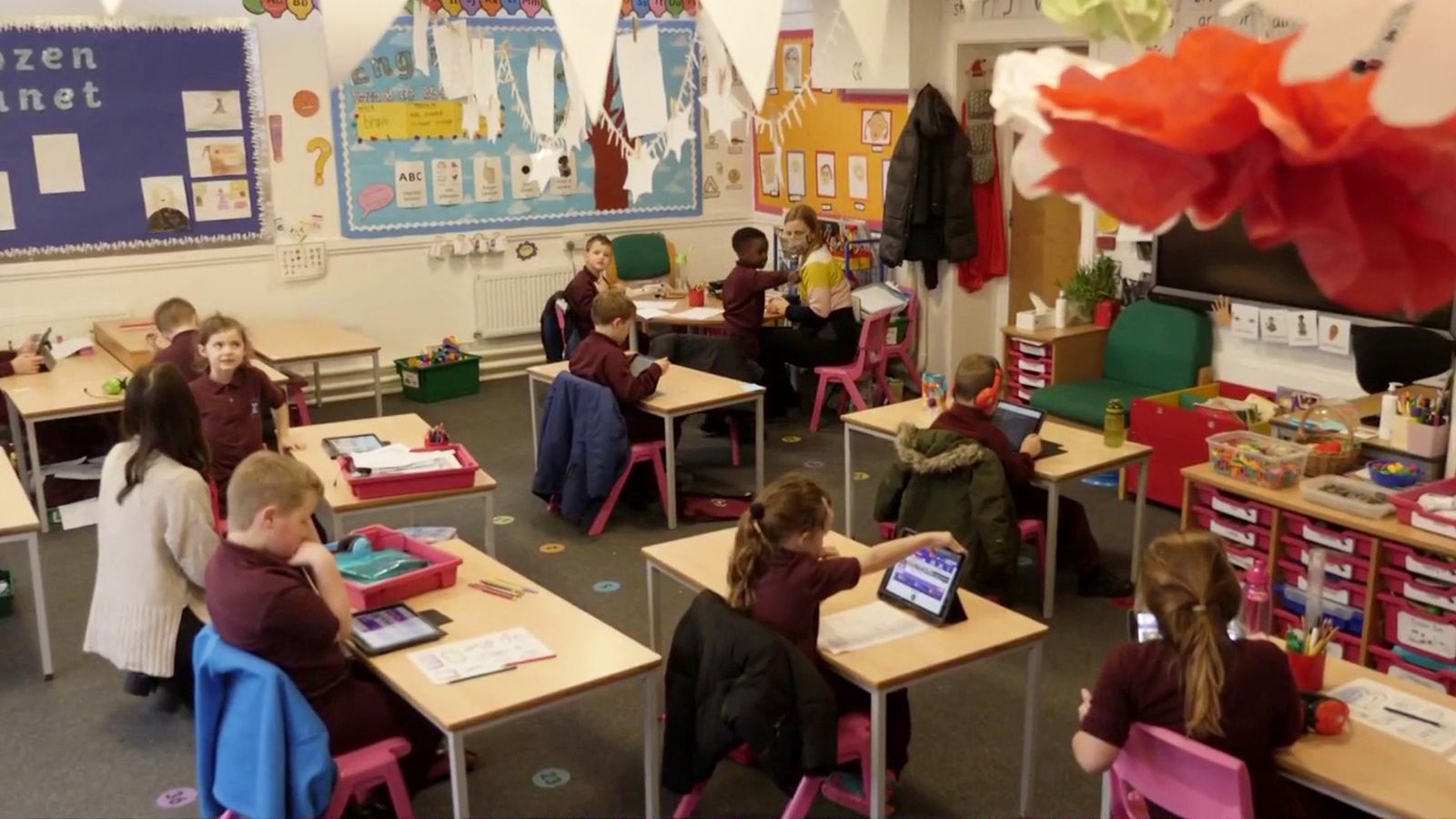 England’s children’s commissioner will warn later that the government is not doing enough to help the most vulnerable children.

Anne Longfield will say children must be at the centre of the prime minister’s plan to “build back better” after the COVID-19 pandemic is under control.

In her final speech in the role, she will talk about her frustration with Whitehall officials, many of whom “have never met any of the children they are responsible for”.

“So many seem to view them as remote concepts or data points on an annual return,” she will say.

“This is how children fall through the gaps – because too often the people in charge of the systems they need simply don’t see them and try to understand their world.

“I have to force officials and ministers to the table, to watch them sit through a presentation, maybe ask a question, and then vacantly walk away.

“I do not believe this truly reflects the extent of government and the public’s commitment to helping children succeed.”

Ms Longfield is to step down at the end of the month after six years advocating for England’s children.

Image: Some children can be schooled at home but many do not have the equipment or help they need

She will call on Boris Johnson to ensure that we do not “define children by what has happened during this year”.

Once the virus is under control, schools, sports halls and swimming pools should be used in the evenings, weekends and holidays as part of a year of opportunity to help children to “catch up with confidence”, she will say.

“It will take political will and funding – an opportunity fund – measured in billions, but it would be worth every penny. It should be led by the prime minister.”

Ms Longfield will criticise the Treasury for an “institutional bias against children”, saying that only around £1bn has been dedicated to pupil support, despite the Institute for Fiscal Studies warning that school closures could lead to a loss in earnings of £350bn.

Of particular concern is uncertainty surrounding Universal Credit – a £20 per week increase, introduced as part of the government’s COVID-19 support package last year, is due to expire at the end of April.

Ms Longfield will say: “If the government is really focused on educational catch-up, it wouldn’t even countenance pushing 800,000 children into the type of devastating poverty which can have a much bigger impact on their life chances than the school they go to or the catch-up tuition they get.”

A government spokesperson said: “Protecting vulnerable children has been at the heart of our response to the pandemic, driven by our commitment to level up opportunities and outcomes.

“That’s why we have enabled the most vulnerable children to continue attending school in person, while providing laptops, devices and data packages to those learning at home and ensuring the most disadvantaged children are fed and warm.

“We have also driven forward crucial reform in adoption, in the care system, in post-16 education and in mental health support – and our long-term catch up plans and investment of over £1bn will ensure we make up for lost time in education over the course of this Parliament.

“Anne Longfield has been a tireless advocate for children, and we’re grateful for her dedication and her challenge on areas where we can continue raising the bar for the most vulnerable.”