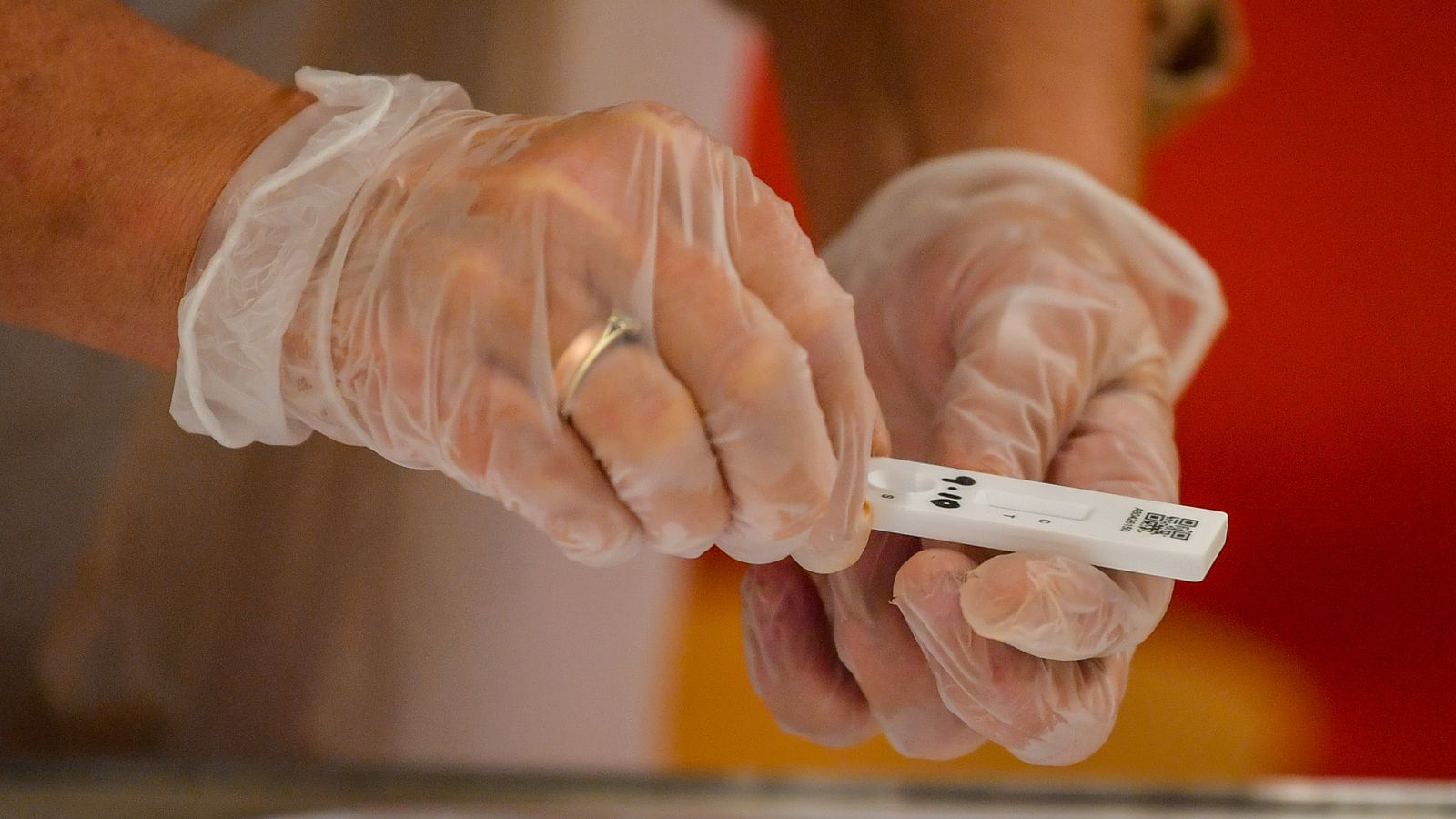 Like masks and lockdowns, lateral flow tests have become a point of contention during the pandemic. A debate has raged about how and when they should be used.

At the same time, as more evidence has been put forward to illustrate their strengths and weaknesses, an outline of a scientific consensus has gradually emerged.

Lateral flow tests are small, portable and give fast results, but their speed comes at some cost in accuracy.

Exactly how much less accurate they are than PCR tests is a matter of some debate, and the final results depend on who is being tested and who is doing the testing.

The short version of the accuracy debate goes like this: they should be able to detect the most infectious people, but they will give some infectious people the all-clear, so it’s important to use them in the right way, or risk dangerous consequences.

The question is: what is the right way, and is it the way the government is reported to be taking?

In general, scientists agree that lateral flow tests can be useful for “red light” testing: picking up asymptomatic cases and stopping them from passing on the virus.

The main worry is about “green light” testing, or testing to enable. If lateral flow tests are only of limited accuracy, the argument goes, then you can’t let someone do something potentially risky on the strength of one.

Late last year, for instance, it was proposed that lateral flow tests could be used to let families visit their loved ones in care homes, a classic case of “green light” testing. Some councils declined to go ahead with the scheme, citing fears of inaccuracy.

They introduced regular lateral flow testing of staff and residents on a “red light” basis, but they didn’t want to give visitors the all-clear to go into care homes on the say-so of a single test.

The concern about testing to enable is not confined to critics or political opponents of the government. The UK’s medical regulator, the Medicines and Healthcare products Regulatory Agency (MHRA) has approved lateral flow testing for schools in order to find infectious staff and students, but it has not licensed them for keeping contacts in schools.

If one student in a classroom tests positive, then the MHRA says their close contacts shouldn’t be allowed to stay in school on the basis of a lateral flow test. That would be a “green light” test, because it would enable something to go ahead which otherwise would not happen.

For this reason, it is worth treating the reports of the government’s plan for mass testing with a certain scepticism.

Unless the MHRA changes its mind, it is hard to see how lateral flow tests will enable every school to stay open no matter what happens with the virus. The hope must be that they will be able to stop infections at the gate, not allow life to go back to normal (although their use could be expanded if pilot programmes showed good results).

Whatever happens, one thing is clear: communication is key. Lateral flow tests aren’t straightforward and people need to be told what the results mean and don’t mean.

As a recent British Medical Journal paper on lateral flow tests put it: “Robust communication that a negative lateral flow result does not mean ‘not infectious’ is essential, and symptomatic people must continue to isolate.”

Does the government’s reported mass testing slogan – “Are you ready? Get testing. Go” – meet this standard? Even with the best will in the world, it’s hard to say that it does.

In truth, if we are to get ready and go, then there is no substitute for low prevalence in the community. This was the message Professor Dame Angela McLean, the Chief Scientific Adviser to the Ministry of Defence gave today when she was questioned by MPs on the scientific basis for lifting restrictions.

She was asked: “What can we do to keep schools safe?”

Her answer: “Keep infection down in the rest of the community.”

This is the deepest question any large-scale testing programme must answer: not how it will work, but whether it is the right focus, given the other options available.

Lateral flow tests are most effective when they are done repeatedly, so they place a significant burden on anyone who’s asked to do them; and if they’re being done on enough people then the cost will rise very quickly.

Is this really the best use of our time and money? Is it really going to be more effective than simpler measures such as self-isolation?

As ever with lateral flow testing, the answer to this question depends on the way in which they are used. If their use is focused and precise, then they do not have to be a strain on resources. If they are used for mass testing of asymptomatic people, as has been suggested, then, in the words of that BMJ paper, they are “unlikely to be feasible or cost effective”.

In other words: the details matter. The newspaper reports are tantalising, but to pass proper judgement on this plan we will have to wait until 22 February, when the PM lays out his “roadmap” for the release of lockdown.