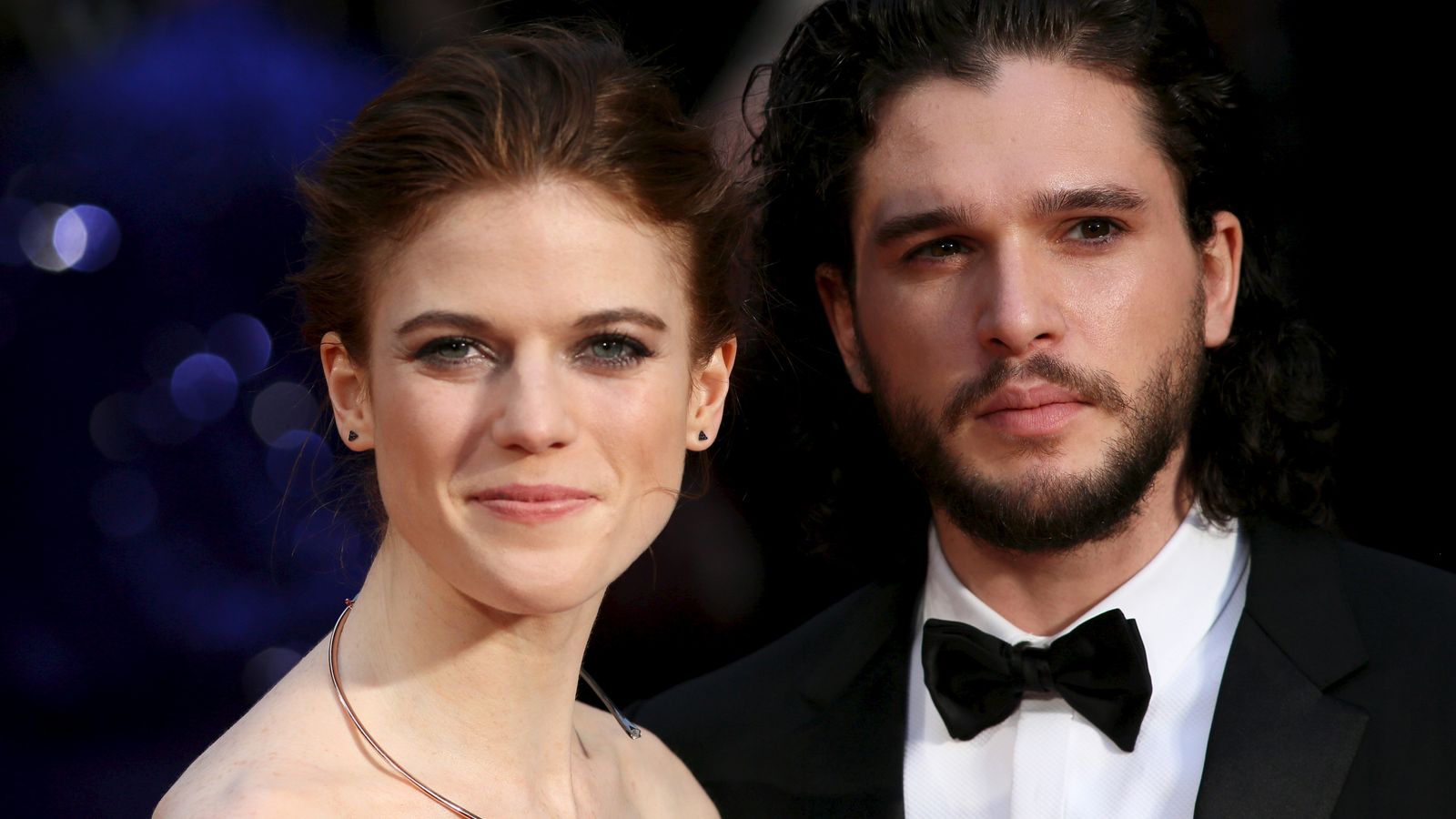 Game Of Thrones stars Kit Harington and Rose Leslie are celebrating the birth of a baby boy.

A representative for the couple confirmed the arrival of the couple’s first child together. No further details were given.

English actor Harington and Scottish actress Leslie, both 34, had been photographed with the newborn while out in London.

Image: The couple got married in Scotland in 2018

The pair met while filming in Iceland for the epic HBO/ Sky Atlantic fantasy series Game Of Thrones, which ran for eight seasons from 2011 to 2019.

Harington starred as hero Jon Snow from the beginning until its much-hyped end, while Leslie played Ygritte from 2012 to 2014.

As romance blossomed in real life, the characters also had an on-screen relationship, with Ygritte becoming famous for the phrase: “You know nothing, Jon Snow.”

They got married at Leslie’s ancestral castle in Aberdeenshire in 2018, in a ceremony attended by co-stars including Peter Dinklage, Maisie Williams, Sophie Turner and Emilia Clarke.

More from Game Of Thrones

Leslie’s pregnancy was revealed in a photo taken for a magazine interview and the couple confirmed the news in September 2020.

Speaking about their relationship in an interview before their nuptials, Harington said: “If you’re already attracted to someone, and then they play your love interest in the show, it becomes very easy to fall in love.”

Following Game Of Thrones, Leslie has appeared in TV series The Good Fight and filmed Hercule Poirot remake Death on the Nile, due for release later in 2021.

Harington has starred in films including The Death And Life Of John F Donovan and How To Train Your Dragon, and also has a role in Eternals, a film also scheduled for release this year.