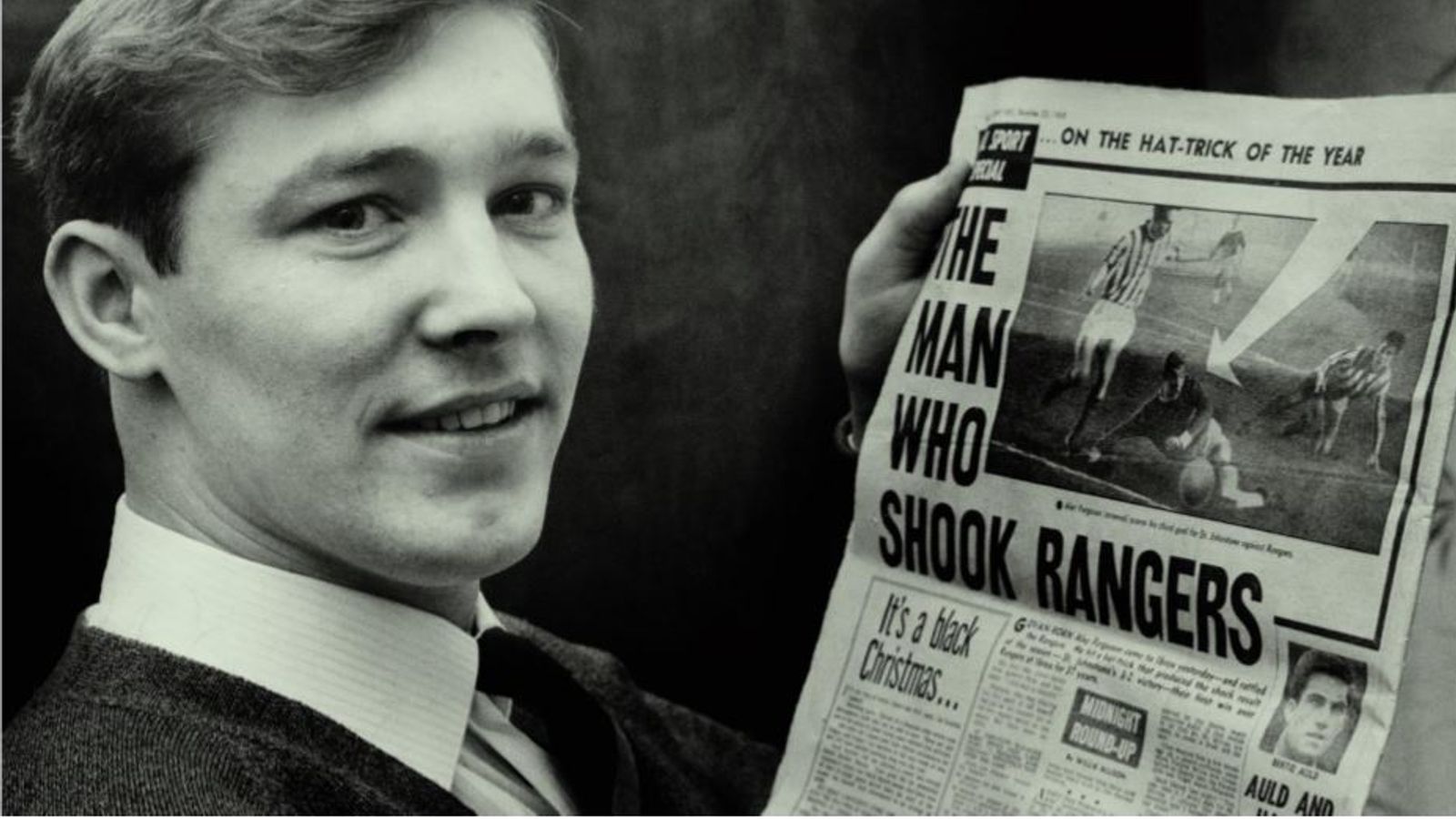 Sir Alex Ferguson has revisited the most important moments of his life for a documentary filmed as he feared he might lose his memory following a brain haemorrhage.

The film, directed by his son Jason, is set to premiere at the Glasgow Film Festival in March.

In Sir Alex Ferguson: Never Give In, the former Rangers player and Manchester United boss looks back on his life and footballing career, which saw him pick up more trophies than any other manager in the sport’s history.

Sir Alex underwent emergency surgery after suffering a brain haemorrhage in May 2018. A few months later, he released a video in which he thanked medical staff for saving his life.

Speaking about the new documentary, Sir Alex said: “Losing my memory was my biggest fear when I suffered a brain haemorrhage in 2018.

“In the making of this film I was able to revisit the most important moments of my life, good and bad. Having my son Jason direct this film has ensured an honest and intimate account.”

On the day of the film’s premiere, the father and son will also take part in a question and answer session for the festival, which is taking place virtually this year due to COVID-19 lockdown restrictions. The film screening is free, with a limited number of virtual tickets available.

Fans will also be able to see it in cinemas, as long as restrictions are lifted, from 27 May, and it will also be available on Amazon Prime Video in the UK and Ireland from 29 May.

Two other premieres, including the first UK screening of Tina, a film about Tina Turner, will also take place at the film festival.

Described as “the defining and inspirational record of one of the greatest survivors in modern music”, Tina is directed by Oscar-winning filmmakers Dan Lindsay and TJ Martin.

Both will premiere on 5 March.

In total, the festival will screen 10 world premieres, three European premieres and 49 UK premieres on its digital platform, Glasgow Film At Home.