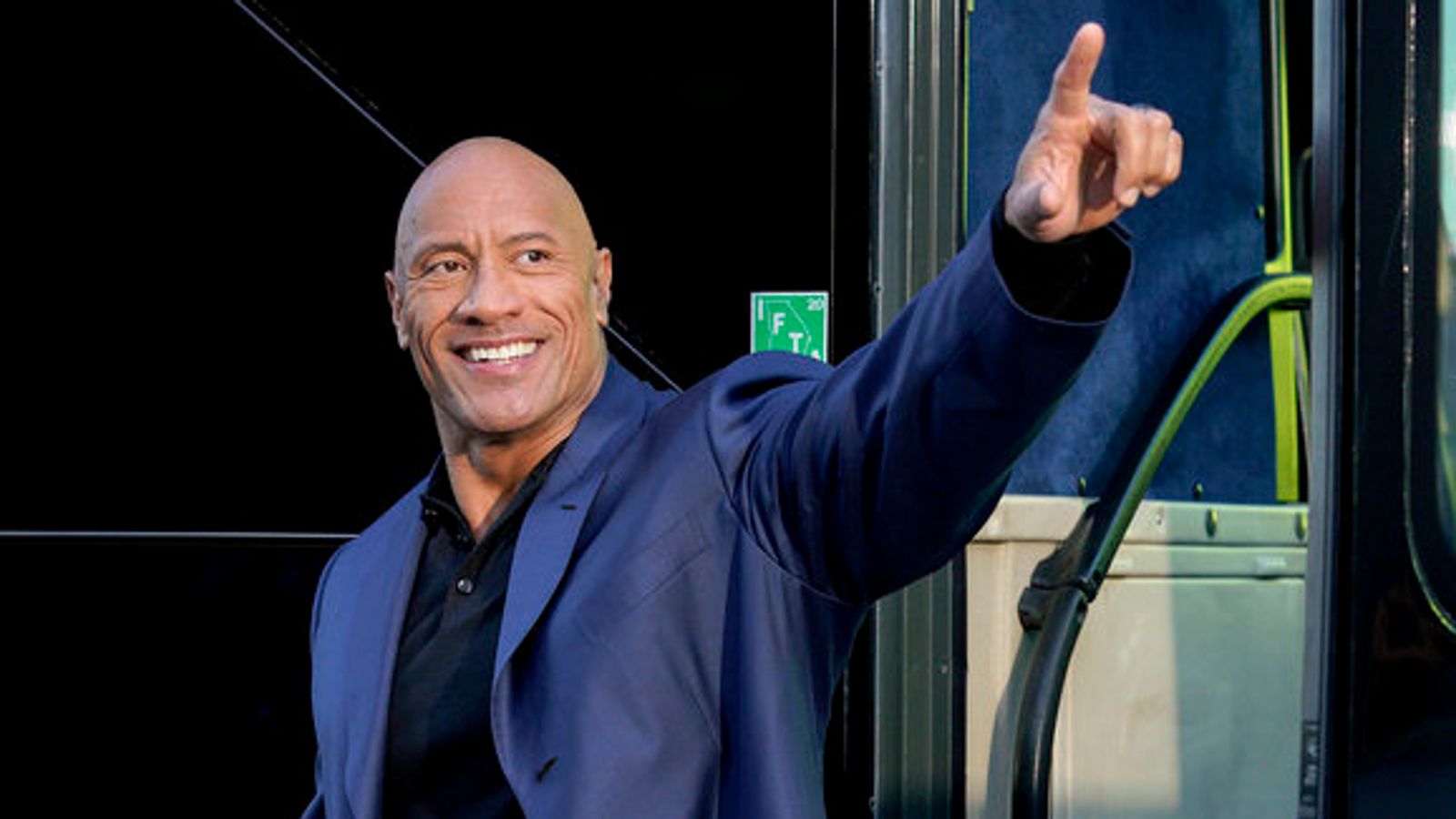 He’s among Hollywood’s highest-paid actors and one of the most successful professional wrestlers ever – but it seems Dwayne Johnson isn’t resting on his laurels.

In a new interview, The Rock has revealed he is potentially interested in a move to the White House.

“I would consider a presidential run in the future if that’s what the people wanted,” the star told USA Today. “Truly I mean that, and I’m not flippant in any way with my answer.

Image: Adrian Groulx is one of the child stars who plays a young Johnson in the show. Pic: NBC Universal Media/AP

“That would be up to the people… So I would wait, and I would listen. I would have my finger on the pulse, my ear to the ground.”

Johnson was asked the question while promoting his new coming-of-age comedy series Young Rock, which sees the star playing himself and campaigning for president in 2032.

The show is inspired by his own childhood, with younger versions played by Adrian Groulx, Bradley Constant and Uli Latukefu.

Johnson has spoken out about running for president before, telling GQ in 2017: “I think that it’s a real possibility.”

In September 2020, he endorsed Joe Biden with a video interview in which he described the then upcoming election as “arguably the most critical” in decades.

Johnson said at the time that he was a “political independent and centrist” who had voted for both the Democrats and the Republicans in the past.

During a question-and-answer session with TV critics earlier in February, Johnson was asked if he would invite US Senator Elizabeth Warren – a self-proclaimed fan of his 2015-19 sports comedy Ballers – to make a cameo appearance in Young Rock.

“If we’re lucky enough to come back for a second round (of episodes), then maybe she will then,” he said.

“I can see that happening. It all depends on how far we go with it. But I am friends with Senator Warren, President Biden as well, and Vice President Kamala Harris, and so I wouldn’t rule it out.”