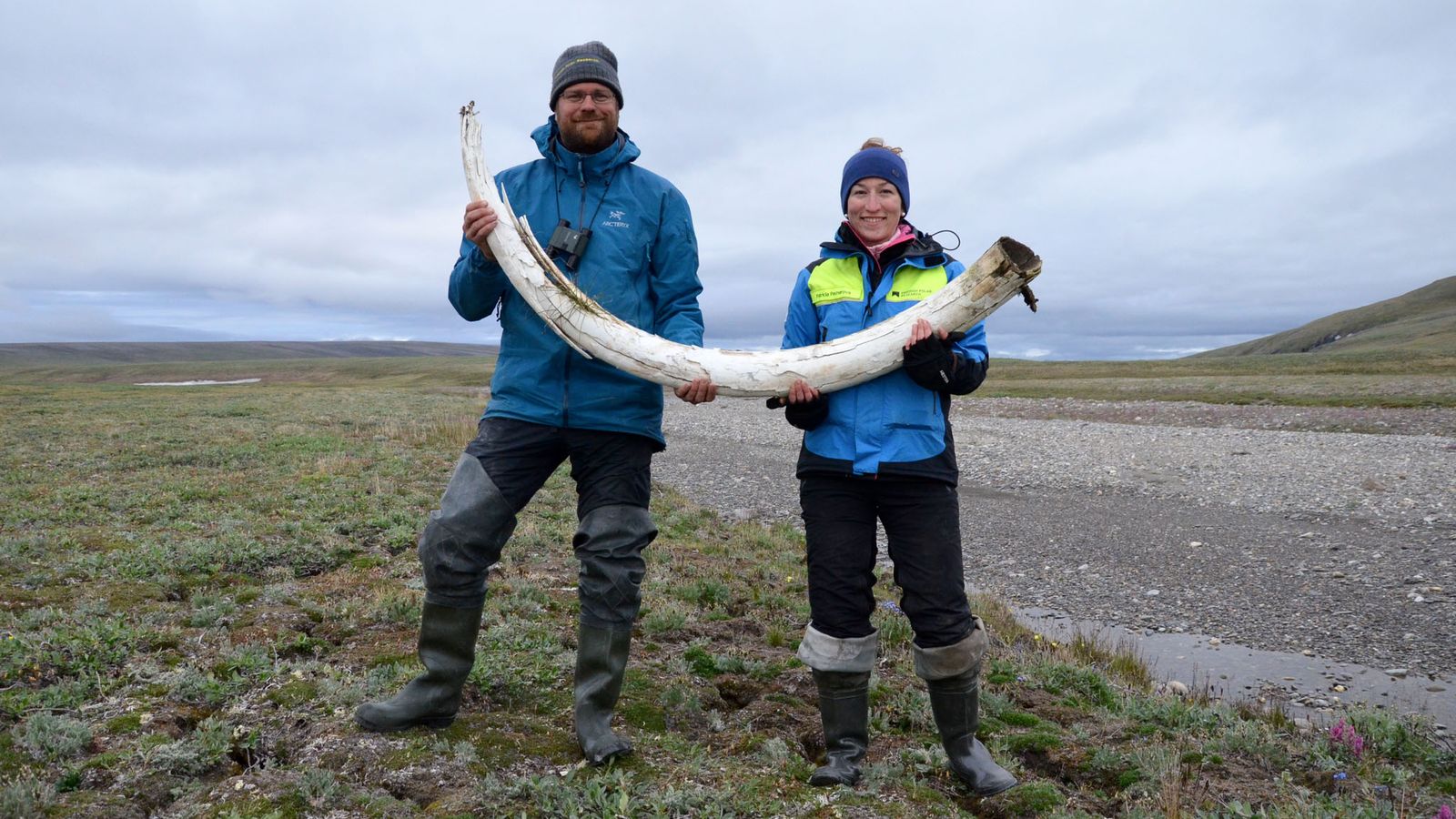 The world’s oldest DNA ever recovered has been extracted from mammoth remains that are up to 1.2 million years old, scientists believe.

Researchers from Sweden have analysed small amounts of DNA from the teeth of three mammoth specimens, which were unearthed from the Siberian permafrost in the 1970s.

Previously, the oldest DNA sequenced was from a 700,000-year-old horse.

Image: A Krestovka tooth specimen, which is thought to be around 1.2 million years old – the oldest DNA recovered

Love Dalen, a professor in evolutionary genetics at the Centre for Palaeogenetics in Stockholm, said: “We have recovered DNA from mammoth remains that are up to 1.2 million years old.

“This is by a wide margin, the oldest DNA ever recovered.”

The findings, published in the journal Nature, shed light on how these extinct group of elephants evolved over millions of years before becoming extinct around 4,000 years ago, according to the researchers.

It was previously thought that there was only one mammoth species that roamed Siberia during the early Pleistocene epoch around 2.5 million years ago – the Eurasian steppe mammoth.

Image: The analysis showed that the specimen belonged to a previously unknown genetic lineage of mammoth – referred to now as the Krestovka mammoth. Pic: FILE

But the researchers said their results indicated there may actually have been two species with different genetic lineages.

Tom van der Valk, a postdoctoral researcher at the Centre for Palaeogenetics, said: “This came as a complete surprise to us.

“All previous studies have indicated that there was only one species of mammoth in Siberia at that point in time, called the steppe mammoth.

“But our DNA analyses now show that there were two different genetic lineages, which we here refer to as the Adycha mammoth and the Krestovka mammoth.

“We can’t say for sure yet, but we think these may represent two different species.”

The team said two of the samples were more than a million years old, while the third specimen dates back roughly 700,000 years and represents one of the earliest known woolly mammoths.

Analysis showed that the oldest specimen – at around 1.2 million years – belonged to a previously unknown genetic lineage of mammoth, which the researchers now refer to as the Krestovka mammoth.

Genetic analysis also showed that the Columbian mammoth – a species that inhabited North America during the last Ice Age – was a hybrid.

Roughly half of its genetic material came from the Krestovka lineage and the other half from the woolly mammoth, the researchers said.

Patricia Pecnerova at the University of Copenhagen said: “This is an important discovery.

“It appears that the Columbian mammoth, one of the most iconic Ice Age species of North America, evolved through a hybridisation that took place approximately 420,000 years ago.”

Meanwhile, the researchers say the second million-year-old specimen, from the Adycha mammoth, maybe an ancestor to the woolly mammoth.

This is based on an analysis of the gene variants that are associated with life in the Arctic, such as hair growth, cold tolerance, body fat and the ability to regulate core body temperature, the team said.