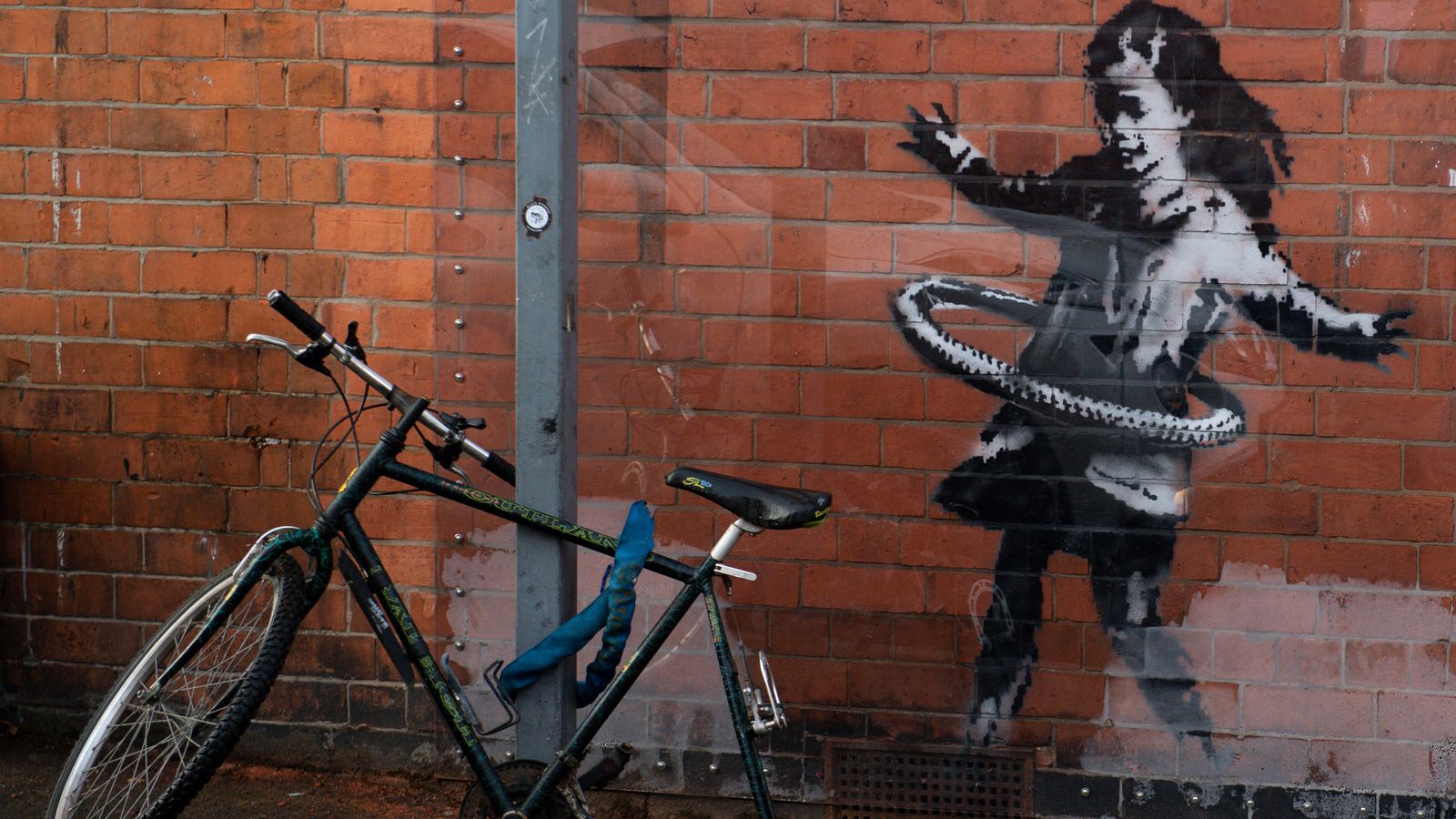 A Banksy mural was saved from a “death sentence” when it was removed from a wall by an art collector.

John Brandler, who owns Brandler Galleries in Essex, spent a six-figure sum to purchase the artwork, which was discovered in a student part of Nottingham last October.

The piece – which showed a girl hula-hooping with a bicycle tyre – was removed on Wednesday morning.

Image: The Banksy was removed on Wednesday morning. Pic: PA/@Dangolstein

Mould had started to form within the mural’s plastic casing, and Mr Brandler has plans to restore it before moving the artwork to a museum.

He said: “If I hadn’t bought it and removed it, in two years’ time there wouldn’t have been a Banksy there at all.

“I appreciate the council were trying to protect it from vandals coming along but actually it was creating a death sentence for it.

“I am pleased I’ve been able to save it from destruction.”

The mural will be sent to Scotland to be restored – at a cost of thousands of pounds, according to Mr Brandler – before it gets put on display in Bury St Edmunds.

The art collector did hint the piece might be able to return to Nottingham in the future, however.

“This isn’t a one-way street, work with me and it would be lovely to bring the whole show back,” he added.

Asked if he had heard from residents, Mr Brandler said: “Somebody told me it belongs to the people of Nottingham – no, it belonged to the person whose wall it was on.

“From what I hear they offered it to a number of organisations in Nottingham and nobody was interested.

Image: Mr Brandler has purchased other pieces by Banksy, including one in Port Talbot. Pic: @poblgroup

Among Mr Brandler’s collection are other works by Banksy, including Season’s Greeting from Port Talbot, Wales.

Dan Golstein, a student at the University of Nottingham who lives near where the mural used to be, was woken up at 6am by people removing the Banksy.

He said: “In terms of how I feel as a local, I think it’s a real shame that they decided to sell.

“I understand why, but ultimately it was a treasure to the community and it’s sad that now what is left is wooden board and debris.

“It was installed at a really difficult time for Lenton residents due to high COVID rates, and it brought a lot of life.”