Handforth Parish Council meets for the first time since December 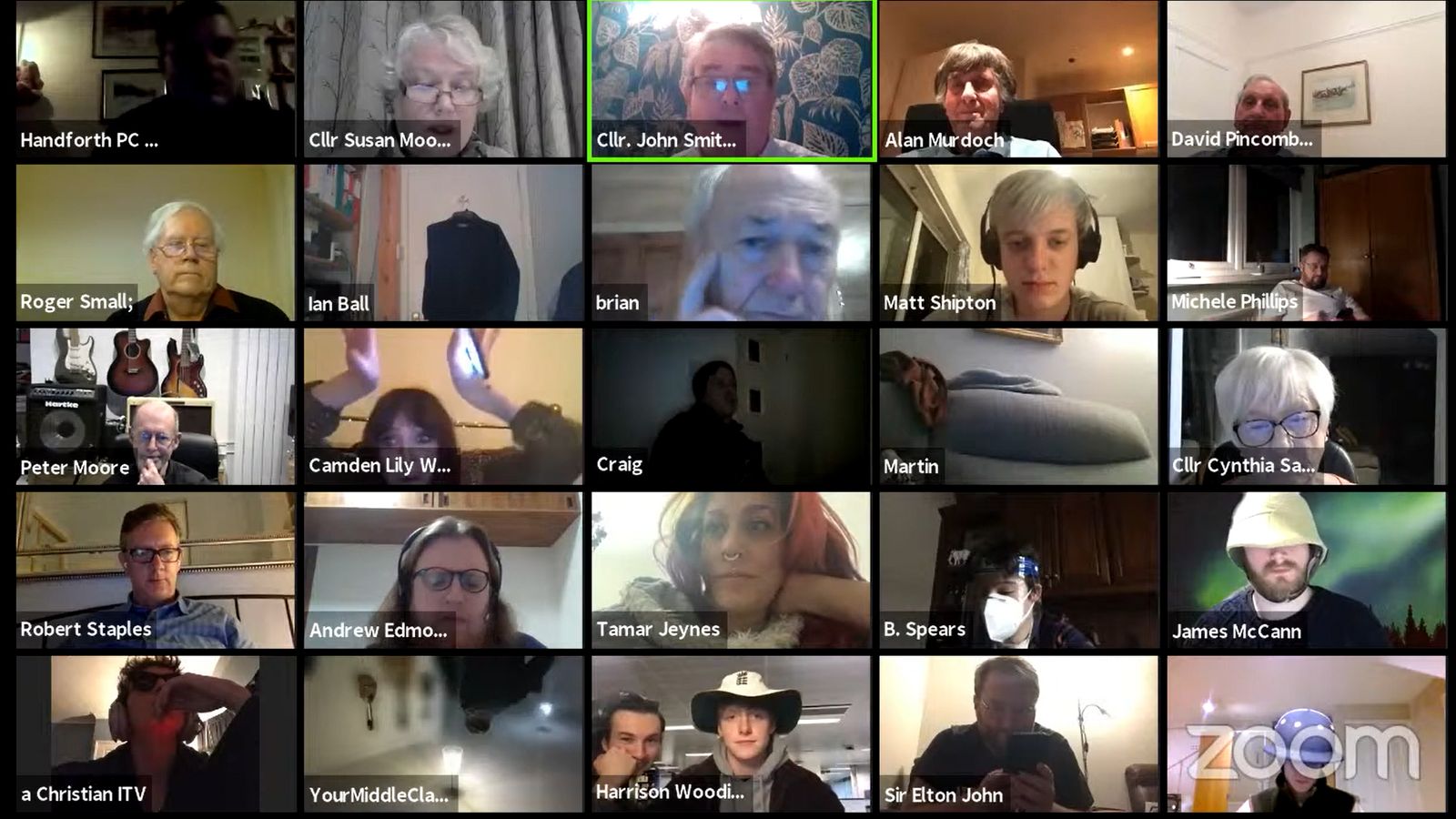 Thousands of people watched as the country’s most famous parish council got back to business – and back to its old antics.

Handforth Parish Council became an internet sensation after a chaotic Zoom meeting in December, which saw adviser Jackie Weaver trying to control a group of councillors who became more rebellious and disruptive as the meeting went on.

On Wednesday evening the council met again, two months later, watched by more than 3,000 people on YouTube and many more who joined the conference call.

And this time members of the public got in on the act, laughing and shouting: “Read the standing orders, read them and understand them”, mimicking the words of a councillor during the previous meeting.

Some of the observers were smoking and drinking and one wore a large safari hat while another regularly played the Benny Hill Show theme tune.

Councillors could not escape discussion of December’s meeting, with councillor John Smith clashing with Brian Tolver – the chairman who was booted out of that previous meeting by Ms Weaver.

Mr Tolver said Ms Weaver had been running that meeting “illegally” but Mr Smith said the comments made by Mr Tolver and others towards her were “abusive”.

Mr Tolver concluded: “I have much to dispute in what councillor Smith just said…I just don’t want to bore everybody but he was wrong on just about every point he raised.”

The December parish council meeting that took the internet by storm

When a member of the public asked if Mr Tolver wanted to apologise, Mr Tolver asked for the person to be muted.

The meeting went on for three hours and at the end Mr Smith said: “Hopefully next time we’ll be a bit more slick about it and the events of the last couple of weeks will have faded into the distance, so only those who are really interested in the parish council are here, rather than those who just want to act the fool.”

Earlier in the day, Ms Weaver had expressed the hope that the meeting might be “productive”, telling the PA news agency: “I would have been perfectly happy to have been involved this evening but I don’t think it’s right for Handforth.”

The motion, proposed by Cheshire East Conservative councillor Liz Wardlaw, claimed Mr Burkhill “made no attempt to intervene as it became clear participants in that meeting were being bullied”.