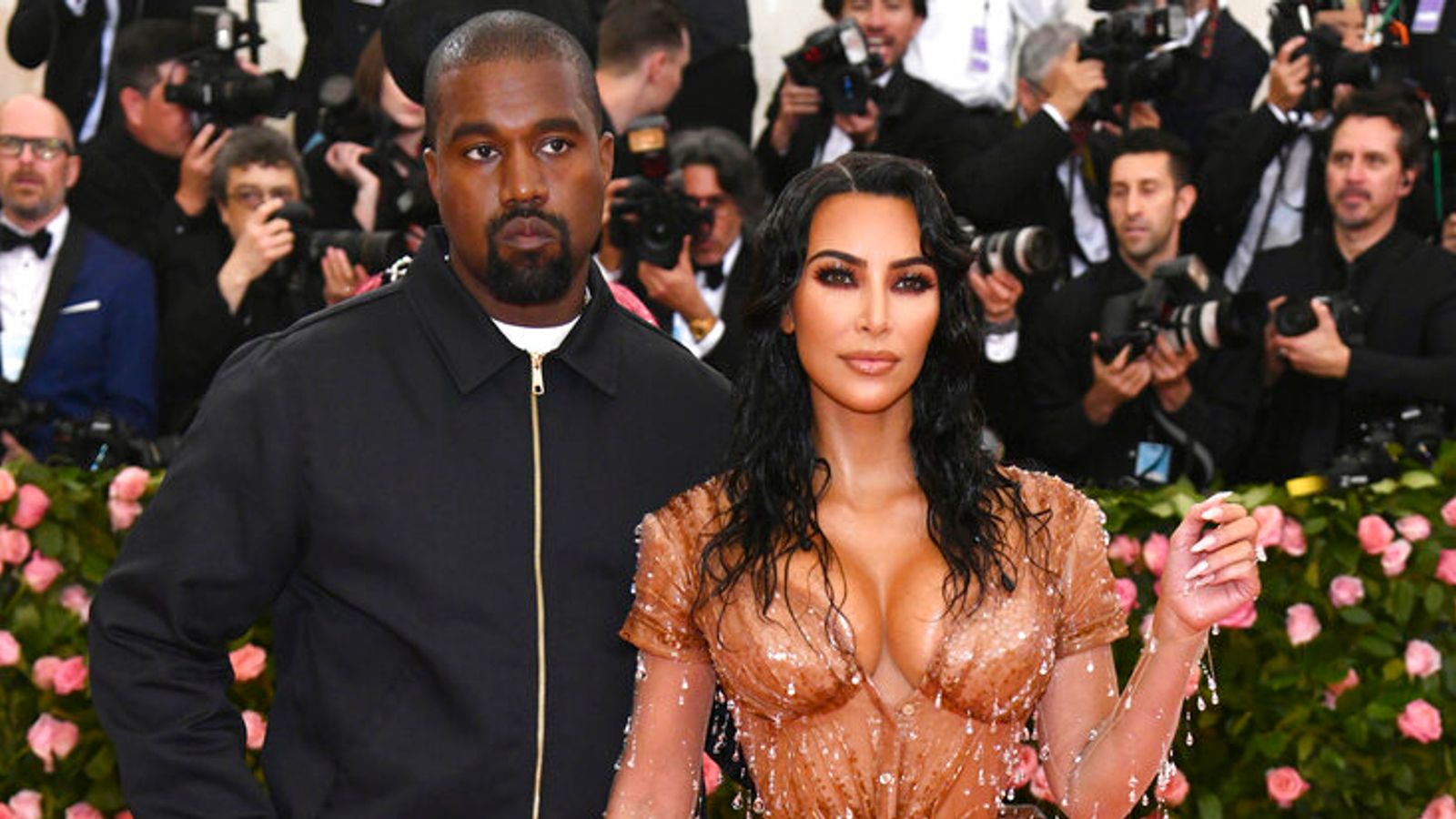 Kim Kardashian has filed for divorce from her rapper husband Kanye West after nearly seven years of marriage.

A representative for the 40-year-old reality TV star also confirmed that she had filed papers.

The grounds for the divorce were not immediately known.

Image: The couple have been living in separate homes over the past few months

TMZ said sources called the divorce “amicable,” saying Kardashian is asking for joint legal and physical custody of the couple’s four children, which the musician is “fine” with.

It follows months of speculation that the couple’s marriage was in trouble, with multiple sources telling US media that their “divorce is imminent” and Kardashian has hired renowned divorce lawyer Laura Wasser.

Kardashian, who shot to fame in the reality TV show Keeping Up with the Kardashians, married Gold Digger hitmaker West in 2014 – making them one of the biggest celebrity couples in Hollywood.

Their marriage is believed to have hit the rocks last year when West, 43, who suffers from bipolar disorder, ran an unsuccessful US presidential campaign marked by erratic statements under his self-styled Birthday Party.

In July, Kardashian, who is studying to become a lawyer, defended West’s behaviour in a statement urging compassion for his mental struggles.

However, the couple appeared to continue to grow apart with the 21-time Grammy winner spending most of his time at his ranch in Wyoming, while Kardashian resided in their Calabasas mansion outside Los Angeles.

Entertainment websites E! News, TMZ and Variety first reported on the split and it was later confirmed by the Associated Press.

The couple married in a ceremony at a Renaissance fortress in Florence, Italy, in May 2014 and have four young children: North, Saint, Chicago and Psalm.

It was the first marriage for the 43-year-old West, and the third for Kardashian.

The couple were previously friends before they began dating in 2012, and had their first child, North, in 2013.

West proposed later that year using the giant screen at the empty waterfront ballpark of the San Francisco Giants in front of her family, and the engagement was featured in an episode of Keeping Up with the Kardashians.

The beginning of the end of the marriage comes after the September announcement that her family’s reality show was coming to an end this year after 14 years.

Kardashian was previously married to NBA player Kris Humphries, whom she divorced after 72 days of marriage in October 2011.