It’s a case of no front row, no problem at this year’s London Fashion Week (LFW) – as the internationally acclaimed event hosts its first all-digital catwalks with designers showcasing gender-neutral apparel.

The five-day-long online event will merge its men’s and womenswear collections and is the first of the “Big Four” fashion events to move from the catwalk to online.

This comes after last month’s menswear show was cancelled by the British Fashion Council (BFC) due to the continuing coronavirus restrictions in the UK.

But with this season being entirely virtual, guests will be able to get a front row seat straight from their devices.

The move from the BFC to go gender neutral has freed up designers to explore exciting new avenues.

The event will showcase menswear, womenswear and everything in between, in the bid for brands to champion the combination of the collections.

Josephine Jones, model and the first transgender designer at LFW, tells Sky News she is “excited” about the dissolution of a binary gendered show.

“Clothing, to me, has always been about creativity and never boundaries… except breaking them, that is! Some of the chicest girls I know dress like boys anyway, and vice versa.”

She goes on: “When I showed at LFW there wasn’t anyone like me to emulate. I had to fight to create that change.”

British-Irish designer Paul Costelloe, armed with only a small team and selection of models, had to adapt from traditional modes of presentation to put together his A/W21 collection.

He tells Sky News: “I had never worked in film before the pandemic. We had to do a full collection with only five models, so we kept shooting for days till we got the full catwalk.”

The fashion veteran, who will celebrate his 36th year on LFW catwalk, said working on film has been “economically beneficial” for the brand.

Image: Costelloe says this year people have dressed their homes rather than themsleves. Pic: BFC

Since UK restrictions have only allowed essential shops to open, Mr Costelloe says his homeware collection has “doubled” as people have been dressing their homes rather than themselves.

“Sales since the pandemic have been dreadful, they hardly exist at all. We have survived on having other collections from handbags to homeware.

“Diversifying as a designer is important and we’ve spent time looking at getting into different products. Where designers are creative on the catwalk, they can do great and wonderful things online.”

Caroline Rush, chief executive of the British Fashion Council, told Sky News: “The digital platform was, of course, a first for everyone which meant there has been a lot to learn and develop.

“Whilst I do believe that digital will never replace the magic of in-person shows, for us it was really exciting to have the opportunity to create this platform that welcomes a much wider audience.

“The designers adapted swiftly by creating incredibly creative content that showed fashion can be so much more than the traditional shows.”

Image: Part of the Summer/Spring 2021 gender-fluid collection on the catwalk. Pic: BFC

In normal circumstances, the bi-annual event would see around 5,000 visitors flock to the capital with many more working behind the scenes.

Rush says those visitors are important in more ways than one, “not only supporting London Fashion Week but London as a city”.

She explains: “They stay at hotels, eat out at restaurants, attend plays, visit museums, shop on Oxford and Regent Street. There is a whole ecosystem supported by the event, something that is currently on pause.”

Since the pandemic the fashion industry, like many other creative outlets, has been left in a state of emergency.

The BFC estimates there have been 240,000 direct job losses and a level of contribution to GDP down from £35bn to £26bn.

With the UK travel restrictions still in place, it is continuing to have a detrimental effect on British fashion.

London Fashion Week will take place online at londonfashionweek.com from 19 to 23 February 2021.

Reminder of the dangers posed by deliberately setting bins alight 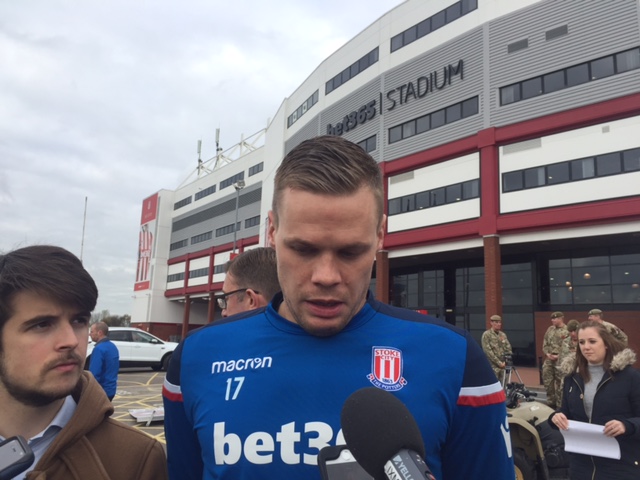