Briton, 21, becomes youngest woman to row solo across the Atlantic 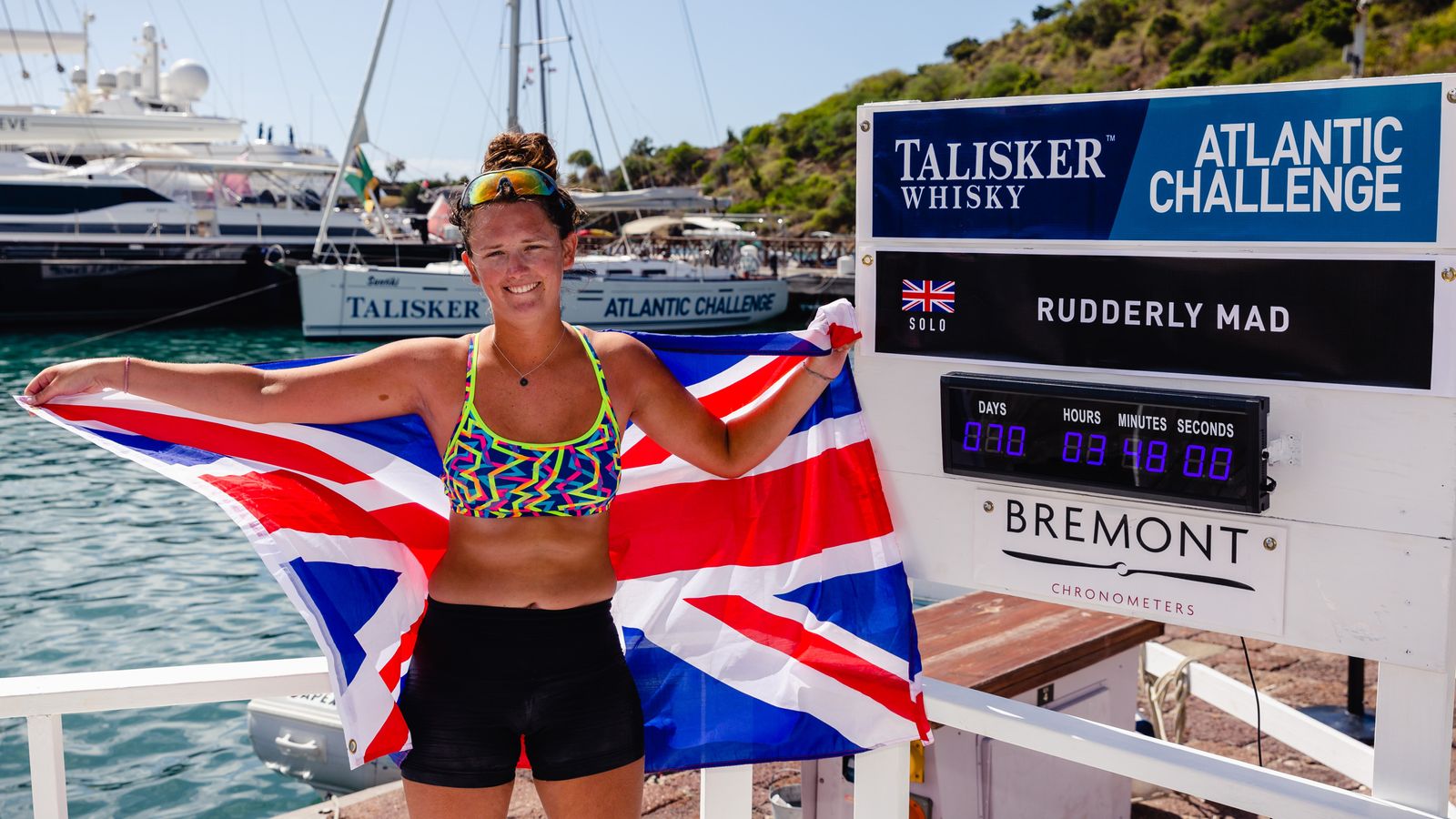 A 21-year-old Briton has become the youngest woman to row solo across the Atlantic Ocean.

Jasmine Harrison, from Thirsk in North Yorkshire, rowed 3,000 miles from the Canary Islands to Antigua as part of the Talisker Whisky Atlantic Challenge.

She finished her journey on Saturday after 70 days, three hours and 48 minutes. The feat also made her the youngest female to row solo across any of the world’s oceans.

After finishing, she said: “It’s the best experience a young person could ever want or have.

“I would do it again but at the same time I would rather have other people regardless of age doing it, so if I have inspired someone out there, I’m happy.”

When Ms Harrison left the Canary Islands on 12 December she was one of 21 teams, ranging from four-man crews to solo rowers, from a number of countries.

She was participating in a race she had first seen in 2017, while sailing through the Caribbean islands and teaching children to swim.

Ms Harrison chose Shelterbox as her charity to support during the race after seeing how the islands suffered from hurricanes.

Robyn Cummins, director of fundraising at Shelterbox, said the charity sent “heartfelt congratulations to Jasmine on her incredible achievement”.

Carsten Heron Olsen, chief executive of challenge organiser Atlantic Campaigns, said: “Every year we are amazed by the grit and determination shown by teams that take on the Talisker Whisky Atlantic Challenge and this year is no different.

The previous youngest female solo ocean rower was Katie Spotz, 22, from the US, who rowed across the Atlantic between 3 January and 14 March 2010.