Cocaine worth £184m found hidden in banana shipment from Colombia 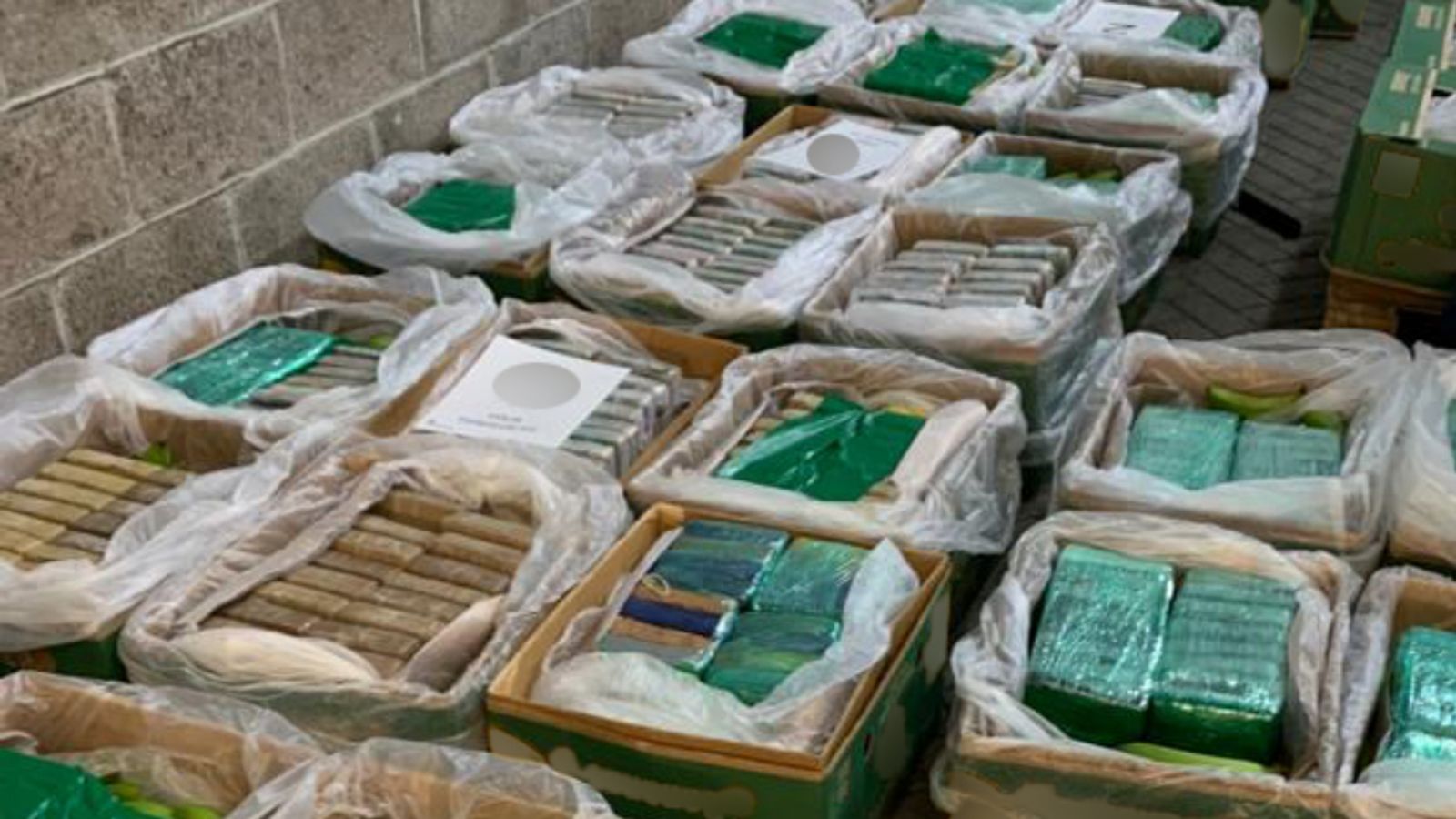 Around 2.3 tonnes of cocaine worth £184m has been found hidden in a shipment of bananas from Colombia.

Ten men, aged between 21 and 56, were arrested following an armed raid at an industrial estate in Tottenham, north London, on Thursday after the delivery of 41 pallets.

The National Crime Agency, which carried out the investigation with the Metropolitan Police’s Organised Crime Partnership, said the drugs could have been worth £184 million if sold on UK streets.

Image: The National Crime Agency seized the blocks of cocaine found in banana boxes Image: The Metropolitan Police said this was one of the UK’s largest seizures of the Class A drug

The cocaine had already been removed by Border Force officers at Portsmouth International Port on Sunday, after the consignment arrived on a cargo ship from Columbia the previous day.

Met Police Detective Superintendent Simon Moring said the operation had “resulted in one of the UK’s biggest ever seizures of cocaine – around 2.3 tonnes”.

“This significant seizure means that these dangerous drugs cannot reach the streets of London and beyond, where they have the potential to cause great harm to people and communities,” he said.

Three of them have been charged with the importation of Class A drugs, while the other seven remain in police custody.

Image: The drugs were seized at Portsmouth over the weekend Image: Three men have been charged with the importation of Class A drugs, while the other seven remain in police custody

John Coles, head of specialist operations at the NCA, said: “The numbers here speak for themselves; this is a massive seizure which has denied organised criminals hundreds of millions in profits, and is the result of a targeted investigation conducted jointly by the NCA and Met Police.

“The NCA is focused on disrupting the organised crime groups posing the most significant risk to the UK, which includes those involved in class A drug supply.”