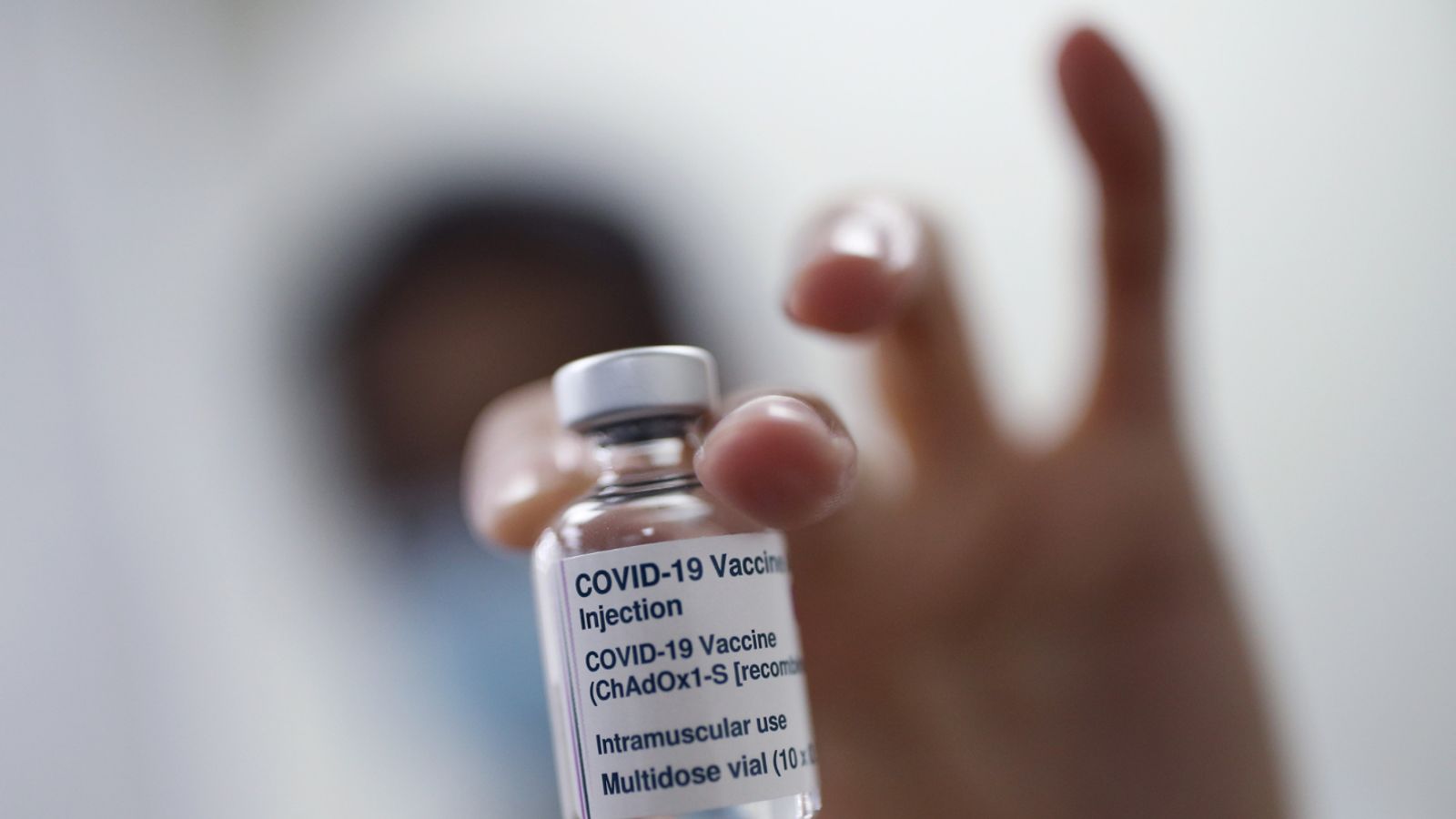 The Oxford vaccine is more effective when doses are delivered three months apart rather than six weeks, a new study has confirmed.

With three months between the first and second dose there was an overall efficacy of 81%, compared to 55% for a six-week interval.

The first dose offered 76% protection in the three months between doses, according to University of Oxford research published in The Lancet.

The findings are a boost for the UK vaccination programme, as Britons will receive doses of Oxford/AstraZeneca vaccines up to 12 weeks apart – the same as for the Pfizer vaccine.

The report supports the government’s strategy that rolling out first doses – with a second dose after three months – is effective at reducing disease.

It also means countries could be able to vaccinate a larger proportion of the population more rapidly amid a potential resurgence in infections and new, more transmissible variants of the virus.

The findings also support the policy recommendation made by the Joint Committee on Vaccination and Immunisation (JCVI) for a 12-week interval between doses.

Test results released by Oxford University earlier this month showed a 67% reduction in positive COVID-19 swabs among those vaccinated.

The report also said that a single standard dose of the Oxford/AstraZeneca vaccine is 76% effective from day 22 to day 90 after the jab – meaning protection was not reduced in the three months between the first and second dose.

Image: A member of the public receives the Oxford vaccine

The latest findings released today show that “a longer interval provides better protection after a booster dose without compromising protection in a three-month period before the second dose is administered”, according to the study’s authors.

However, the researchers are urging people to have two doses of the vaccine since is not yet clear how long protection with a single dose of a COVID-19 jab may last.

Study lead author Professor Andrew Pollard, University of Oxford, said: “Vaccine supply is likely to be limited, at least in the short term, and so policy-makers must decide how best to deliver doses to achieve the greatest public health benefit.

“Where there is a limited supply, policies of initially vaccinating more people with a single dose may provide greater immediate population protection than vaccinating half the number of people with two doses.”

He added that in the long-term, a second dose of a COVID-19 jab “should ensure long-lived immunity”, and encouraged people to ensure they receive both doses.

For the study, researchers combined data from trials in the UK, Brazil and South Africa with a total of 17,178 people over the age of 18.

Looking at the interval between two standard doses and its impact on efficacy, participants who were given their doses 12 or more weeks apart had greater protection (81%) than people given their two doses less than six weeks apart (55%).

The results were supported by immune response results in 18 to 55-year-olds, which found that binding antibody responses were more than twice as high in the group having their two vaccines with a longer delay.

Professor Pollard added that real-world assessments of how the vaccine is working in the population will be needed to confirm this preliminary result.