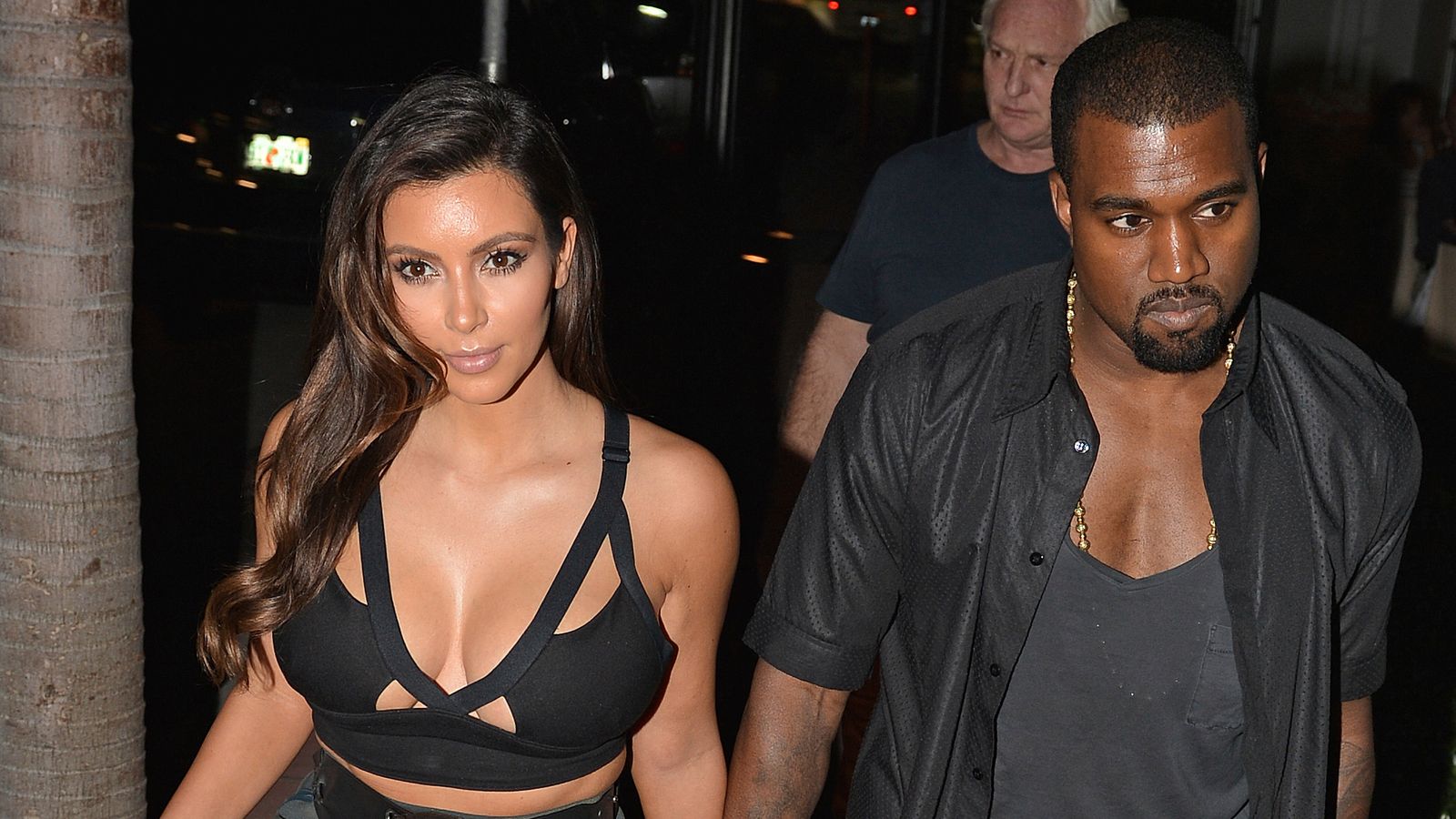 Kim Kardashian and Kanye West were undoubtedly one of the most powerful couples in the world, using their wealth, fame and sometimes infamy, to capture global attention.

On Friday, Kardashian, 40, decided to call it quits on their six-and-a-half-year marriage, filing divorce papers in Los Angeles.

The couple started dating around April 2012, but had been friends for years before – with West, 43, appearing on an episode of Kourtney And Kim Take New York two years earlier.

Image: Kim and Kanye, pictured here in 2012, had been good friends for several years. Pic: XPX/STAR MAX/IPx via AP

West was at the height of his music career at the time, and had just completed his global Watch The Throne tour with fellow rapper Jay-Z.

Kardashian, meanwhile, was still technically married to NBA star Kris Humphries – whom she spilt from after 72 days of marriage.

Image: The famous ‘Mrs Doubtfire’ dress that launched an onslaught of memes and jokes from the 2013 Met Gala. Pic: mpi01/MediaPunch /IPX via AP

They became regulars in the A-list social and fashion circles, appearing as a couple in September 2012 at Paris Fashion Week.

Three short months later – West revealed on stage that the pair were expecting their first child.

Memes were spawned in May 2013 when a heavily pregnant Kardashian appeared at the Met Gala alongside her new beau in a floral Givenchy gown and matching gloves.

Image: They became known for their appearances at celeb social events. Pic: Evan Agostini/Invision via AP

Their appearance at the gala was an example of how they captured the world’s attention – with even the late Robin Williams comparing her to his very own Mrs Doubtfire.

A month after appearing at the Met Gala, the couple’s first daughter was born. Speculation was rife over what the pair might call their first child, but they finally settled on the somewhat unconventional North.

The pair later went on to have three more children – Saint, Chicago and Psalm.

This cleared the way for Kardashian and Kanye to become Kimye, with West getting on one knee in typically bombastic fashion, by renting out a baseball stadium in San Francisco on his partner’s birthday.

On 24 May 2014, the pair made their vows to each other in a celeb-packed ceremony in Fort di Belvedere in Florence, Italy, with guests including the rest of the Kardashian-Jenner clan, Chrissy Teigen and John Legend, magician David Blaine and BFF Jonathan Cheban.

And it was of course the focus of an episode of her family’s TV show, Keeping Up With The Kardashians.

Their world came crashing down in October 2016, when Kardashian was robbed at gunpoint during Paris Fashion Week, and was bound and gagged during the raid which saw thieves make off with $10m (£7m) worth of jewellery.

West was half way through a gig when he was told of the attack, quickly jumping off stage to deal with the incident.

A month later, West was admitted to hospital after reportedly suffering “temporary psychosis due to sleep deprivation and dehydration”, forcing him to cancel his upcoming tour to recover.

In June 2018 after releasing his Ye album, West publicly revealed he had been diagnosed with bipolar disorder.

It was also around this time that the rapper started to attract controversy, making comments which implied slavery was a “choice” for African-Americans, and meeting then-president Donald Trump, where he delivered a sweary rant in the Oval Office.

Meanwhile, Kardashian had also met with President Trump, where they talked about prison reform – one of her passions – leading to the release of two people from prison who had been inside on first-offence drug charges.

Kardashian later said she was intending to practice law and that she was studying to pass the bar exam.

Speculation about the pair’s fractious relationship began in 2020, after West declared that he was running for president.

In a rambling and emotional speech in South Carolina in July, the rapper revealed that he and Kardashian had considered aborting their first child, and declared himself pro-life.

His speech was followed by a number of erratic tweets, in which he claimed his wife was trying to get him locked up by doctors and that he had previously tried to divorce her.

It prompted Kardashian to speak publicly about her husband’s bipolar, calling him a “brilliant but complicated” person, whose “words sometimes do not align with his intentions”.

After his bid for the White House failed, it was largely reported that West had holed himself up at his ranch in Wyoming, while Kardashian continued to live with their children in California.

Image: The pair revealed their relationship in April 2012 Pic: XPX/STAR MAX/IPx via AP

While he was in Wyoming, a (completely untrue) rumour began spreading like wildfire on the internet, that claimed he was having an affair with YouTuber Jeffree Starr.

In a YouTube video titled Addressing The Kanye Situation, Starr categorically denied the claims, saying “Me and Kanye have never hung out”.

Since January, celeb pundits began speculating that the pair’s divorce was imminent – speculation that was confirmed on Friday when Kardashian filed papers in LA.

Expect the pair’s tribulations to be played out on screen over the coming months, with the final season of Keeping Up With the Kardashians airing in March.

Detained and beaten: Why crew risked their lives to make film about insurgency victims in Nigeria