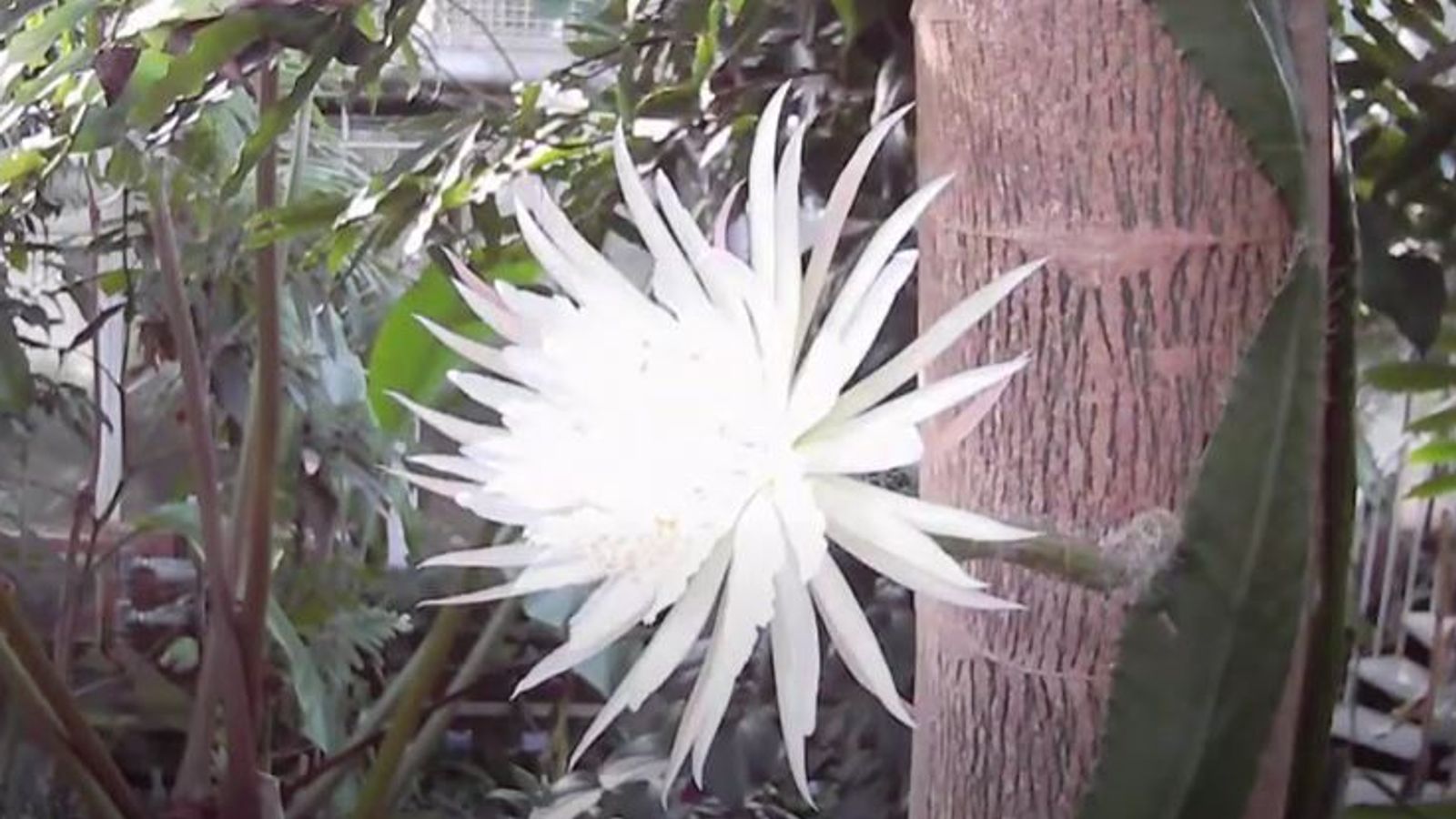 A rare cactus from the Amazon rainforest has flowered for the first time in the UK – and for one night only.

The short-lived blooming of the moonflower, which lasts just 12 hours from sunset to sunrise, was captured on a livestream and watched by thousands of people around the world.

The large white nocturnal flower emits a beautiful sweet-smelling fragrance, likened by some naturalists to one of the popstar Rihanna’s perfumes, as it blossoms to attract their pollinators – two species of hawkmoth.

Two hours after it has fully opened, its scent changes to a more rancid smell before it dies as dawn arrives. It is thought the flower probably dies after blooming because it is not very successful when it comes to self-pollination.

However, the plant will continue to live and send out new flower shoots.

Alex Summers has been responsible for growing and nurturing the unusual cactus in the tropical house at Cambridge University Botanic Garden.

He said: “I’m so excited to see and share this most unusual flowering. It’s very rare to have this plant in our collection and we believe this is the first time the moonflower has flowered in the UK.”

The Moonflower is an epiphyte, which means it relies on another plant as an anchor point. The stems are not like an ordinary prickly cactus as they are smooth and leaf-like, and wrap their way around the host tree trunk.

In the Amazon rainforest, they do this to maintain a position above the seasonal flood waters from the Amazon and its offshoots.

These waterways are important to the dispersal of this cactus as the seeds float, allowing them to be carried away from the parent plant to find another tree crevice to lodge and grow in.

Briton, 21, becomes youngest woman to row solo across the Atlantic