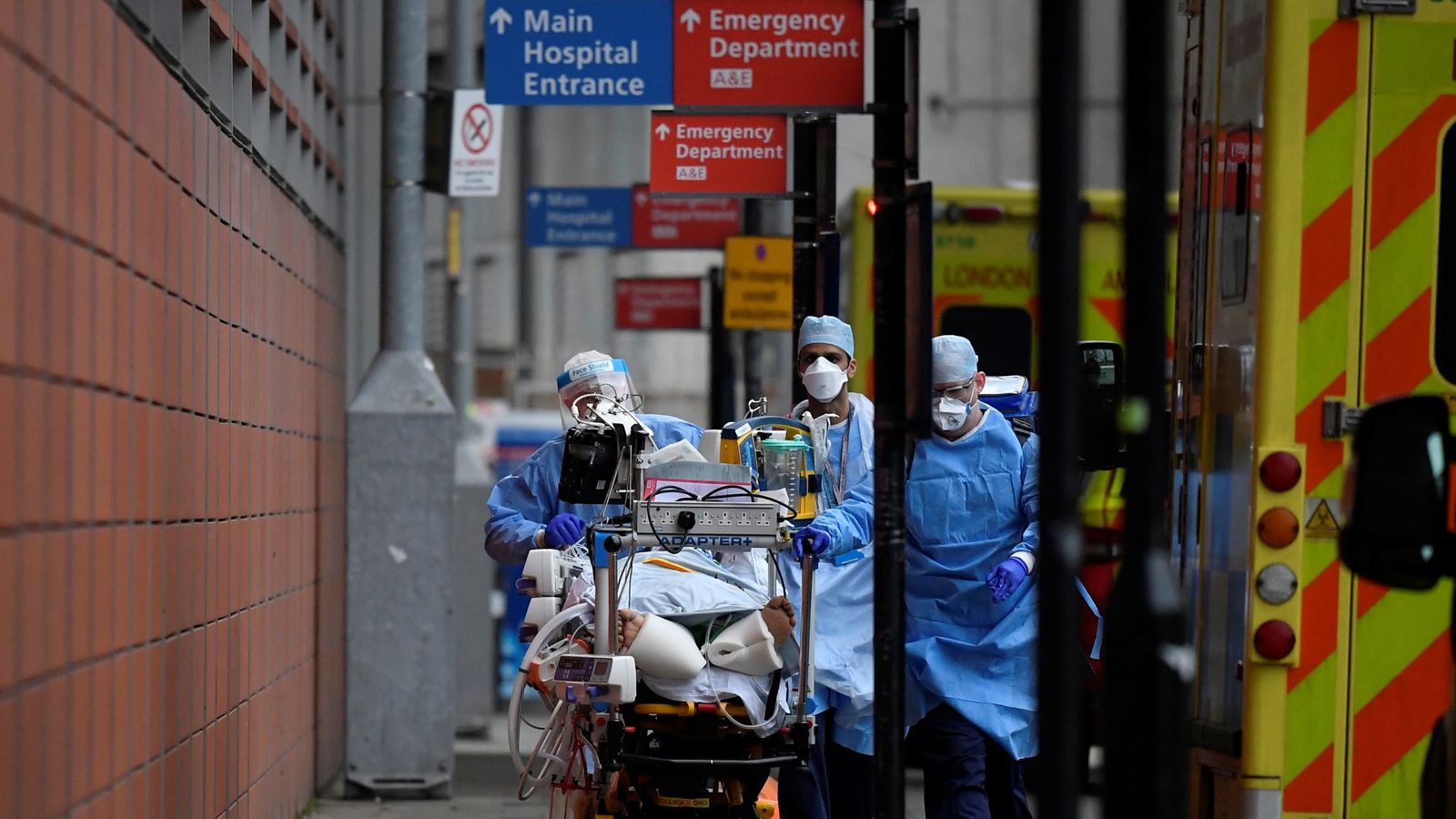 More than 17 million people in the UK have now received their first dose of a coronavirus vaccine, while the number of deaths has surpassed 120,000.

Another 445 people have died within 28 days of a positive COVID-19 test, according to the latest government figures, taking the total to 120,365. The deaths included a 16-year-old with no known underlying health conditions.

On Friday, it was confirmed that the UK’s coronavirus reproduction number – or R number – now stands at between 0.6 and 0.9, with 0.6 the lowest seen since the government first started publishing the figures in May 2020. This means that for every 10 people who have the virus, another six to nine people will become infected.

The figures for R and the growth rate are provided by the Scientific Advisory Group for Emergencies (SAGE).

Earlier on Saturday, the government announced that care home residents in England will be able to hold hands with one named visitor starting from 8 March. Regular visiting will also resume in Scottish care homes from early March, with residents allowed to have two designated visitors each.

It was also reported that Boris Johnson is still aiming to reopen all schools in England in March despite concerns from teachers and scientists, while a government source said the prime minister is also “looking at how we allow more social contact”.

An announcement on easing lockdown measures is due to be made on Monday.

In Wales, restrictions have been extended for three weeks, with some “very modest changes” allowing four people from two different households to exercise outdoors together.

And the government is also looking ahead to how the NHS will cope with routine treatment for non-COVID patients increasing once again.

Image: Prince Charles was allowed to visit his father Prince Philip in hospital on Saturday

Meanwhile, Prince Charles visited his father Prince Philip in hospital on Saturday. The Duke of Edinburgh’s illness is not COVID-related but it is believed to be the first time father and son have seen each other since before Christmas due to restrictions.

Both the Duke and the Queen had their COVID-19 vaccines in January, with Charles and his wife Camilla receiving their first doses earlier in February when their age group was called up.

Prince Philip, the Duke of Edinburgh, receives visit from Prince Charles in hospital