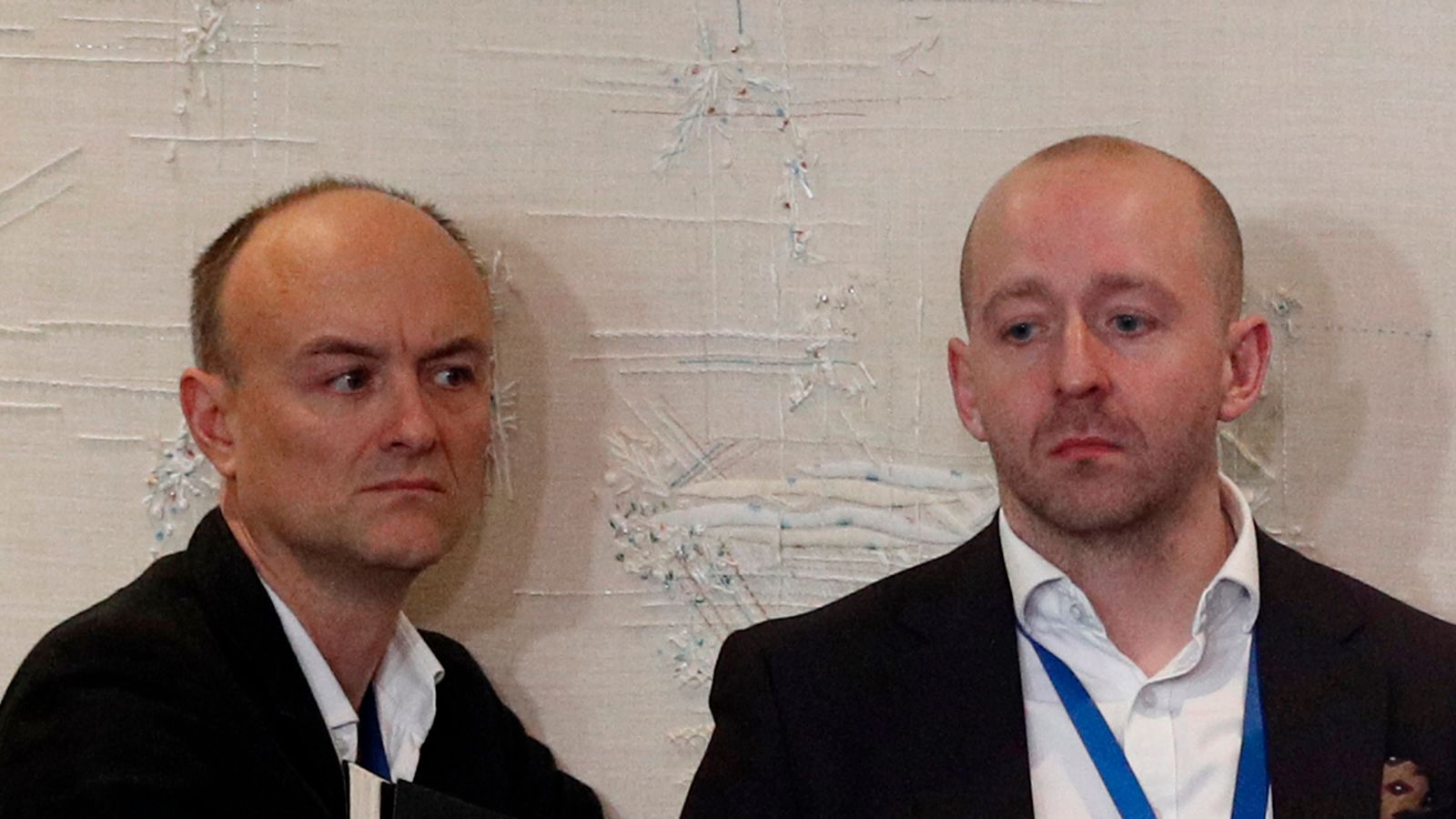 The pair’s dramatic exit from Number 10 followed a bitter power struggle behind the scenes in which the Vote Leave allies had sought to tighten their grip on control.

Image: Lord Hague said there had been ‘a big improvement’ since they left

Lord Hague, who served as foreign secretary in the Tory-led coalition, said there had been a “big improvement” since they left, with “more under-promising and over-delivering” and fewer damaging leaks.

He said: “I don’t want to personally attack the people who left, they were brilliant people but maybe running governments wasn’t their greatest skill compared to running campaigns.

“Well, now some people have been brought in who are very good at running government.

“The prime minister has a new chief of staff, he’s made other recent appointments and you can tell over the last couple of months that government has worked better.

“You can just tell, you can smell it, that things have improved and the way things work in government, the public can smell it as well.”

In his interview with Ridge, Lord Hague also urged Chancellor Rishi Sunak not to “disincentivise people to invest in the businesses of the future” ahead of next month’s Budget.

He said: “People talk about reforming Capital Gains Tax – well there may well be some very important and worthwhile reforms that can be made of it, but it’s really important not to tax people away from entrepreneurship, from risk taking, from investing in things that might fail in the future, as well as all the things that are going to succeed.”

Carrie Symonds’ role in ‘governing’ the UK should be investigated, Tory think-tank says