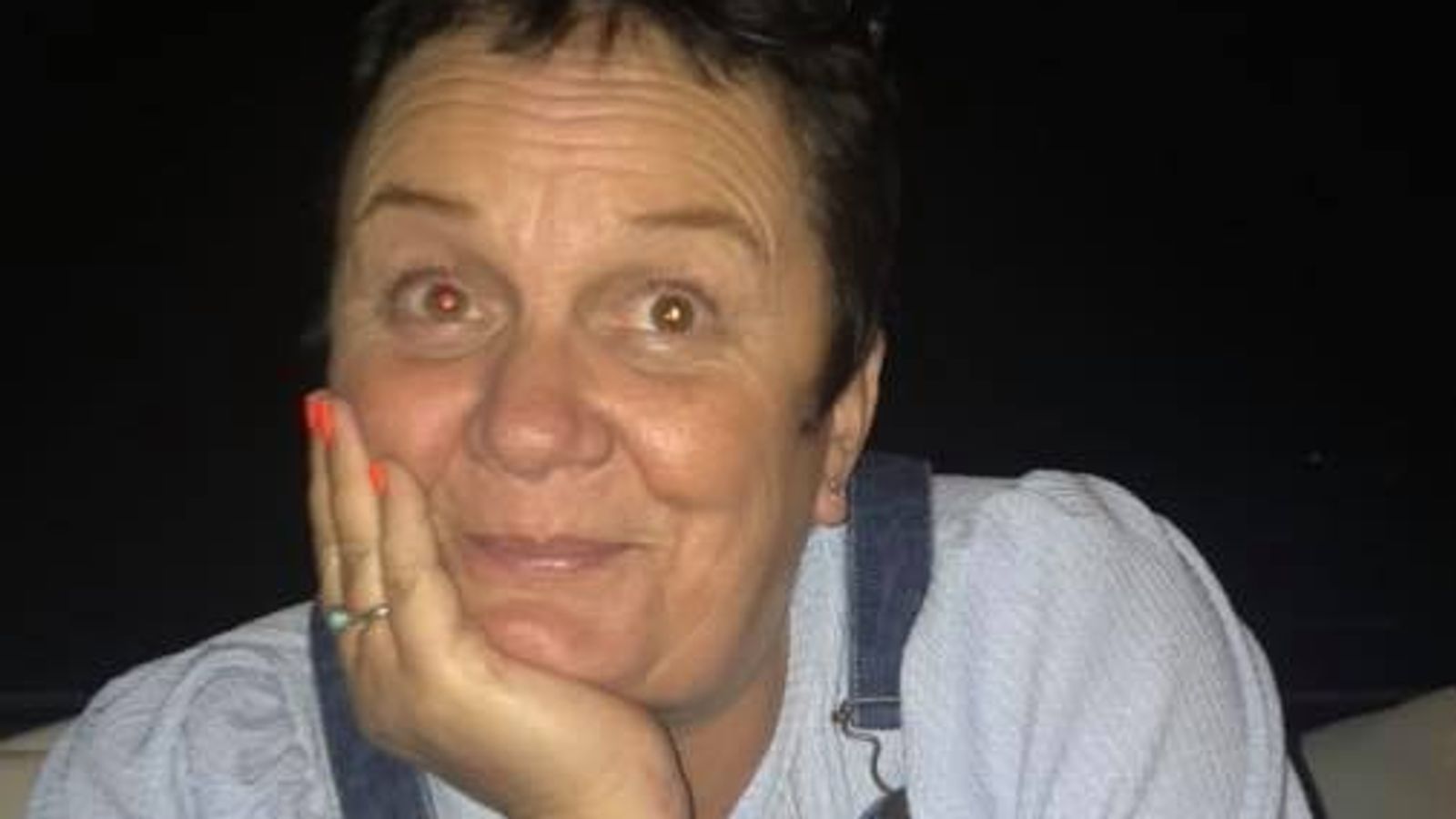 The family of a school worker who died after contracting COVID-19 say that teachers and other staff must be vaccinated before students return to the classroom.

Mel Moczulski was 51 and had no underlying health conditions when she died on 30 January.

There was an outbreak of COVID at the school where she worked, and 33 members of staff contracted the virus. Ms Moczulski was the only one who didn’t survive.

Follow live coverage on Sky News on Monday as the PM is expected to address the House of Commons at 3.30pm and lead a Downing Street news conference at 7pm

Image: There was a COVID outbreak at Mel’s school and 33 members of staff contracted the virus

Her partner, Pete Skillin, says schools are in an impossible position when it comes to protecting staff and students, but he wants the prime minister to prioritise teachers for the jab as he finalises his roadmap for easing lockdown.

“If we need schools to return, we most certainly need to do something about it because I think there will be more deaths,” he told Sky News.

Mr Skillin thinks his partner might still be here today if she had received a vaccine.

Their daughter, Bella, says her mum was devoted to the children she worked with. The family have received many touching tributes to Ms Moczulski from current and former students.

“She was lovely, she lit up a room with her smile, there wasn’t a day that went by that she didn’t make you laugh,” says Bella.

Despite twice testing negative for COVID-19, Ms Moczulski’s condition quickly deteriorated. She was put on a ventilator and placed in a medically induced coma for more than a month.

Her family were allowed to see her once, just before she died.

“It was horrendous, but I’m glad we got the chance to say goodbye,” her partner said.

Image: Pete (centre) thinks Mel might still be here today if she had received a vaccine

Scientists predict that by restricting a return to school to primary years and only a small number of secondary school students, the R number could be kept below 1, meaning infection rates would still be declining.

But if all children go back, the R number – which refers to the average number of people an infected person will pass COVID-19 on to – could go above 1.

And if other lockdown measures are eased, then transmission rates would likely climb even higher.

It currently stands at between 0.6 and 0.9, according to the latest estimate. The 0.6 figure is the lowest seen since the government first started publishing the figures in May 2020.

Prime Minister Boris Johnson is expected to confirm an 8 March reopening date for schools on Monday – an approach that has the backing of Labour leader Sir Keir Starmer.

The principal at Dover Christ Church Academy, where Ms Moczulski looked after the school’s youngest children, says staff worry about the school being full of students again.

“There are 900 students within this building, 150 staff members, and it’s impossible to see how we can actually socially distance or make sure that everyone stays safe,” said principal Jamie MacLean.

“However, on the other side of things, students need to be in school.”

Image: The school’s gym has been converted into a lateral flow testing facility

The school’s gym has been converted into a lateral flow testing facility.

Mr MacLean’s colleague built the wooden booths where testing will take place from scratch. They have already been testing teachers who have remained in school for a reduced number of students.

The principal is unsure whether they will be required to test students and how often testing would need to happen, but he says they’re ready for the challenge.