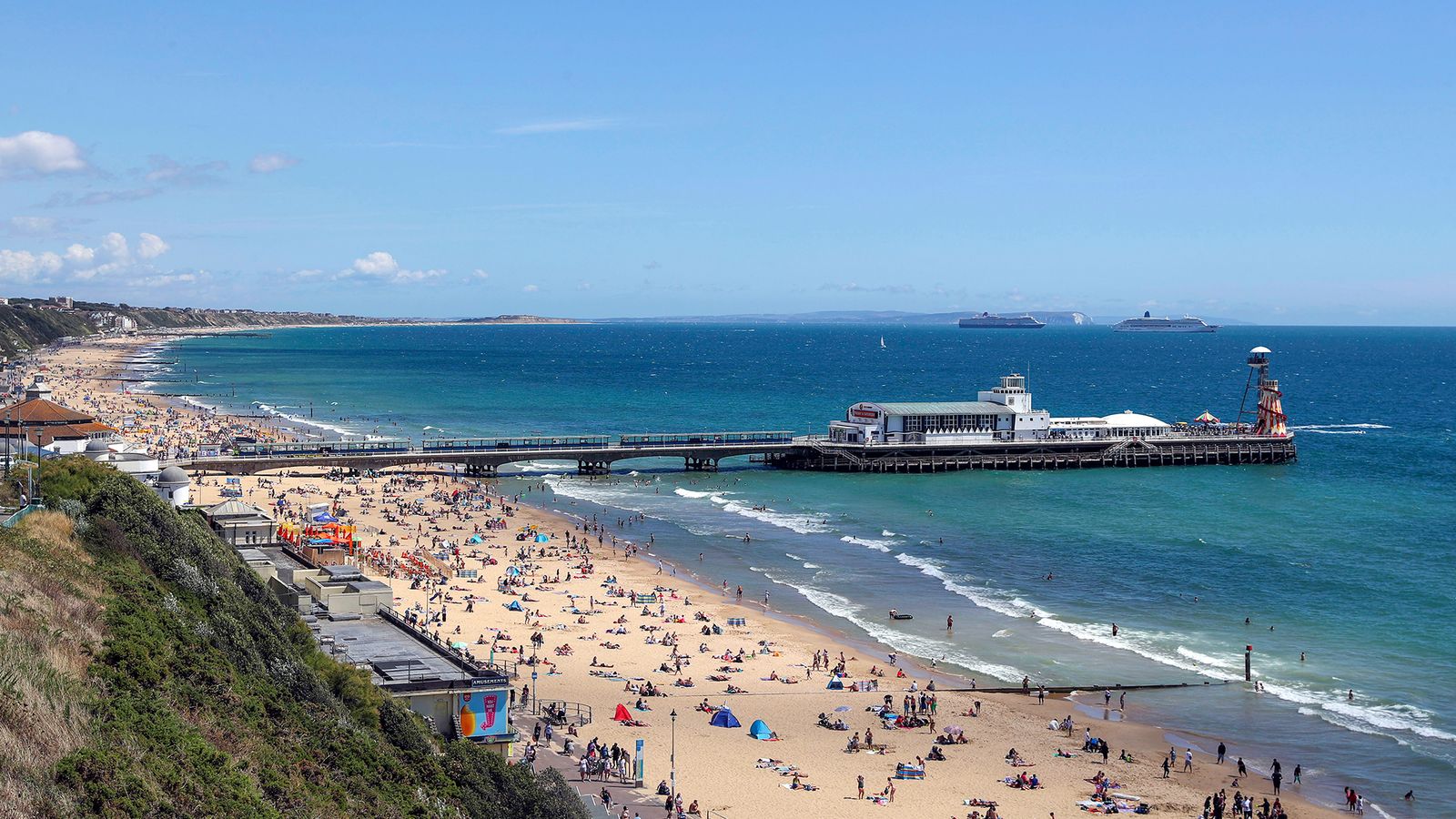 Bournemouth beach has been ranked among the best 25 beaches in the world, according to Tripadvisor’s Travellers Choice awards.

The 2021 awards, revealed on Tuesday, rated Bournemouth as having the fifth best beach in Europe – and 20th best in the world.

It was beaten to the top by the likes of Whitehaven Beach on Whitsunday Island in Australia, which came first globally; and Spiaggia dei Conigli (Rabbit Beach) in Sicily, which ranked highest in Europe and eighth overall.

Bournemouth’s golden sands did, however, beat the white sand and turquoise waters of Balos Lagoon in Kissamos, Greece, along with the wildlife paradise of Playa Manuel Antonio in Costa Rica.

According to Tripadvisor, the winners of the annual Travellers Choice awards are decided by using an algorithm that looks at reviews, opinions and popularity of a beach over the past 365 days.

The site is also said to look at locations that users choose to bookmark.

Bournemouth is known for being a popular summer destination at the best of times, but it was particularly so last year when the coronavirus pandemic put a stop to many holidays abroad.

In June, the council was forced to declare a “major incident” after thousands of people flocked to the beach to cool off during a heatwave, making social distancing more difficult.

There were also reports of fights and excessive alcohol use, along with “abuse and intimidation” of cleaning crews as they tried to empty overflowing bins on the seafront.

A total 33 tonnes of waste were cleared up on one morning alone after a busy beach day, while the local council said it had issued 558 parking fines – its highest on record.

However, with Bournemouth’s recognition as traveller’s choice, it could be another busy year in 2021 as people look to book staycations this summer.

It comes after Boris Johnson announced on Monday his roadmap out of the COVID lockdown, which includes allowances for domestic overnight stays and self-contained accommodation from 12 April at the earliest.

International travel will still banned until no earlier than 17 May.

COVID-19: Number of deaths falling in all English regions