COVID-19: Fans could be back at sporting events from 17 May under lockdown roadmap 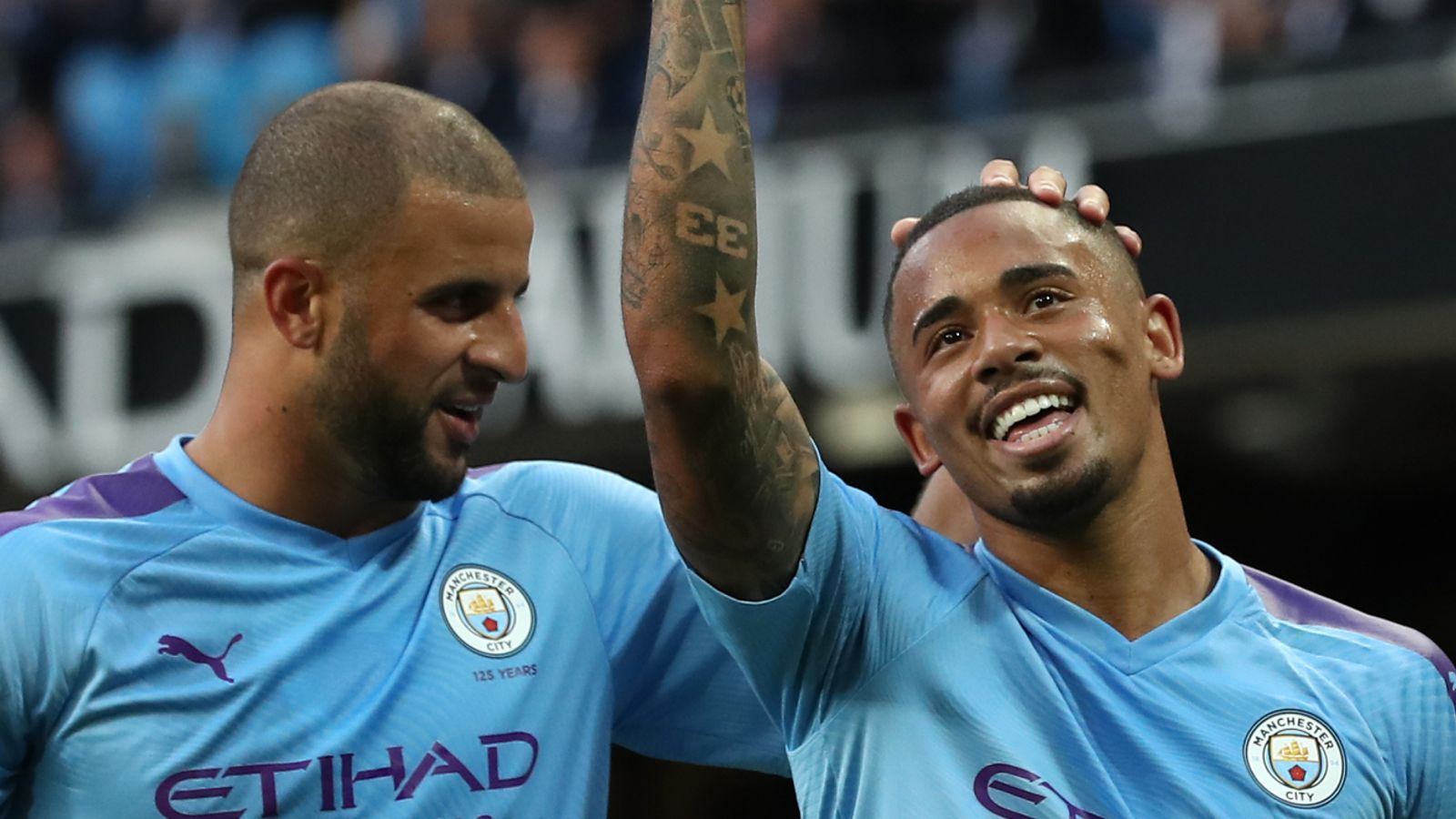 Fans may be able to return to sporting events from 17 May, meaning the final weekend of the Premier League season looks like it could be played in front of supporters.

People have been barred from sporting venues since December when the tiers system was scrapped, but the prime minister’s plan for ending England’s lockdown has now set out the way forward.

Depending on if the government deems it to be safe, the large seated stadiums that can properly space out fans will be allowed up to 10,000 people or to be a quarter full, whichever is lower.

With Manchester City having a 10-point cushion in the league, it raises the prospect of the club lifting the trophy in front of their fans at home after playing Everton on 23 May.

The FA Cup Final on 15 May could also be used as a test event for the new rules.

Sky Sports News reported last week that the Football Association and the English Football League were working with the government to get fans inside Wembley for the two showpiece finals of the FA and Carabao Cups.

Image: Wembley is now in line to welcome fans for the delayed Euro 2020 tournament this summer

Supporters also look set to be able to attend the delayed Euro 2020 matches at Wembley this summer.

The stadium is due to host seven matches including all three of England’s group games, a last-16 clash, both semi-finals and the final.

The Football Association said it was “absolutely delighted” at the plan to allow fans because “the game is simply not the same without them”.

Other major sporting events that could benefit from the roadmap to end lockdown include Wimbledon, Royal Ascot, the British Grand Prix and cricket internationals.

Non-elite sport, such as grassroots football, can resume from 29 March. Tennis and basketball courts and open-air swimming can reopen the same day.