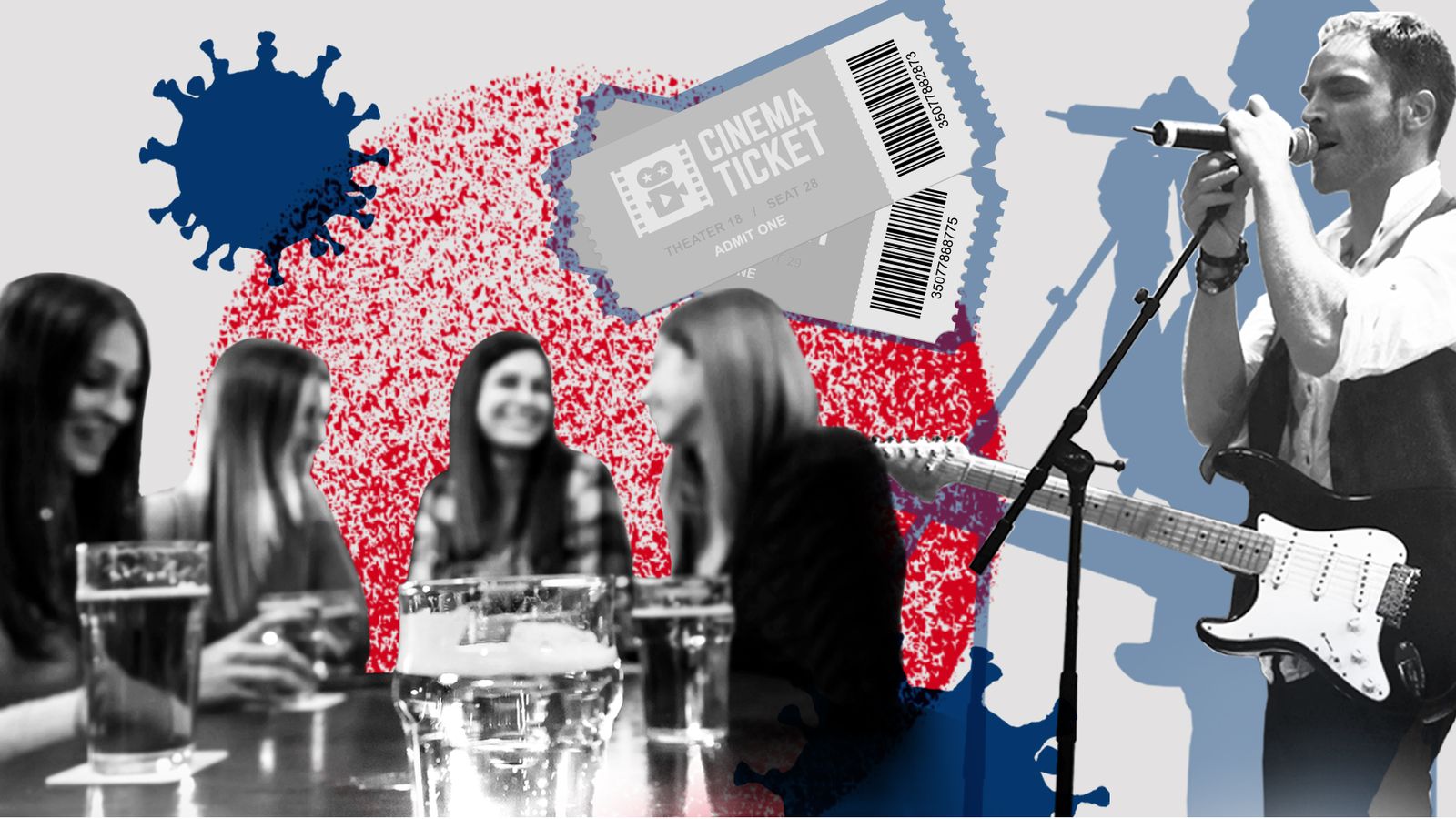 Vaccine and testing certificates could be used in England to enable the economy to fully reopen and international travel to go ahead, the government has suggested.

Boris Johnson’s roadmap out of lockdown says the government will look into how certificates confirming someone has had a recent negative test or has had a COVID-19 vaccine could “play a role in reopening our economy, reducing restrictions on social contact and improving safety”.

A review into the option will be concluded ahead of “Step Four” of the four-stage lockdown easing plan, which will happen no earlier than 21 June.

What could vaccine and testing certificates mean for those with one?

People who have a certificate would be able to access events or places where social distancing is an issue, including where people work – while those who do not, cannot.

The roadmap suggests businesses may insist on certificates for access and it will look into whether limitations would be needed.

Justice Secretary Robert Buckland has said making new staff get a vaccine could, in theory, be possible if it was written into their contracts.

But, he said it was unlikely bosses could make existing workers have vaccines under their current contracts.

Mr Buckland added that individual premises could be allowed to make their own decisions about what system they want, but would have to consider that some people cannot have the vaccine for medical reasons.

PM: ‘It will be a one-way road to freedom’

Pimlico Plumbers boss Charlie Mullins has said he will require employees, of which he has about 350, to be vaccinated and may get rid of those who do not comply.

Barchester Healthcare, a care home operator with about 17,000 employees, said all new hires must get a jab.

Are vaccine and testing certificates fair?

The government has said the review will take into account the “ethical, equalities, privacy, legal and operational aspects of this approach and what limits, if any, should be placed on organisations using certification”.

It will also consider the implications on groups that would be disproportionately impacted by certificate requirements, as well as the privacy and security of individuals.

Lawyers have said demanding staff are vaccinated would be unlawful in most circumstances and could lead to discrimination and unfair dismissal claims.

Although, if a vaccine or test was “critical” for someone’s job, such as care home workers or airline staff, there could be exceptions.

Will certificates be required to enter large events?

A Scientific Events Research Programme will also be set up by the government to explore when and how events such as sports matches, music festivals, large weddings and conferences can happen.

They will be looking at “enhanced testing approaches and other measures”, which could include vaccine and testing certificates as a condition of entry.

A series of pilot tests using these methods will start in April at events with large crowds and reduced social distancing.

Image: Vaccine and testing certificates could allow fans back into stadiums

Will certificates be needed to travel abroad?

Certificates could also be considered for allowing international travel to return, both for British travellers and tourists to the UK.

“The government can look to introduce a system to allow vaccinated individuals to travel more freely internationally,” the roadmap says.

It adds that the UK is already working with other countries who have started “similar programmes”.

The government has said it will collaborate with organisations such as the G7 and the World Health Organization (WHO), which is working on creating a digital immunisation certificate.

Health Secretary Matt Hancock has acknowledged some countries will require proof of vaccination to allow entry and the government “obviously want to make sure that Brits can fulfil that”, he said.

COVID-19: The PM still has to use his judgment, no matter how much data he studies