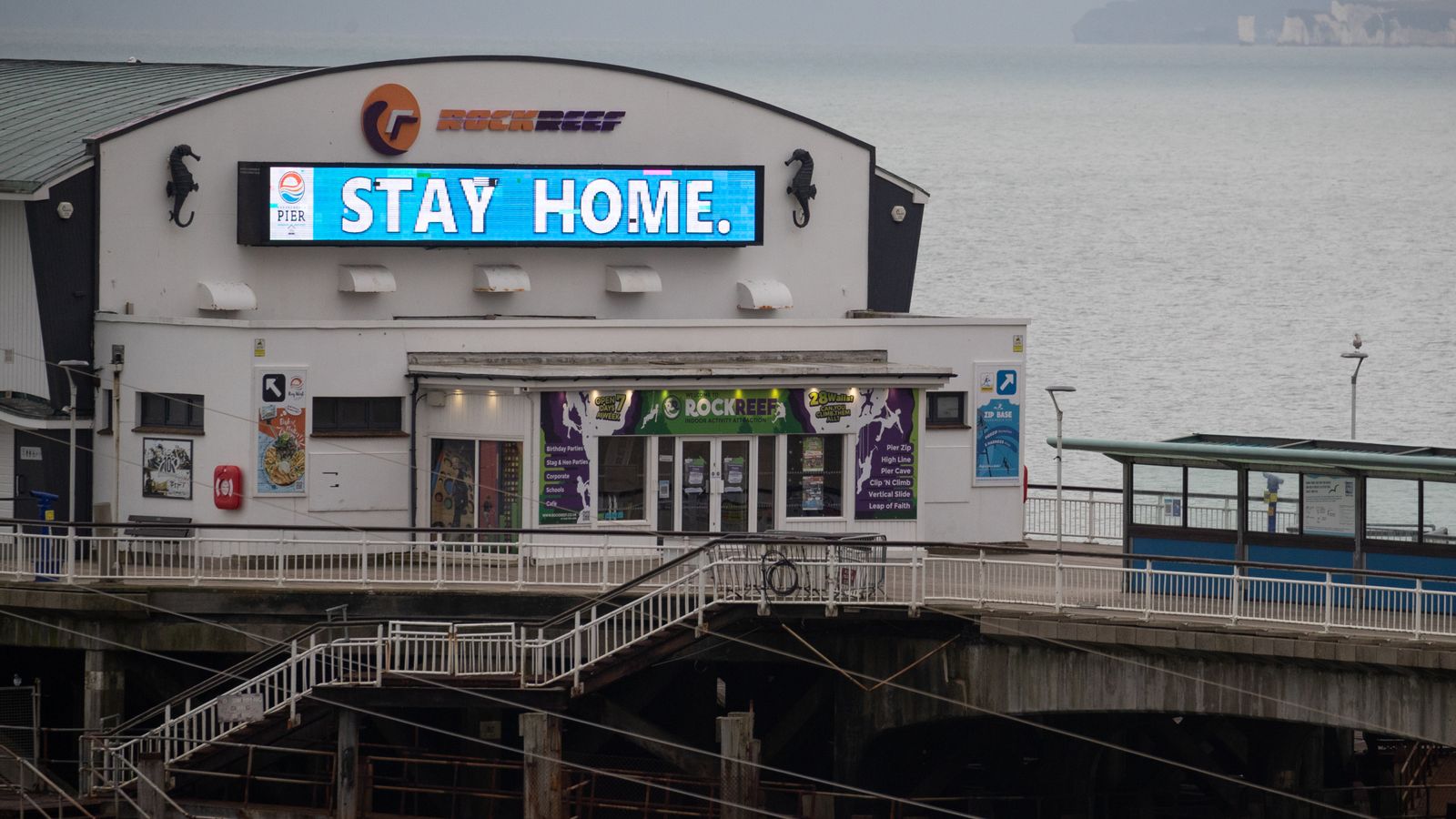 Health Secretary Matt Hancock has warned the government’s timeline for unlocking coronavirus restrictions won’t be sped up – and could even be slowed as ministers remain “vigilant” against infection rates.

Prime Minister Boris Johnson has set out a four-stage roadmap for lifting England’s lockdown over the next four months, with a five-week gap between each stage.

Some Conservative MPs have complained the roadmap, beginning with the return of all pupils to schools on 8 March, doesn’t remove restrictions fast enough.

Live COVID news from UK and around the world

But, speaking to Sky News, Mr Hancock described the five-week gap between each stage of easing restrictions as “vital”.

“It’s very, very important that we can see the impact of one step before taking the next step,” he said.

“There’s a vital need to keep watching the data and for all us, the whole of society, to stick with this plan.

“We want to be able to hit those milestones, but we will be vigilant and watch what’s happening to make sure it’s safe to make each move.

“The prime minister set out the four tests we will apply before announcing each move can go ahead.

“Of course we want to make the moves at the dates that are set out.

“But it’s on all of us to make sure we can by continuing to follow the rules between now and then as the vaccine rollout continues and as the really, really positive impact of those vaccines takes effect.

Mr Hancock said that ministers were “absolutely determined” to come out of England’s third national lockdown “as fast as safely possible, but no faster”, with the aim of making the removal of restrictions “irreversible”.

“This isn’t just about choices the government makes, it’s actually about how everyone responds and pulls together,” he added.

“So, for now, it is so important that people stick to the existing rules.

“We can see the light at the end of the tunnel and the best way is for everybody to keep abiding by the rules, as they are in very, very large part.”

The health secretary hailed data published by Public Health England on the impact of the UK’s vaccination programme, which has so far seen more than 17.7 million offered a first dose of a COVID vaccine.

“The evidence published by Public Health England yesterday demonstrates that there is a reduction of around 70% in your chance of catching the virus, and there’s obviously a link from that to transmissibility,” he said.

“If you don’t have the virus, you can’t easily transmit it. And then an even bigger impact in terms of death and hospitalisations.

“So this is a really, really good result. I had confidence we would get a vaccine, I have huge confidence in the NHS to rollout the vaccine and it’s wonderful to see the effect of the vaccine saving lives in the UK right now.

‘There is no route to a zero COVID Britain’

Labour’s shadow chancellor Anneliese Dodds suggested her party were broadly supportive of the prime minister’s roadmap, despite “concerns” about the absence of detail over continued support for businesses while they wait to reopen.

“We’ve consistently said the government must follow the data, that they must be listening to scientists around reopening,” she told Sky News.

“And, certainly, it felt like we’d seen a real change from the prime minister yesterday, that he did seem to be focused on that evidence.

“We do have a number of concerns about the approach of government, particularly the fact that we didn’t have any clarity around business support when these changes were announced.

“It’s the fourth time that has happened.

“But, in terms of having a more gradual approach, when that’s justified by the evidence, yes we do think that’s sensible.”