COVID-19: Number of deaths falling in all English regions 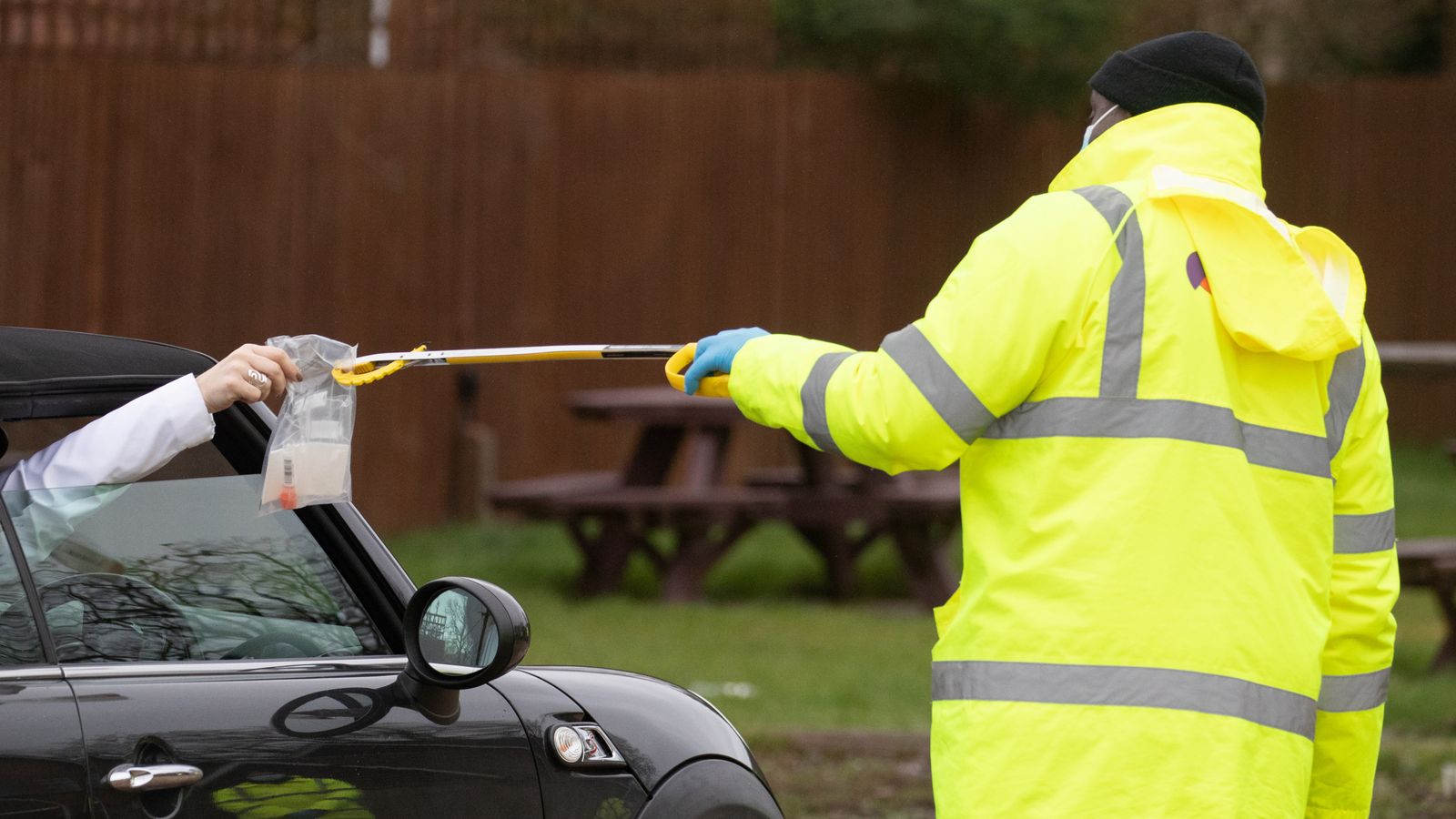 The number of deaths involving coronavirus is dropping in all regions of England, the Office for National Statistics (ONS) has said.

In its latest figures, it said that during the week ending 12 February (week six), every area of the country recorded a week-on-week fall in the number of registered COVID-19 deaths.

The highest number – 974 – was recorded in southeast England – down 31% from 1,415 in the previous week. That was also the biggest decline in the number of fatalities, at 441.

Lockdown easing could be slower than planned

Of all the fatalities in England and Wales during week six – 5,691 – some 37%, involved coronavirus.

That was the lowest figure since the week ending 1 January.

In Wales, 7,296 deaths occurring up to 12 February – and registered up to 20 February – involved COVID, the ONS said.

The number of deaths registered during week six was 216 – down from 314 the previous week.

By 12 February, a total of 138,468 deaths had occurred across the UK in which COVID-19 was mentioned on the death certificate, the ONS said.

The daily death toll for the second wave peaked on 19 January, when there were 1,447 deaths.

During the first wave, the number of dead peaked at the slightly higher number of 1,457, on 8 April last year.

In the week to 12 February, 1,491 deaths of care home residents involving coronavirus were registered in England and Wales.

That was down nearly a third (31%) on the previous week, the ONS said.

A total of 39,386 care home residents in the two countries have now had COVID recorded on their death certificate.

The figures cover deaths of care home residents in all settings – in hospital, for example – and not just in care homes.

The number of people dying weekly in total across the two nations has dropped by almost 2,000 in only seven days, the provisional figures show, reflecting a fall in fatalities involving coronavirus.