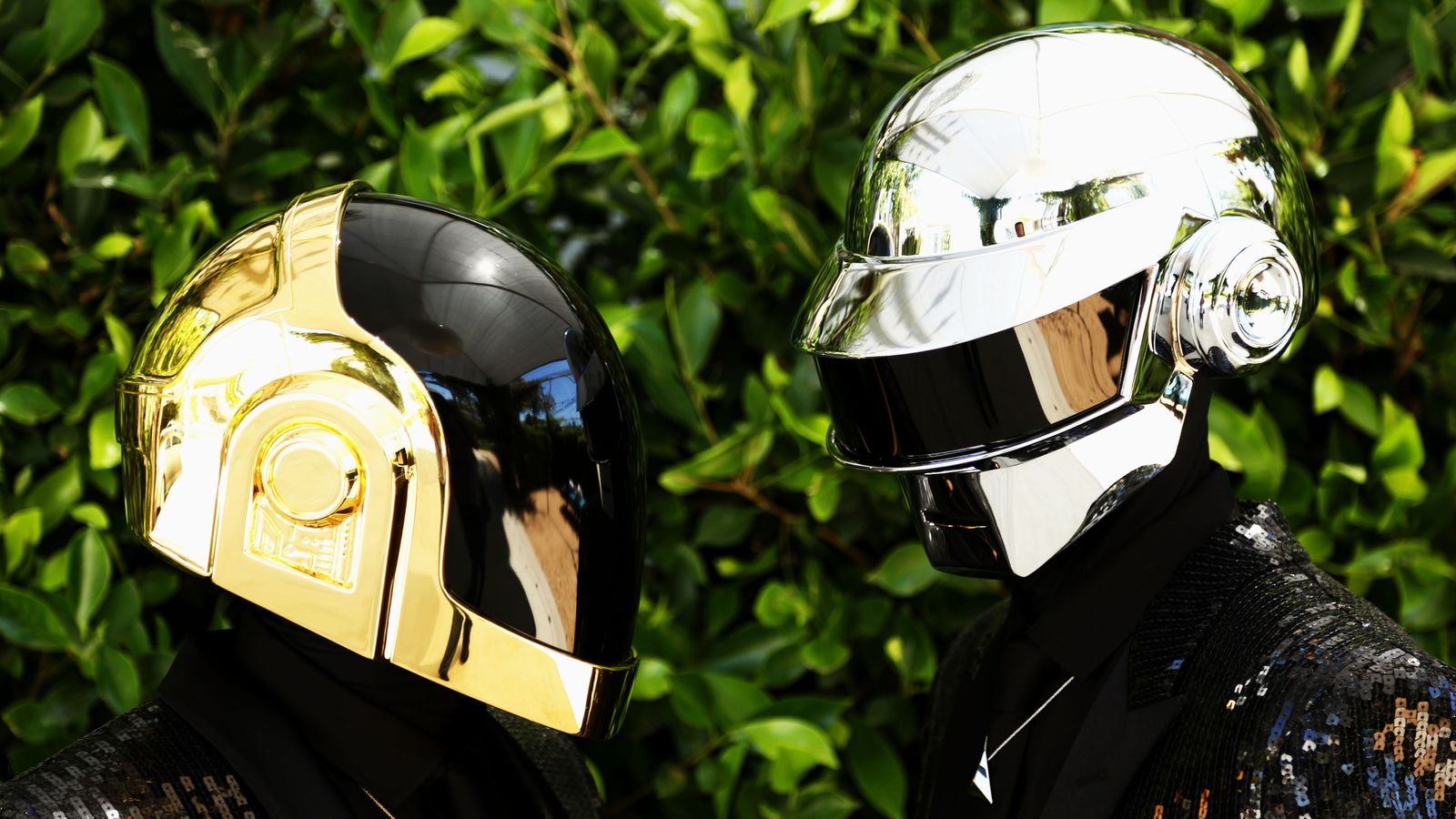 French dance duo Daft Punk have split up, after 28 years of making electronic music together.

The band’s long-time publicist Kathryn Frazier confirmed the split to Sky News but did not give a reason for the separation.

Founded in Paris in 1993 by Guy-Manuel de Homem-Christo and Thomas Bangalter as part of the French house music movement, the pair have been notoriously press-shy since 1999.

Well known for the use of headwear and helmets to protect their identities, TV appearances and interviews have been few and far between.

They announced the breakup in an eight-minute video titled Epilogue, featuring footage from their 2006 sci-fi film Electroma.

In it, they wander around a desert landscape in leather jackets and their trademark helmets, before one of them presses a button which blows up the other.

A long shot on the lone bandmember walking into the sunset concludes the video.

Image: Their second album had hits including Around The World and Da Funk

One of the most influential electronic acts of all time, their debut 1997 album Homework contained catchy hits including Around The World and Da Funk.

Their second album in 2001 had more catchy tunes including One More Time and Harder, Better, Faster, Stronger.

However, it was in 2013 that the majority of millennials were introduced to the duo, with their fourth album and the hit single Get Lucky.

With lead vocals by Pharrell Williams, and co-written by Nile Rodgers, the song reached the top 10 in 32 countries.

It went on to win five Grammys and has sold more than 9.3 million copies.