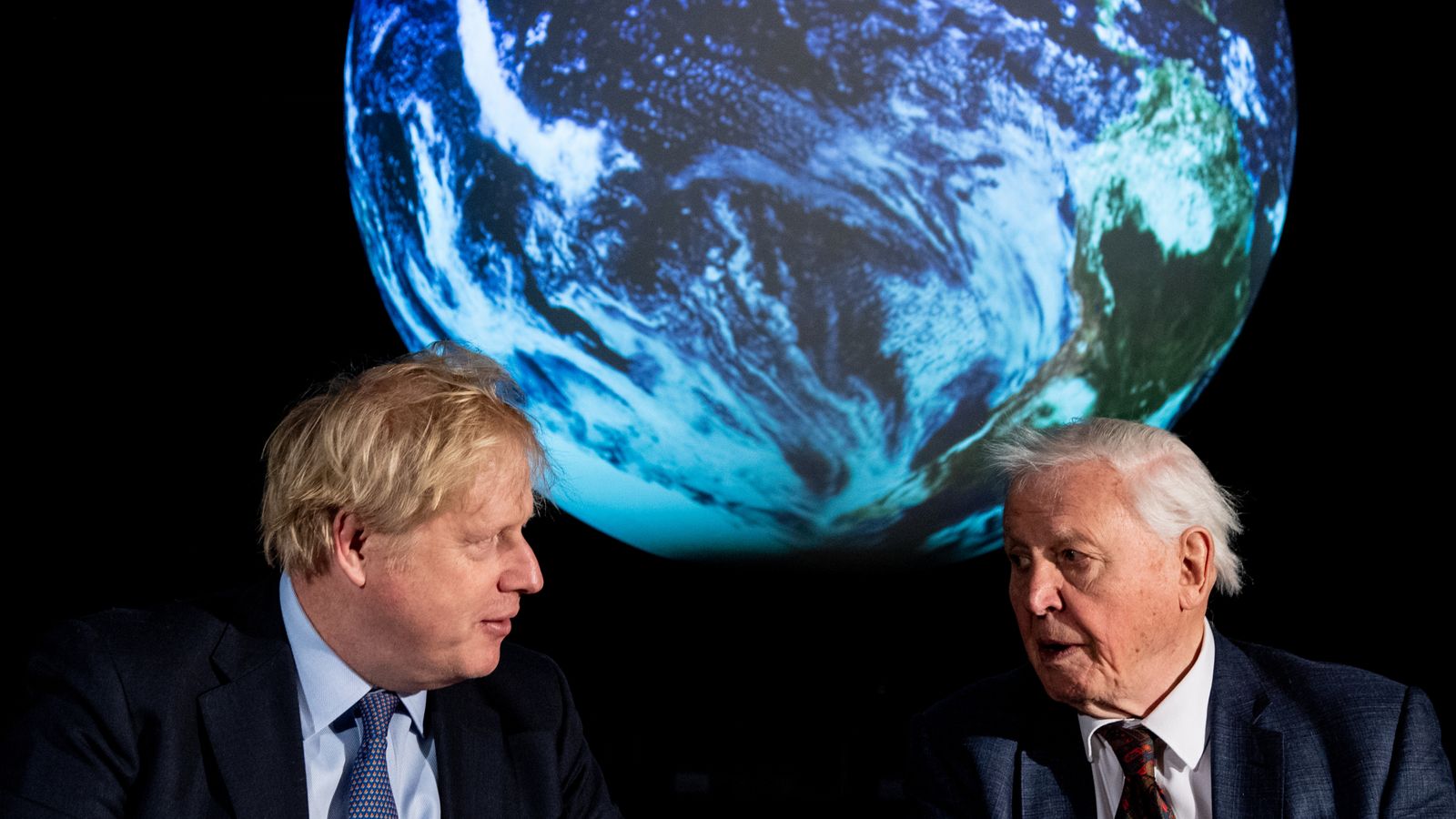 Speaking on the invitation of Prime Minister Boris Johnson to the United Nations’ Security Council (UNSC) session on climate, Sir David said simply: “Please make no mistake – climate change is the biggest threat to security that modern humans have ever faced.”

In his impassioned address, the veteran broadcaster said he did not “envy” the responsibility the situation placed on “all you and your governments” but warned: “We have left the stable and secure climatic period that gave birth to our civilisations.

“There is no going back – no matter what we do now, it’s too late to avoid climate change and the poorest, the most vulnerable, those with the least security, are now certain to suffer.”

And as he opened virtually the first UN leader-level summit on climate change, Mr Johnson described the threat it posed to global security as of “paramount importance” and said a warming planet was driving insecurity “from the communities uprooted by extreme weather and hunger, to warlords capitalising on the scramble for resources”.

Image: If emissions are brought down enough, the planet may avoid its tipping point. File pic

He called for action to help vulnerable countries adapt to climate change and cut global emissions to “net zero” – which requires huge reductions in greenhouse gases and any remaining pollution to be offset through measures such as planting trees – to protect prosperity and security.

And he won support from French President Emmanuel Macron who urged the UNSC to appoint a climate security envoy to co-ordinate climate change policies.

The UN’s COP26 climate summit is being hosted by the UK in November in Glasgow.

Sir David described that event as possibly “the last opportunity to make the necessary change” to save the planet.

He said: “If we bring emissions down with sufficient vigour we may yet avoid the tipping points that will make runaway climate change unstoppable.

“In November this year, at COP26 in Glasgow, we may have our last opportunity to make the necessary step-change.

“If we objectively view climate change and the loss of nature as worldwide security threats – as indeed they are – then we may yet act proportionately and in time.”

Image: Climate change protests took place throughout 2020 in the UK

It comes as countries increasingly face the effects of rising temperatures and extreme weather, which is forcing populations to move and creating competition over increasingly scarce resources.

Of the 20 countries ranked most vulnerable to rising global temperatures, 12 are already in conflict, officials said.

Mr Johnson said: “The UNSC is tasked with confronting the gravest threats to global peace and security, and that’s exactly what climate change represents.”

But he said: “Unlike many issues the council deals with, this is one we know exactly how to address.

“By helping vulnerable countries adapt to climate change and cutting global emissions to net zero, we will protect not only the bountiful biodiversity of our planet, but its prosperity and security.”

Christian Aid’s climate policy lead, Dr Kat Kramer, said: “Millions of the world’s poorest people are already living with the impacts of climate change, which is forcing displacement, devastating livelihoods and putting pressure on communities who are competing over resources such as land and water.

“In some countries these impacts become the drivers of local conflicts which can be instrumentalised by leaders and escalate into violence and war.”

COVID-19: Scotland to move back into level system with stay-at-home order ending on 5 April