COVID-19: Jo Whiley’s sister Frances leaves hospital and is isolating with parents at their home after coronavirus ‘nightmare’ 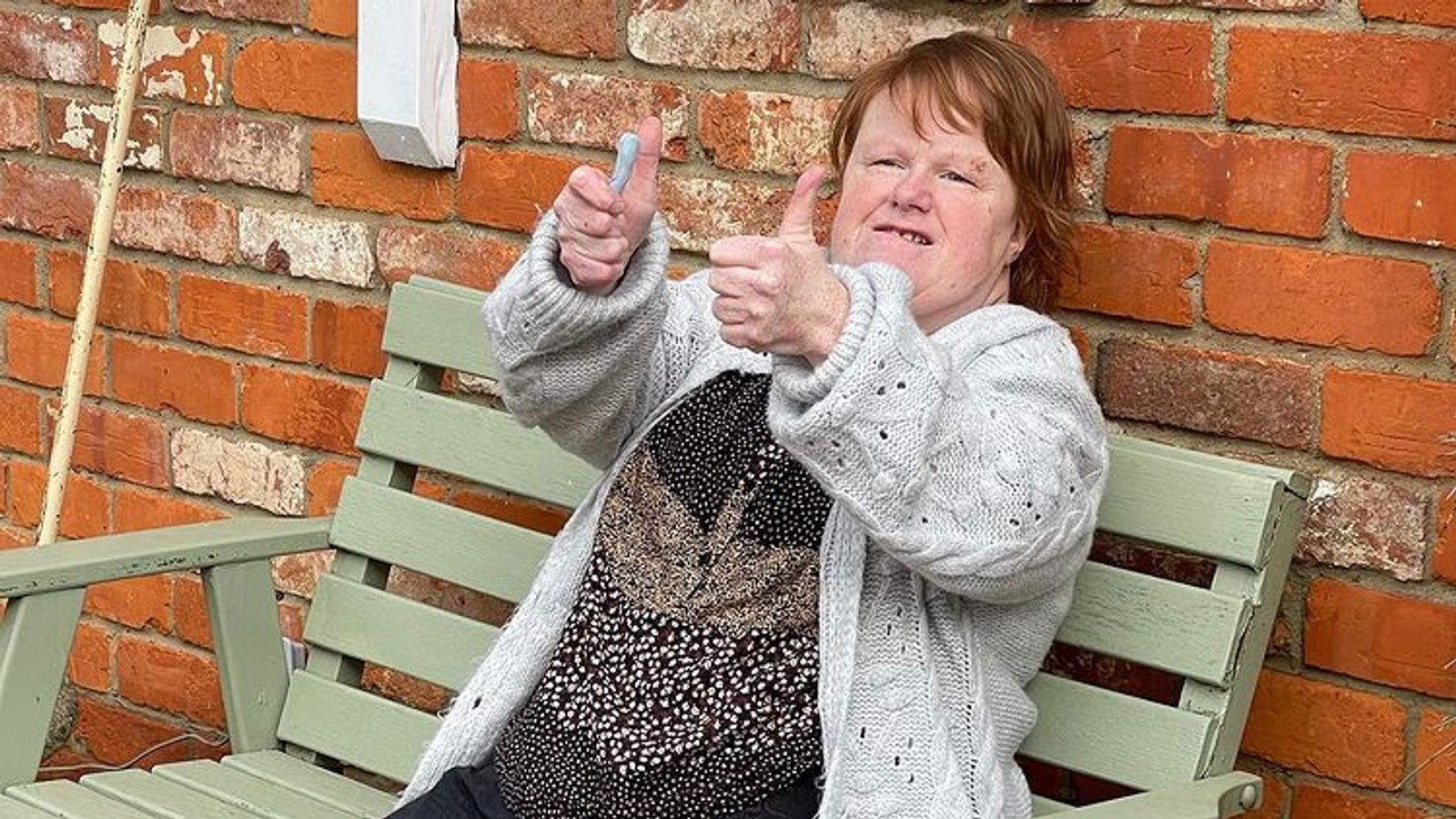 Jo Whiley’s sister Frances has left hospital and is isolating with her parents at their home after the family’s coronavirus “nightmare”.

The radio DJ told her listeners on Tuesday evening: “My sister has been very poorly…it’s been one of the worst weeks of our lives, we nearly lost her to COVID. It’s been a very, very steep learning curve.

“I now have a much greater understanding and appreciation of all the doctors and nurses and everybody who works for the brilliant NHS.”

Image: Jo Whiley says it’s ‘so hard observing from behind a visor and mask’

Frances, who has learning disabilities and diabetes, was admitted to hospital with COVID-19 after an outbreak in her Northamptonshire care home.

Whiley, 55, has previously said she was living through a “nightmare” as she questioned why she was offered the vaccine before her 53-year-old sister, who has the rare Cri du Chat genetic syndrome.

The broadcaster said that just four days ago the family had been discussing palliative care for Frances.

She revealed on Sunday that her sibling had been offered the jab.

And now Whiley’s management has confirmed to Sky News that the 53-year-old left hospital in Northamptonshire late on Monday and is isolating with her mother and father at their home.

On Tuesday evening, Whiley began her Radio 2 show with a message of thanks to all the medical staff and supporters and played a song, La Bamba by Los Lobos, for her sibling.

Update on Frances: a thread.
First of all, Frances would like to say a huge thank you to everybody who has helped her, especially the amazing doctors and nurses of the NHS, and her many MANY well-wishers. ️ pic.twitter.com/Te8jD9LtvZ

She also posted a video on Twitter and Instagram of Frances giving a thumbs-up and a round of applause, and said her sister “would like to say a huge thank you to everybody who has helped her, especially the amazing doctors and nurses of the NHS, and her many MANY well-wishers”.

She added: “It’s hard to believe we’ve gone from discussing palliative care on Friday night to sitting on her favourite bench drinking cups of tea.”

But she added they were not completely out of the woods: “COVID has brought with it further complications.

“We’re now dealing with worrying diabetes and high blood pressure issues, and my parents are exhausted beyond belief.

Image: Frances has thanked everyone who has supported her. Pic: Twitter/Jo Whiley

“It’s so hard observing from behind a visor and mask, helpless doesn’t cover it.”

She also renewed her call for people with learning disabilities to be prioritised in the vaccine rollout.

“Not everyone has been as lucky as us,” she said.

“So many have died or are suffering from long COVID because they were simply not protected.

“We need to show them that they are not forgotten and we care.”