Manchester Arena bombing inquiry: Police ‘dragged their feet’ over use of ‘critical’ technology 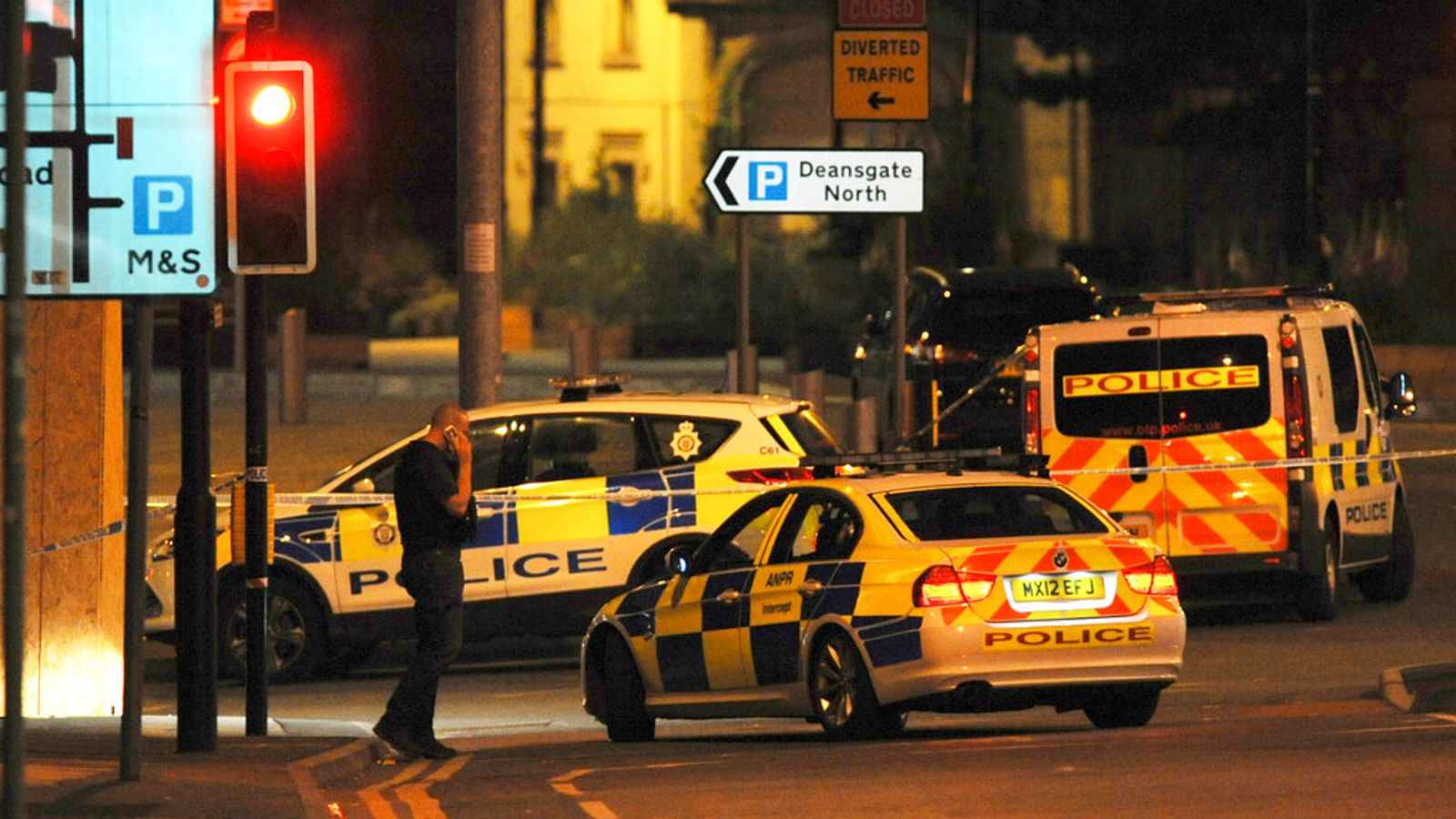 Police “dragged their feet” in introducing technology that would have helped them communicate with the other emergency services on the night of the Manchester Arena attack, the inquiry has heard.

Firefighters did not deploy to the arena for more than two hours because they could not get through to police and only one paramedic entered the scene of the explosion in the first 40 minutes.

Salman Abedi killed 22 men, women and children when he blew himself up in a suicide bomb attack at the end of an Ariana Grande concert in May 2017.

The inquiry is investigating whether any of the victims could have been saved if the emergency services had reacted faster.

Image: Salman Abedi blew himself up in a suicide attack at the arena

A computer application called Resilience Direct allowed different services to upload information from the scene of an attack so that the other responders could see what was going on.

It had been introduced by the Cabinet Office in 2014 but had still not been used by Greater Manchester Police three years later when the bomb went off because they were concerned about sharing documents, the inquiry was told.

A police report found it was “likely it will be critical in a threat-based major incident” and there was a “government expectation” that it would be used as a reporting tool to gain situational awareness.

“It would therefore be beneficial for GMP and partners to have embedded familiarity to enhance ad hoc no notice use,” the report said.

Pete Weatherby QC, for the victims’ families, asked if the system was available for use on the night.

Sgt Stephen Henderson, who had recommended its use, said it had not been “signed off” and would not have been seen by the force duty officer.

Image: Emergency services descended on the area after the bombing

“Given it was available from 2014, would it be fair comment to say GMP had dragged their feet in bringing Resilience Direct into use?” Mr Weatherby asked.

“That was signed off at the end of September 2016 and we were developing a protocol with partners to actually implement it,” Sgt Henderson explained.

“It took four years to bring Resilience Direct into proper use and that was significantly after the arena attack?” Mr Weatherby asked.

“That’s correct. I can’t comment what happened with GMP and the system we inherited,” Mr Henderson said.

Resilience Direct was described as a “secure web-based tool” to assist in “situational awareness” and communication between emergency services.

It was said to be an online private network which enabled emergency services to work together during the preparation, response and recovery phases of an event, both from the scene of the attack and in control rooms.

Daniel Mansell, for Greater Manchester Police, said there were “concerns around a large number of people being able to access sensitive police documents” and the concerns were shared by other forces.

But a “risk assessment” was signed off by Assistant Chief Constable John O’Hare in September 2016 and the task of introducing the programme was passed to the Greater Manchester Resilience Forum which brought all the emergency services together.

Earlier the inquiry heard that staff cuts at the firearms unit and training school put the inspector in charge of policy under “intolerable pressure” and he applied for a transfer.

Inspector Simon Lear said the number of inspectors in the firearms unit dropped from eight to five and eventually three.

COVID-19: Jo Whiley’s sister Frances leaves hospital and is isolating with parents at their home after coronavirus ‘nightmare’