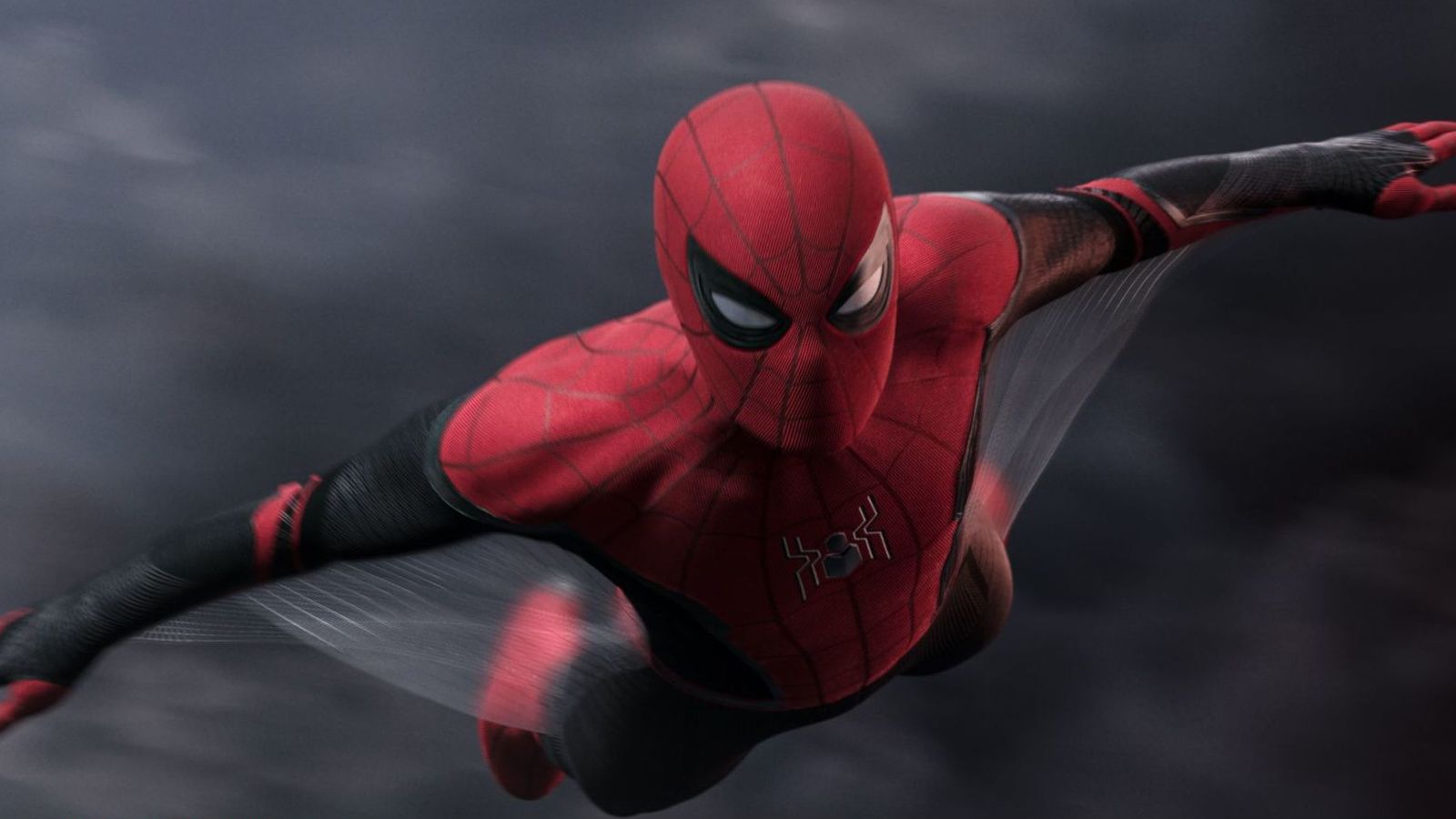 Tom Holland and Zendaya have teased Spider-Man fans with new images and suggested titles for the franchise’s next superhero instalment.

It will be the third solo outing for Holland’s Peter Parker, following 2017’s Spider-Man: Homecoming and 2018’s Spider-Man: Far From Home.

Image: Holland is back as Peter Parker in Spider-Man 3 – but the new title is up for debate. Pic: AP

The 24-year-old British actor shared a previously unseen still from the movie on his Instagram page, writing: “So excited to announce the new Spider-Man title. Can’t wait for you lot to see what we have been up to. Love from Atlanta.”

A second image of the film’s title page read: “Spider-Man Phone Home”. However, fans and co-stars alike were quick to question the ET inspired name.

Zendaya, who plays MJ, commented, “What the hell”, while Jacob Batalon who plays Ned Leeds wrote: “Woah woah.. wait.. why is your different?!? (sic)”

Both actors then shared their own new film image, and alternative titles, with Zendaya posting “Spider-Man Home Slice” – reminiscent of Teenage Mutant Ninja Turtles – and Batalon going for a less PG “Spider-Man Home-Wrecker”.

All three stars commented on each other’s conflicting posts, with Holland finally joking that he would call the sequel’s director Jon Watts for clarification on what the film would actually be called.

Other Marvel stars including Mark Ruffalo and Tony Revolori also got involved in the debate, joking about alternative titles.

The third film is currently in production in Atlanta, Georgia.

Meanwhile, Holland has quashed the theory that actors who have previously played Spider-Man will be joining him in the new film.

It had been rumoured Tobey Maguire and Andrew Garfieldwould be reprising their roles in the multiverse-spanning film.

However, Holland told The Tonight Show Starring Jimmy Fallon that he’s “read the script from beginning to end” and they don’t appear.

There had also been talk of Kirsten Dunst, who plays Mary-Jane, and Emma Stone as Gwen Stacey, also making a comeback – but Holland made no comment about their return.

He did reveal one confirmed cameo, his brother Harry, who will play a drug dealer who gets webbed upside down by Spider-Man.

Spider-Man 3 is scheduled to be released in December 2021.