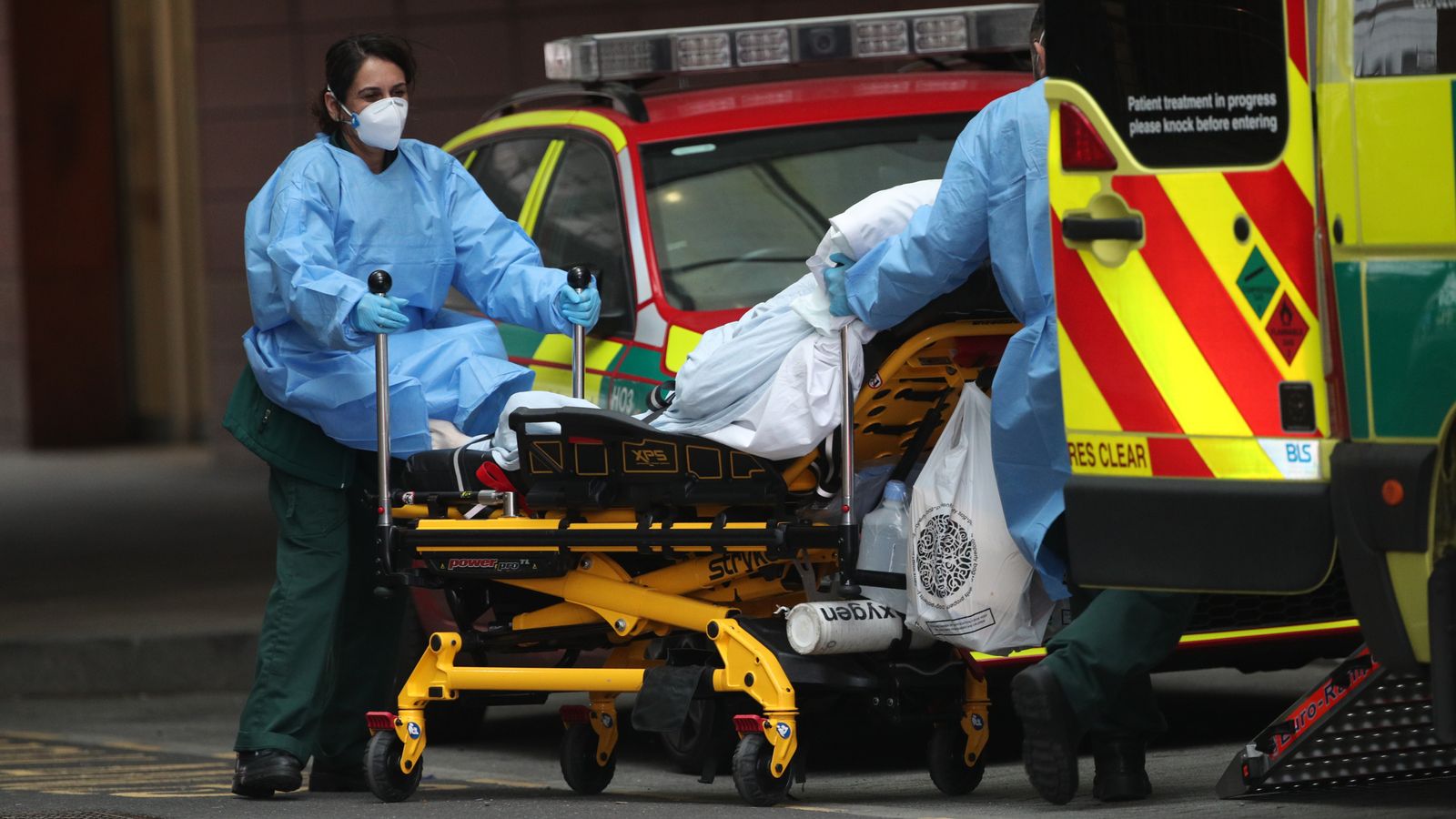 Last month had the highest January mortality rate in England since 2002, according to new data.

The number of deaths in England was nearly 30% higher last month than the five-year average, with coronavirus reported as the leading cause.

A similar 25.6% increase was seen for the same period in Wales, which registered 4,431 deaths in January. That’s a total of 904 deaths higher than the five-year average.

The data, released by the Office for National Statistics (ONS), revealed COVID-19 was also the leading cause of death in both England and Wales for the third month in a row.

Coronavirus accounted for more than a third of all deaths in both nations where the disease was registered as an underlying cause – 37.4% in England and 35.2% in Wales.

It was the highest proportion seen since the beginning of the outbreak, surpassing the April record when 33.5% of all deaths in England were due to COVID-19, and 30.1% in Wales.

This far surpasses the next-leading cause, which had a mortality rate four times lower than COVID in January.

The statistics were released on Thursday after it was revealed more than 18 million people across the UK have now received their first dose of a coronavirus vaccine – and are looking ahead to summer for a hopeful relaxation of lockdowns.

This will be decided in England by satisfying the four key tests set out by the government, including continued vaccine success and a drop in cases and deaths.

According to the January statistics, the most deprived areas of England and Wales are still being hit harder than others by the pandemic.

In England, the death rate with COVID was 1.8 times higher than that in the least deprived areas, while in Wales it was 1.5 times higher.

London was the English region with the largest rate, recording 900.6 deaths per 100,000 people in January.