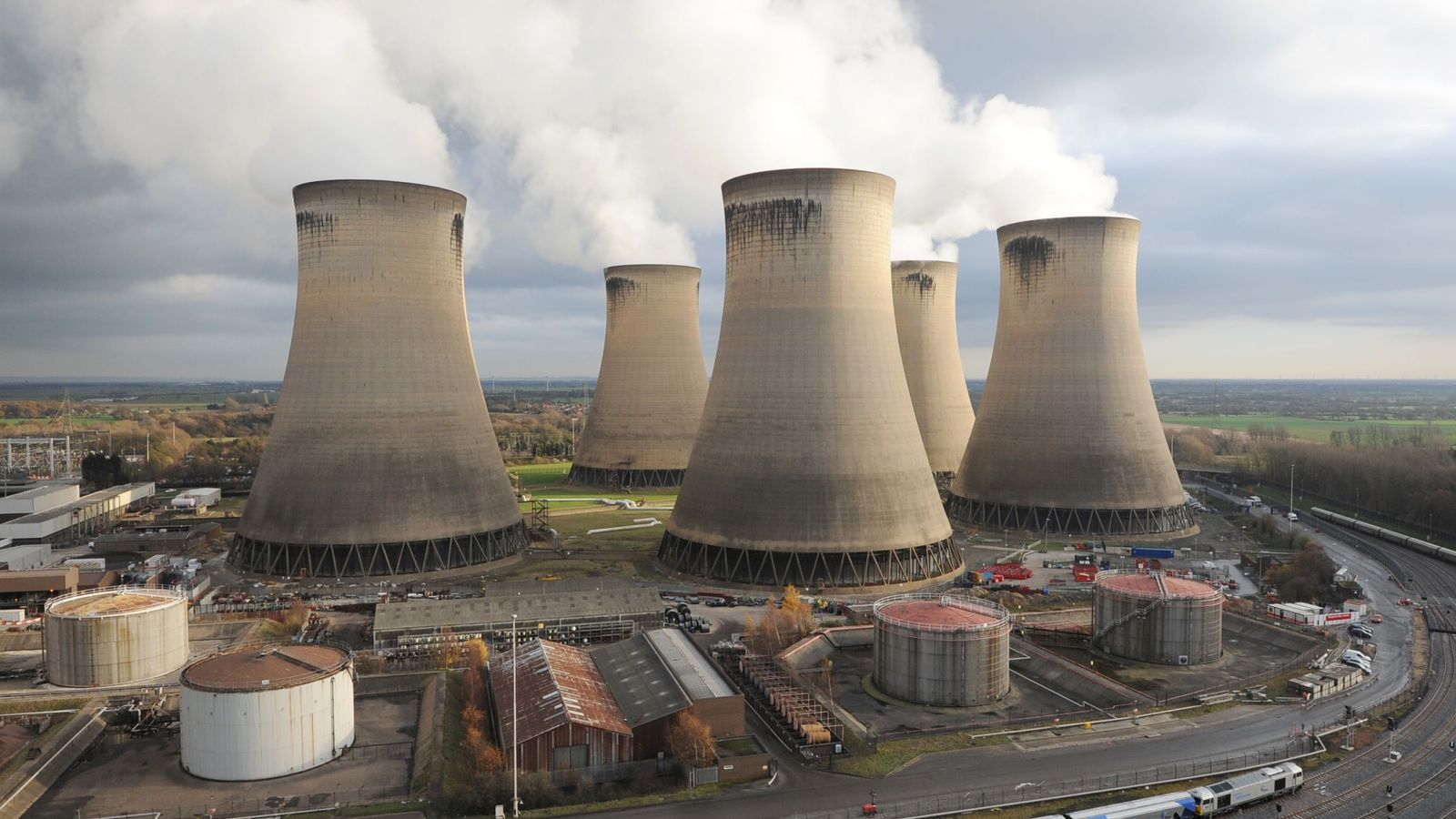 The plans would have made Drax – which already uses biomass and produces 6% of the UK’s electricity – the biggest gas-fired power plant in Europe.

In February last year, Drax announced it would close its two remaining coal units by March 2021. All coal-fired power generation has to end in the UK by 2025.

The power plant says it plans to generate more electricity by burning wood pellets, known as biomass. The use of biomass is controversial and has been criticised by green groups.

Drax also says it hopes its use of bioenergy combined with carbon capture and storage technology will mean it is eventually able to remove more carbon emissions from the atmosphere than are produced across all its operations.

Image: Drax is aiming to be carbon negative by 2030

Will Gardiner, the chief executive of Drax Group, said: “Our focus is on renewable power. Our carbon intensity is one of the lowest of all European power generators.

“We aim to be carbon negative by 2030 and are continuing to make progress. We are announcing today that we will not develop new gas-fired power at Drax.

“This builds on our decision to end commercial coal generation and the recent sale of our existing gas power stations.”

Friends of the Earth Yorkshire and Humberside welcomed the move.

Campaigner Simon Bowenssaid: “At last Drax has woken-up to the reality that new gas-fired power stations have no future in a climate emergency.

“But Drax continues to receive large sums of public money – more than £2m a day – to burn vast amounts of wood in an incredibly inefficient old power station with a high carbon impact.

“The government must tell Drax that it won’t get more cash hand-outs in the future. Public subsidies should only be used to support truly green power.”

But Drax says it hopes its proposed acquisition of Pinnacle Renewable Energy will position it as the world’s leading sustainable biomass generation and supply business.

Mr Gardiner said: “It paves the way for us to develop bioenergy with carbon capture and storage (BECCS) – taking us even further in our decarbonisation.”

Drax used to be the biggest coal-fired power station in western Europe and is now the biggest renewable power generator in the UK.

Energy supply currently accounts for more than a fifth of Britain’s greenhouse gas emissions which will increase the pressure on power companies to deliver electricity from cleaner sources.

Green groups say the gas development plans were inconsistent with Britain’s pledge to reduce greenhouse gas emissions by 68% by 2030 compared with 1990 levels.