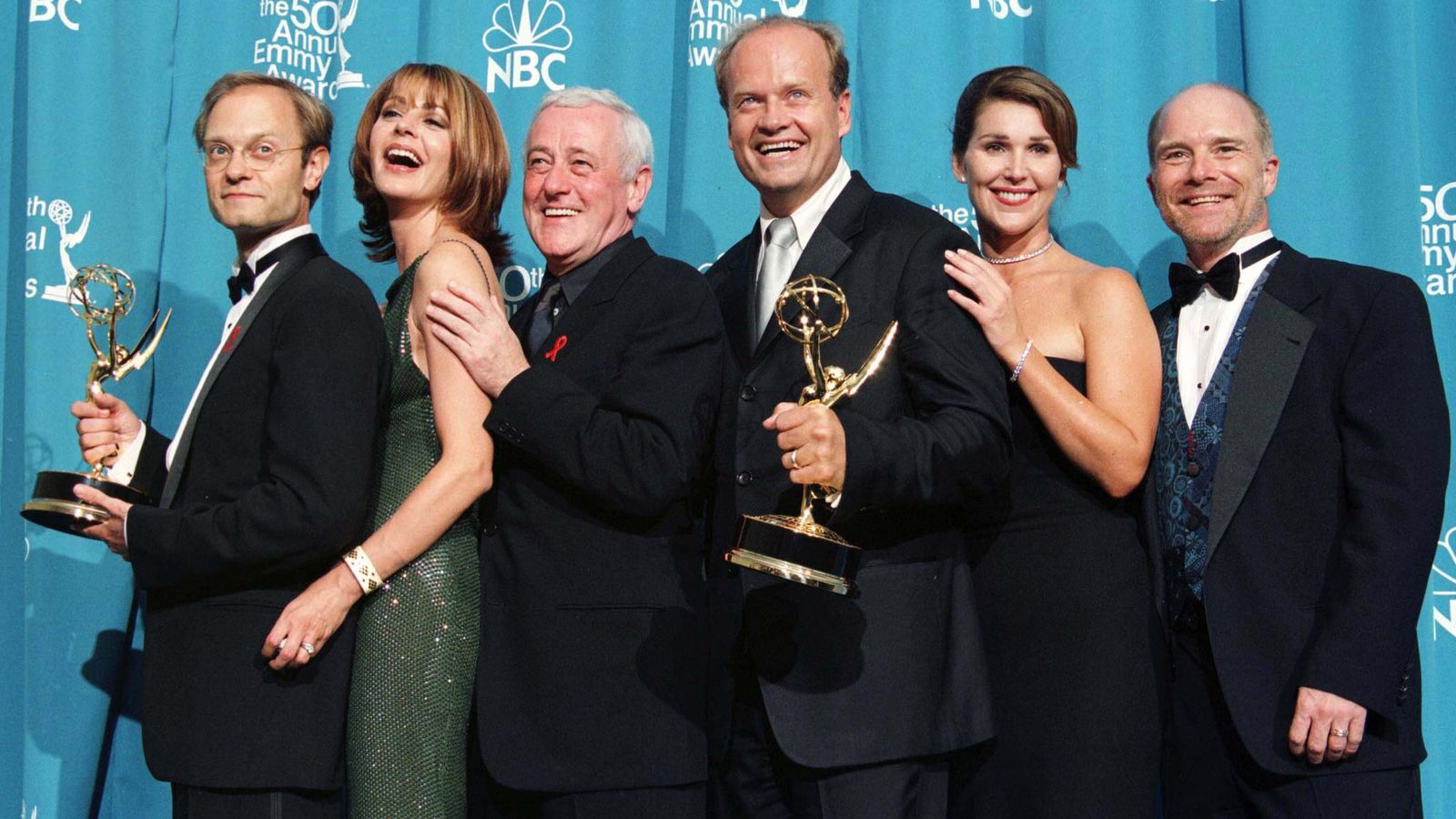 Kelsey Grammer has confirmed he will reprise his role as snobbish radio show host Frasier for a revival of the award-winning 1990s TV comedy.

The new series will focus on “the next chapter in the continuing journey of Dr Frasier Crane”, he said.

Frasier, a spin-off from the TV series Cheers, was one of the most successful shows of the 1990s, winning five Emmy Awards for best comedy series.

It centred on Frasier, who returns to his Seattle hometown to care for his elderly father, and his pretentious psychiatrist brother, Niles.

It will be produced by CBS Studios and air on the new streaming service Paramount+, but no date for its release was given.

No mention was made in the announcement of whether co-stars David Hyde Pierce (Niles Crane) or Jane Leeves, who played caregiver Daphne Moon, would be joining the revival.

“There has long been a call from fans for its return, and that call is now answered,” David Stapf, president of CBS Studios, said in a statement.

Paramount+ tweeted: “Also bringing back Frasier, one of the most highly acclaimed, most successful comedy series of all time. The revival will have everything you love about the original: coziness, great writing, and of course, a cast led by @KelseyGrammer #ParamountPlus.”

Image: Grammer pictured at the Academy Awards in 2019

Its return is just one of a number of reboots and spin-offs Paramount+ is planning.

The channel tweeted: “For iconic film lovers, @ParamountTVS is bringing new takes on favorite classics to #ParamountPlus, including the .@GoGrease prequel Rise of the Pink Ladies, a Flashdance drama series, and shows based on Love Story, The Italian Job, & The Parallax View in development.”

Sex And The City, Dexter, Roseanne, Gossip Girl, and Will & Grace are just some of the other shows which will be returning to the small screen.