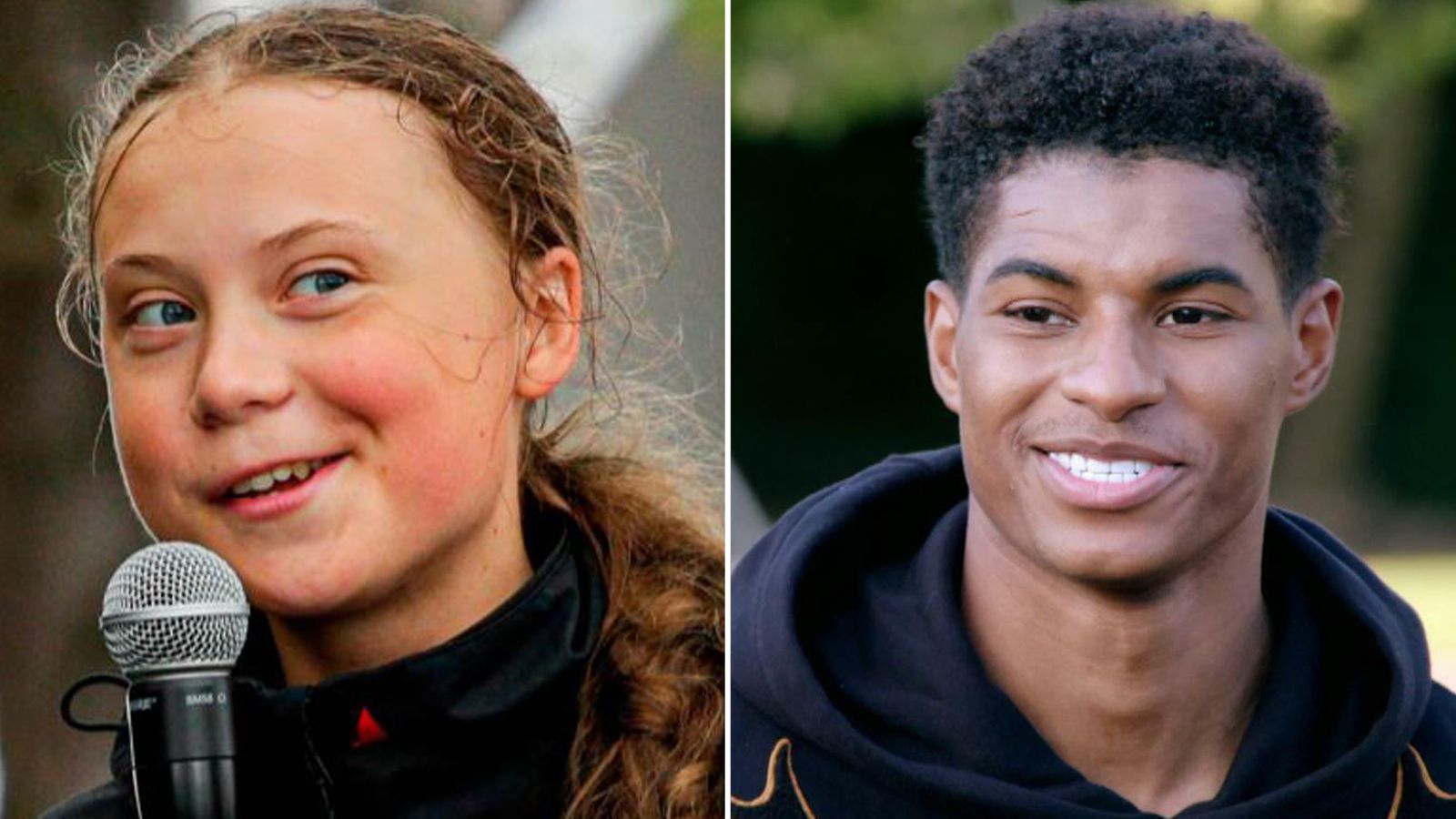 The footballer and the environmentalist join a small list of people who have been presented with the coveted badge for having “accomplished great things, inspired a nation, saved a life or shown bravery and courage”.

Rashford said he “appreciates it greatly” while Thunberg said she would treasure it.

Rashford has become an anti-poverty campaigner and successfully lobbied the UK government into a U-turn over its free school meals policy in England.

Speaking on a video call, he said of his badge: “I am happy that I’m able to spread positive messages and show a side of me that people might not know of.

“A lot of what I do is not for me, I just want to give people the best chance to be the best they can be.”

Thunberg was given her badge for raising awareness about climate change and for inspiring “a generation to make a positive change for the planet”.

Image: Blue Peter is the longest running children’s TV show in the world. Some of its most famous presenters include Valerie Singleton, Peter Purves and John Noakes

She said via video link: “Thank you so much. I don’t know if I deserve this but I am very honoured and I will put this in my room and take great care of it.”

They will receive surprise messages from the grime artist Stormzy, the Harry Potter cast and Premier League footballers.

They include seven-year-olds Ayaan and Mikaeel, who raised £100,000 after setting up a lemonade stand to raise money for children living in Yemen.

Stormzy tells them: “I have heard about your incredible lemonade stand and all the amazing work you guys have done. I was blown away… You are a pair of little legends, wear it with pride because you deserve it.”

“Each year only a few gold badges are awarded to our amazing audience who have shown outstanding bravery, overcome adversity and achieved the most brilliant things.

“It’s so difficult to choose who is awarded a badge and I hope that [the children who received badges] inspire others with their stories as both Greta and Marcus have done.”

Presenter Mwaksy said: “Each year we get so many amazing letters from kids at home telling us about the things they have achieved.

“Some make us laugh and some make us cry so it is fantastic to be able to award some of our viewers a gold badge.”

Blue Peter first aired in 1958 and has had continuous seasons ever since making it the longest-running children’s TV show in the world.

Handforth Parish Council – made famous by that Zoom meeting