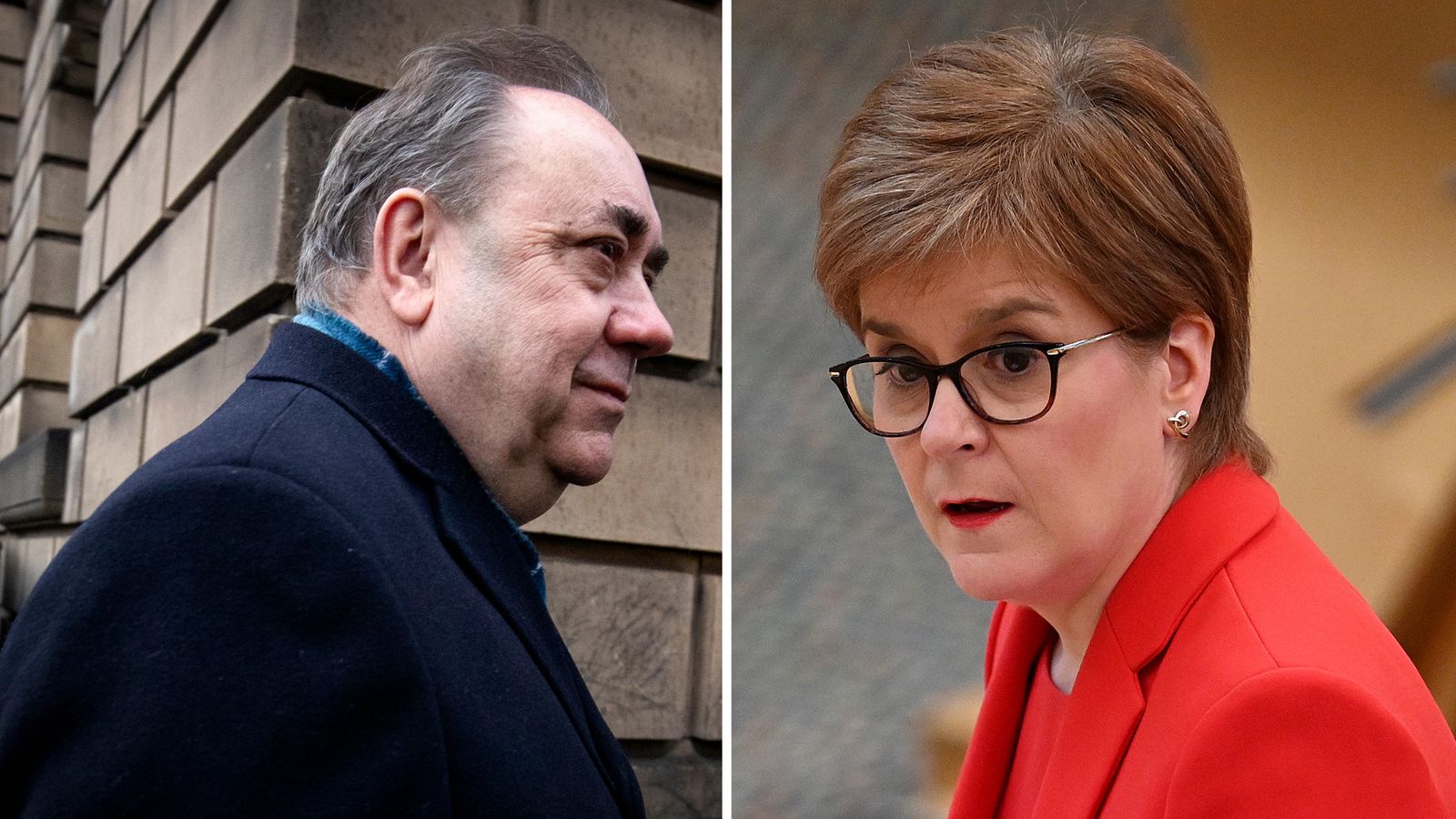 Mr Salmond will give evidence to Holyrood’s harassment committee following his written submission which levelled accusations against Ms Sturgeon as well as senior figures in her government and party.

He has accused the current first minister of misleading parliament over what she knew – and when – about harassment complaints against him in 2018, and that she breached the ministerial code as a result.

Mr Salmond also claims that she breached the code on a number of other occasions, notably by failing to act on legal advice in a court action that cost the taxpayer more than £600,000.

A minister breaching the ministerial code is expected to offer their resignation. Nicola Sturgeon has repeatedly denied doing so.

He also accused senior figures in the SNP – a so-called “gang of four” – of making a “malicious and concerted attempt” to remove him from public life.

In his written submission, he claimed that Peter Murrell, party chief executive and husband of Nicola Sturgeon, deployed senior figures to recruit and persuade staff members to submit police complaints against him.

Mr Murrell has previously denied plotting against Mr Salmond and the SNP responded to his claims by saying: “This is just more assertion without a shred of credible evidence.”

How far Alex Salmond is able to expand on his allegations before the Holyrood committee is uncertain, given redactions made in his written submission. In theory, only published evidence can be referenced in witness testimony and form part of the committee’s final report.

Four hours have been set aside to hear Mr Salmond’s testimony, in which he will be questioned by the harassment committee’s nine MSPs. It was set up to investigate the Scottish government’s mishandling of a 2018 internal inquiry into harassment complaints that two female civil servants made against him.

Mr Salmond challenged the legality of the government’s investigation and a judge ruled it had been “unlawful” and “tainted by bias”.

Image: How far Alex Salmond is able to expand on his allegations before the Holyrood committee is uncertain

Redactions in Mr Salmond’s written submission were made after Scotland’s Crown Office, its prosecuting authority, expressed legal concerns over publication. On the eve of Mr Salmond’s inquiry appearance, MSPs used the legal privilege afforded by the parliament chamber to discuss evidence that has been redacted from public view.

Jackie Baillie MSP, interim leader of Scottish Labour, who sits on the harassment committee, asked the first minister about redacted allegations that the name of a civil servant who had complained about Mr Salmond was revealed to his former chief of staff and then conveyed to Mr Salmond.

She said: “This is an extraordinary breach of confidentiality.

Willie Rennie MSP, leader of the Scottish Liberal Democrats, followed up with the question: “Is the first minister saying that the name of a complainer was not passed on to the former chief of staff of Alex Salmond?”

‘A litany of nonsense’: Sturgeon in heated exchange

Ms Sturgeon, addressing the question for the first time publicly, replied: “To the very best of my knowledge, I do not think that happened.”

She was asked by Mr Rennie if she investigated, following the allegation.

Nicola Sturgeon replied: “It is not my belief that that happened. But there is a committee process under way right now. There is also a process separate to the committee where the independent adviser on the ministerial code is looking at all of these matters and what I am doing is allowing these processes to take their course.”