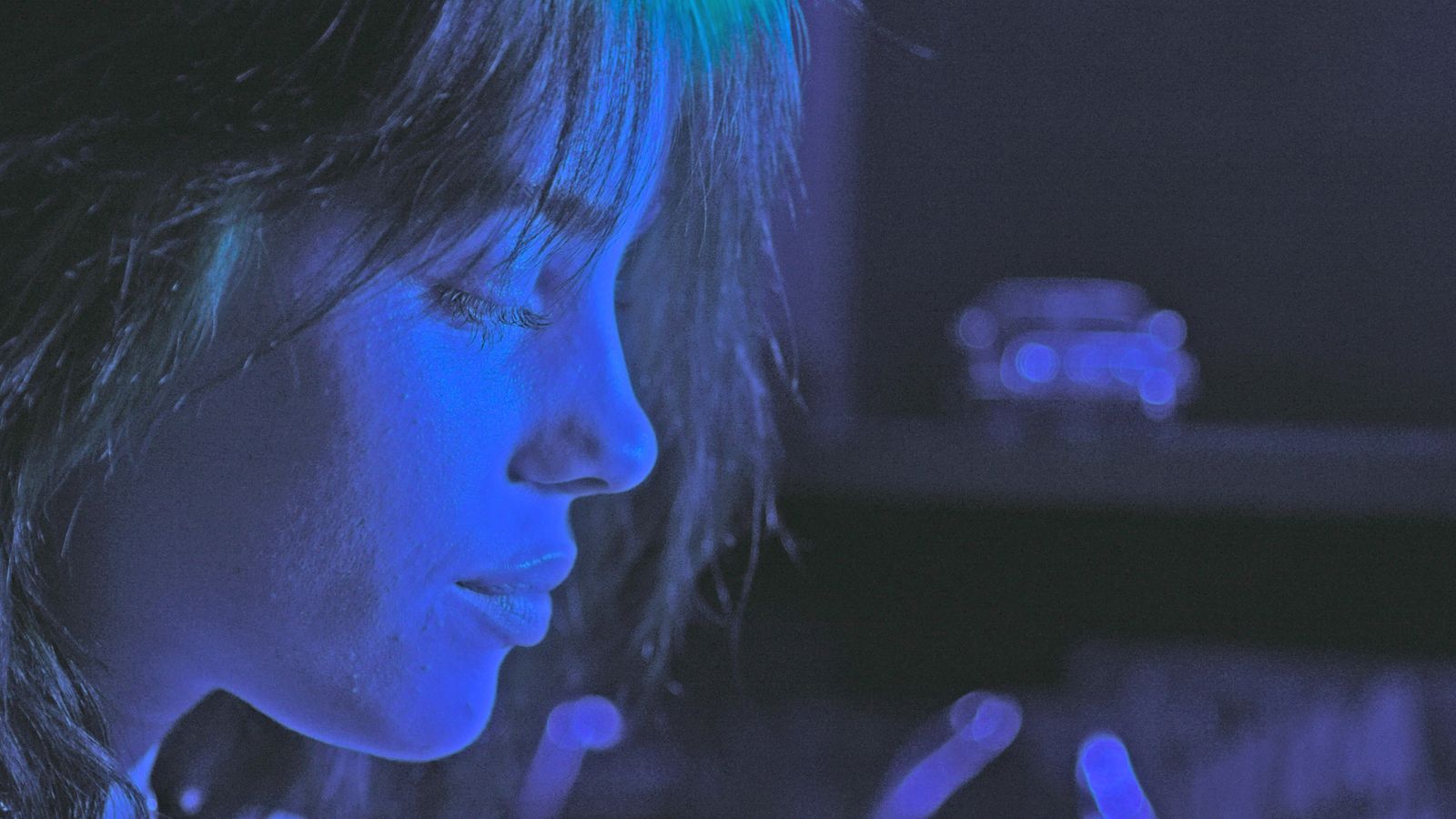 Going from “a poorly kept secret to the biggest star on Earth” with an album you wrote in your brother’s bedroom isn’t normal – but neither is your mum hanging a GoPro on the wall to film every moment.

For Billie Eilish, her journey from childhood to superstardom has been captured from day one – and now an intimate new documentary by filmmaker R J Cutler is letting fans in on the story behind the star.

Billie Eilish: The World’s A Little Blurry starts with her first radio play aged just 13 with Ocean Eyes and goes on to show her writing, recording and releasing her debut album When We All Fall Asleep, Where Do We Go? at 17.

With around 15% of the footage used being filmed at home and the rest being filmed by himself and his crew, Cutler tells Sky News: “We live in a moment where everyone’s life is on camera… And [Eilish’s mother] captured history in the making.”

He explains: “Maggie had the wisdom to hang a GoPro in the bedroom and to encourage Finneas [her brother] and Billie to turn it on when they felt like there would be something worth filming.

“It’s very rare to see to see an artist at that level of achievement in the actual process of creation and all its challenges, its conflicts, its obstacles.”

He describes the hundreds of hours of footage on the family hard drive as “a great gift” but is keen to make clear there was no exploitation involved.

“What’s going on is her son writes Ocean Eyes and her daughter records it with her son. And all of a sudden, the world is like, kaboom, Billy Eilish… They’re in total control of when the camera goes on and off.”

Eilish’s mother, Maggie Baird, has also admitted she was “worried how it would turn out” and the perception of revealing her family to the world.

Speaking ahead of the film, she said: “A filmmaker in this style of doc can easily completely tell a different story. A documentarian has your life in their hands. If they take a particular moment without context, and they only show the moment, you’re going to look horrible.

“At the same time, I was aware from the beginning that this was somewhat extraordinary and should be documented.”

Eilish’s father, Patrick O’Connell had a more prosaic concern: “We’re having a doc crew looking up our nostrils at any minute, we’re in this small house then a little van, small venues that don’t have a green room or a backstage at all.”

She’s also the youngest artist and first woman to score a number one with a James Bond theme, despite the much delayed 007 movie still waiting for a release date.

But of course, Eilish had no idea of the fame that lay ahead of her at the time of filming.

Speaking before the documentary’s release she said: “[It’s] mind-blowing and surreal the way my life worked out. The fact that they have it on film is f****** nuts. They have it before I was anyone. And I didn’t plan on becoming anything more than that.

“It was a crazy idea… I never thought of it as a reality. Even when they were filming, me and my entire family thought, ‘eh, it’s never going to actually come out’.”

While there could be comparisons with recent pop documentary, Framing Britney Spears – which also tells the story of a young, female solo star’s rise to fame – Cutler says his film is a very different beast.

He explained: “It’s not for me to evaluate the state of pop stardom and the nature of it. My exposure to it is specific to Billy Eilish… and the year we spent together. So, my insights are based exclusively on that.”

He goes on: “It’s a movie about transformation. [Eilish] transforms from childhood to womanhood… from someone who needs to be driven around by her parents to someone who can drive herself without them.”

The singer was aged just 16 when she first met up with Cutler and his crew – and while the filmmaker admits she did have vulnerable moments, she was “working really hard to figure it out”.

We see her tired and exhausted while recording and touring, missing friends and family, crying on stage due to injuries and being pushed to her limit with demands for endless corporate photos after a gig.

Cutler is clear that Eilish is “very specific about what she loves and what she hates about being on tour”.

It’s striking in the film that despite her immense talent, Eilish is insecure in her ability – regularly questioning her abilities.

As her brother says in the documentary: “Billie hates writing songs in general… She’s terrified of online hate, and she equates writing popular songs with receiving more hate.”

Eilish herself has also been open about her struggles with depression and suicidal thoughts and said it’s a natural step to express it through her music.

In the film she admits: “I’m never happy… I feel the dark things, why would I not talk about it?”

We also see Eilish’s mother worrying about a lyric in which Eilish talks about jumping off a roof, and the impact that could have on fans.

And in another intimate discussion between mum and daughter about drink and drugs, Maggie describes an “army of people trying to make sure you don’t make mistakes that other people have done before”.

Eilish’s recent need to obtain a restraining order against a stalker – who allegedly made threats on her life – is not likely to have lessened the pressures on the much-in-demand star.

Cutler insists the singer’s state of mind was not being ignored: “Her mental health journey is that that she tends to put other people’s happiness ahead of her own.

Away from the angst and personal struggles any teenager will relate to, the documentary also shines a light on something less familiar to the average 19-year-old – the sudden doorway to the rich and famous that has opened up to Eilish.

Image: ‘I don’t know why you love me’. Pic: Billie Eilish: The World’s A Little Blurry/Apple TV+

We see Eilish with celebrity fans Katy Perry and Orlando Bloom(who she initially doesn’t recognise) at the Coachella music festival, as well as her being awestruck at meeting and working with her childhood crush Justin Bieber.

At such moments, Eilish is quick to forget she is a celebrity too and seems genuinely astounded at the adoration from fans – famous or otherwise.

At one point she tells a crowd: “This is so weird you guys, I’m a nobody, I don’t know why you love me, I really don’t.”

Despite not seeing any footage ahead of the edit, Eilish, who says she likes to “control what I’m doing and how I’m perceived” and so would have just tried to “control the narrative” has said the result is “beautiful” and “perfect”.

Having previously bemused Cutler by saying she’d like the documentary filmed in a similar style to mocumentary The Office, Cutler described her positive feedback as “deeply gratifying, thoughtful and wise”.

He adds: “She believes that it’s truthful and what’s gratifying is her confession, that she didn’t think it would be possible to capture the truth the way that we did. So, it’s awesome.”

Billie Eilish: The World’s A Little Blurry is streaming on Apple TV+ now.