COVID-19: Major cities falling well behind in UK’s bid to vaccinate its way out of lockdown 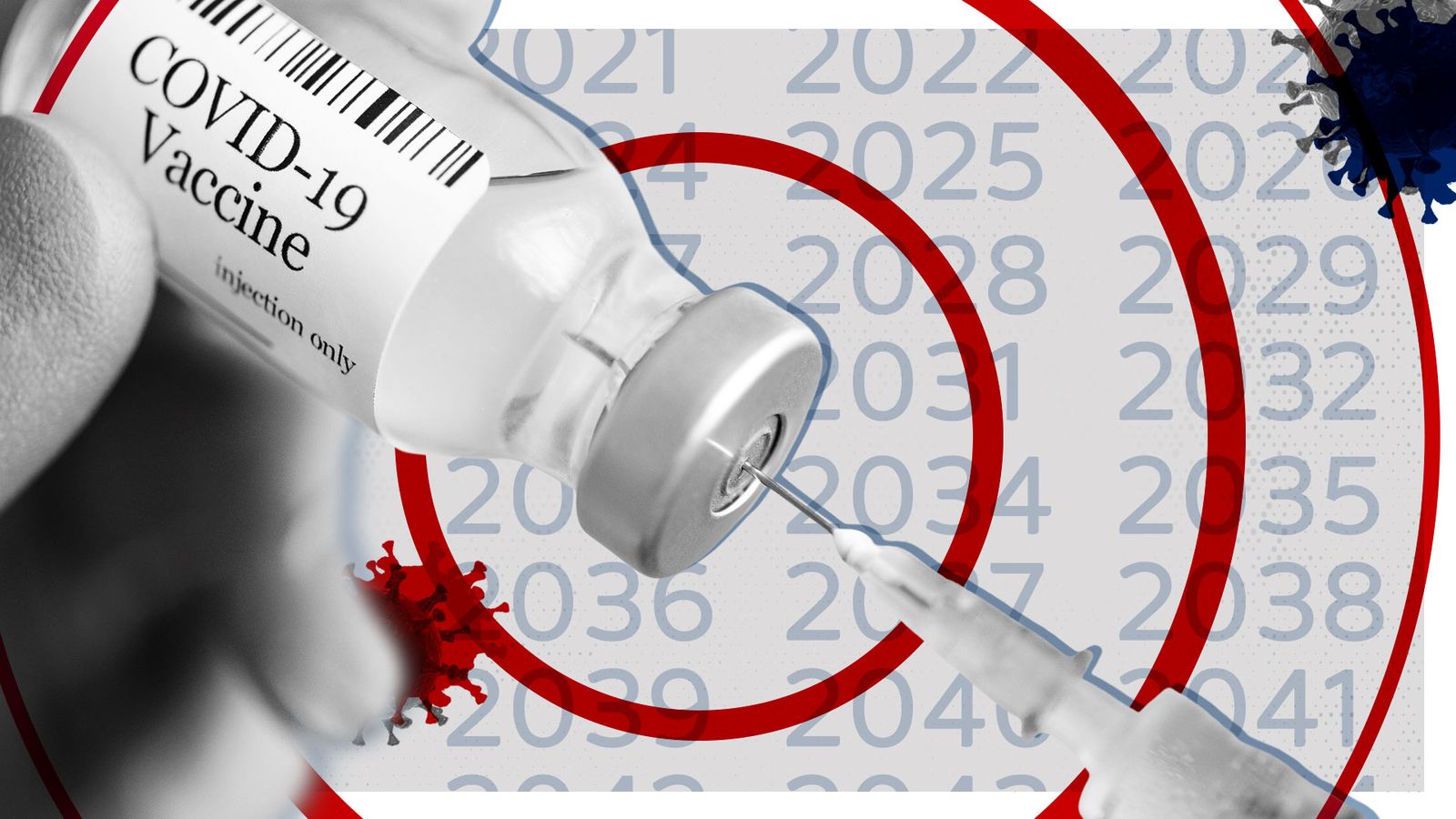 The 15 areas of England to have vaccinated the lowest proportion of adults against COVID-19 are all in London.

In some boroughs, including Tower Hamlets, Hackney and Newham, just one in five adults have received a single dose of a vaccine, according to NHS England data up to 25 February.

Other cities including Nottingham and Manchester also have low vaccination rates.

Is this a surprise?

More than nine in 10 local authorities in England have now vaccinated a quarter of their adult population but London is being left behind.

Half of London‘s boroughs had the lowest vaccination rates in England up to the week ending 25 February.

The obvious explanation is age. London’s population is younger than average with just 8.6% of people aged over 70, compared to 13.4% for England as a whole.

So, let’s change the map to consider just people aged over 70. The colour looks more similar across the country because nine out of 10 local areas have vaccinated more than 90% of that age group.

But again London is behind, with 18 of the 20 areas with the lowest vaccination rates in the capital.

Other cities and large towns, including Manchester, Birmingham and Luton, are also among the lowest. So, what could explain the lower rate in these areas?

Lower vaccine uptake among ethnic minorities could be one of the main factors.

Sky News analysis has found areas with a higher percentage of ethnic minorities are also among those to have given a smaller proportion of over-70s their first jab.

But deprivation is also key.

The Sky News data team identified significant differences in over-70s vaccination rates between the most and least deprived parts of local authorities.

Although, the picture in London may be complicated by the number of non-permanent residents in affluent boroughs.

A similar deprivation trend was found in Birmingham.

So, while it’s clear that age is a major factor driving the different pace of vaccination locally, it isn’t the only one.

Ethnicity and deprivation appear to be key in determining uptake and could mean some parts of England have less protection from COVID-19 than others.

COVID-19: Hundreds of thousands of new shielders invited to get vaccine