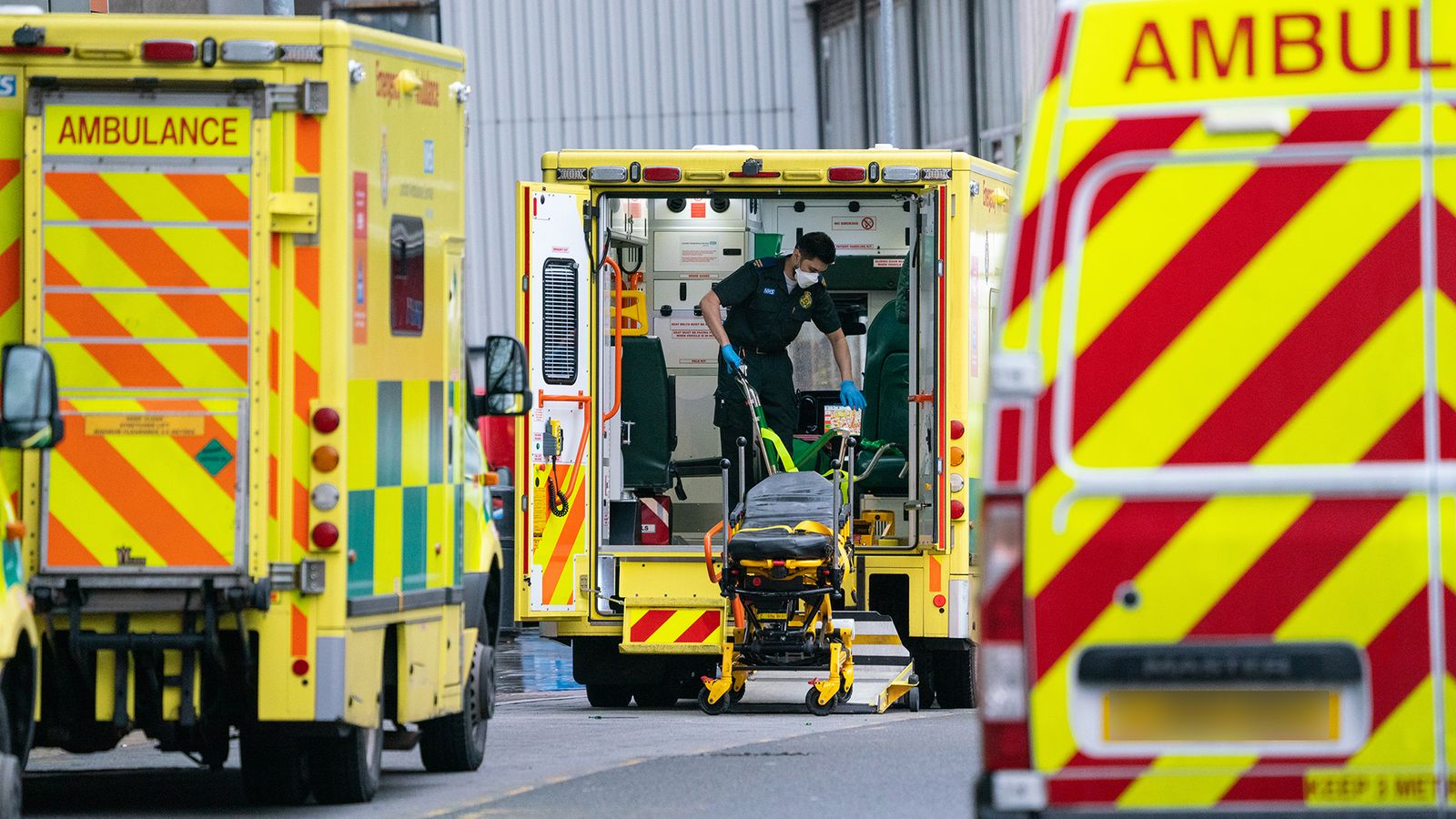 The UK’s coronavirus reproduction number – or R number – remains unchanged at between 0.6 and 0.9.

That means that on average, every 10 people infected will infect between six and nine others.

The R refers to the average number of people an infected person will pass COVID-19 on to.

Anything above one means the coronavirus outbreak is growing exponentially.

The figures for R and the growth rate are provided by the Scientific Advisory Group for Emergencies (SAGE).

Across England regions, the R stands between 0.6 to 0.8 in London, the east of England, and the South West.

It falls between 0.7 to 0.9 for the other English regions, including the Midlands and the North East and Yorkshire.

The percentage of people testing positive for the virus has decreased in all regions of England – except Yorkshire and the Humber, the latest data from the Office for National Statistics (ONS) shows.

The next phase of vaccinations will continue to prioritise people by age and not their occupation to avoid slowing down the rollout, it was emerged today.

People aged 40-49 will be the next in line to get a jab after all vulnerable groups and the over-50s are covered, the government said.

The Joint Committee on Vaccination and Immunisation (JCVI) said this would provide “the greatest benefit in the shortest time”.

It added that prioritising occupational groups such as teachers and police could make the rollout more complex and could potentially slow it down, leaving some vulnerable people at higher risk for longer.

Meanwhile, the Queen has said that having a COVID-19 vaccine “didn’t hurt at all” and encouraged those who are hesitant about getting jabbed to “think about other people rather than themselves”.

Talking about her own experience of having the jab in January, she said: “Once you’ve had the vaccine you have a feeling of, you know, you’re protected, which is I think very important.”