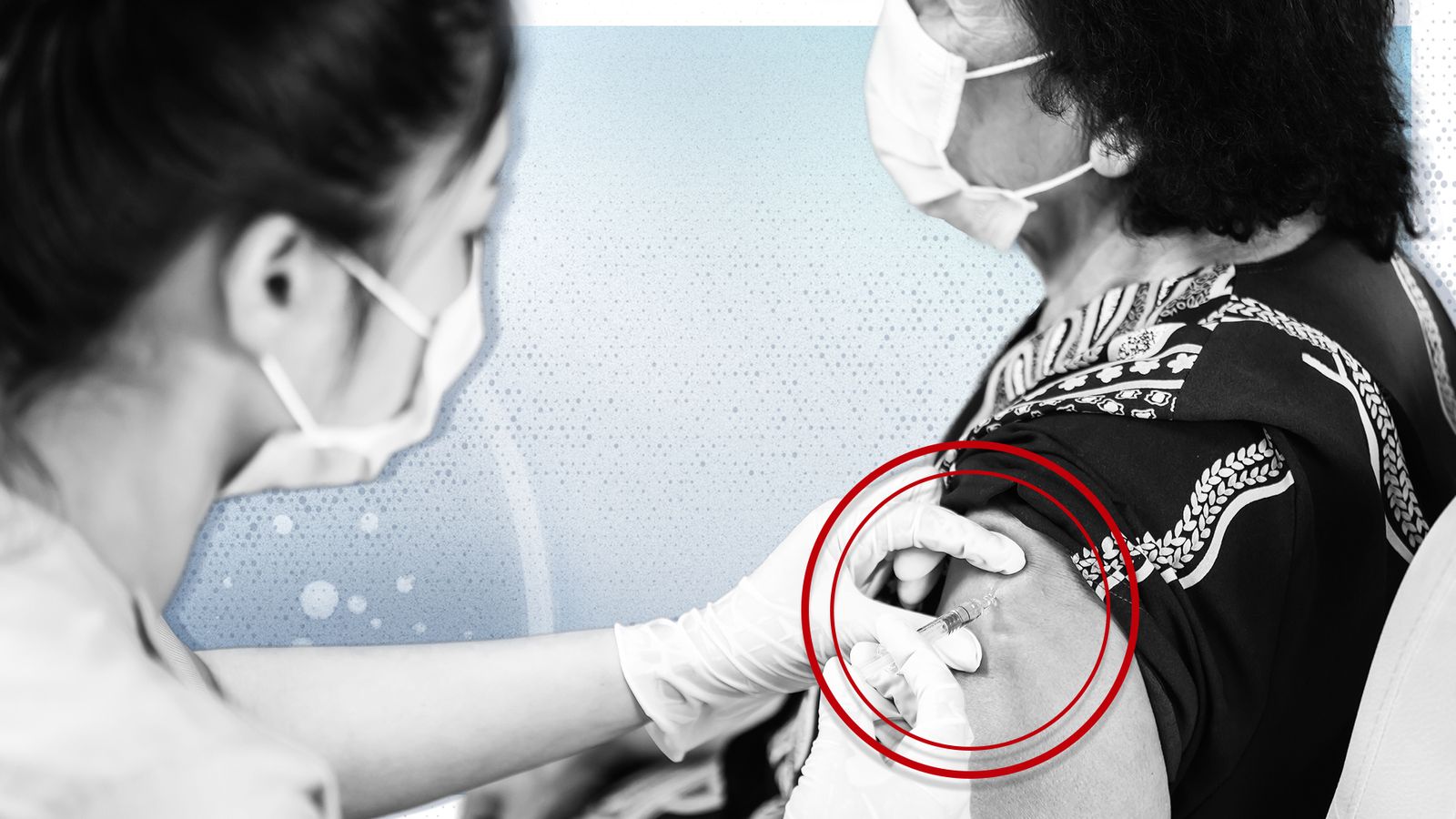 Getting the vaccine is for many a lifesaver.

For others it opens up the possibility of a return to a more normal life – leaving lockdown, travelling, going to the work place.

But when are you going to be vaccinated?

That’s a simple question with an incredibly complex answer.

Here’s the simple version of that answer, but be warned, this table is a very rough estimate.

Our starting point is the new information we were given today about how the vaccination programme against COVID will be rolled out across the country.

The group of independent scientific and clinical experts which advises the government on how to prioritise giving the vaccine, the Joint Committee on Vaccination and Immunisation (JCVI), says once the top nine priority groups have had their first dose, the COVID jab is then to be given to people according to age, starting with the oldest first.

If Health Secretary Matt Hancock hits his target of all 32 million people in the top nine priority groups having been given a first dose by 15 April, from that date everyone else would be offered the vaccine, working down through the under 50s by age.

The seven million left to get their first dose in each of the remaining age ranges is an estimate based on the JCVI’s own analysis this morning.

We’ve also had to try and work out the possible future number of daily vaccinations.

Over the past 14 days, on average, 370,195 people have received their first dose each day.

We can expect that number to fall however, because while first doses are being given, more people will need their second dose.

It’s hard to factor that in – as there are so many variables. The vaccination supply could falter, or be ramped up. There could be distribution problems, or other unforeseen events.

But we’ve arrived at our possible dates of delivery based on the number of people we know are having their second jab at the moment, and how many are going to have it in the coming weeks and months.

Based purely on where we are now, with the analysis we can quickly do following this morning’s announcement, the country seems on target to have all adults vaccinated by the end of July – which has been the government’s previously stated aim.