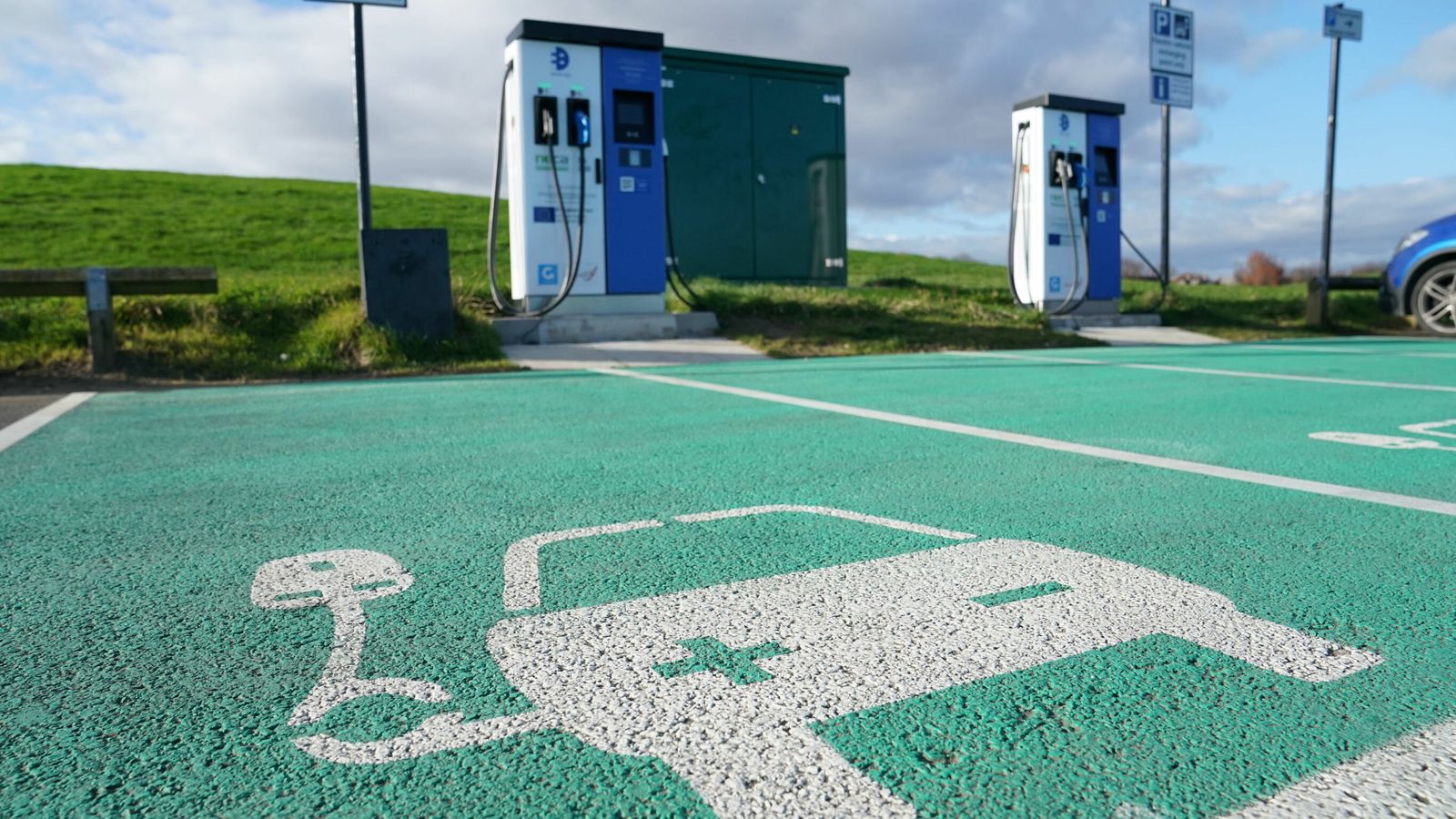 Sales of electric cars are not growing fast enough, according to a report by the National Audit Office.

“Substantial growth” is required to meet the government’s target of having zero emissions cars accounting for 100% of new sales from 2035.

There was also criticism over the setting up of public charging points in residential areas.

Last November, the government announced that new petrol and diesel cars would no longer be sold by 2030 – one of its biggest policies to reduce emissions so far.

Transport is the largest source of emissions in the UK, and it comes mostly from cars.

The NAO report said that, since 2011, total carbon emissions from passenger cars have reduced by just 1%.

Average emissions from new cars in Great Britain fell year on year between 2011 and 2016.

However, emissions increased by 6% between 2016 and 2019. This increase has been attributed to factors including a rise in the sale of sports utility vehicles (SUVs), increased road traffic and travel by car, and revised methods for estimating carbon emissions.

The government recently set new targets for there to be at least six ultra-rapid charge points at each service area across England’s main road network by 2023, and a total of 2,500 across the network by 2030.

The NAO report said the Office for Zero Emission Vehicles (OZEV) had “not yet focused sufficiently on charge point availability for people who do not have a driveway”.

The NAO report said that between 2017-18 and 2019-20, OZEV allocated £8.5m to help local authorities install on-street residential charge points, but uptake has been slow. Local authorities said the OZEV scheme had been designed “without sufficient consultation” and as a result it was “difficult to bid for funding”.

Gareth Davies, the comptroller and auditor general of the NAO, said: “The number of ultra-low emission cars on UK roads has increased, but meeting the government’s ambitious targets to phase out new petrol and diesel cars in less than a decade still requires a major transition for consumers, carmakers and those responsible for charging infrastructure.

“Government now has the opportunity to reflect on what has gone well and better target its interventions and spending to secure this fundamental change and deliver the carbon reduction required.”

Analysts predictglobal sales of zero emission and plug-in hybrid vehicles are set to outstrip those of internal combustion engines (ICEs) for the first time in 2047, powered largely by sales of electric vehicles.

The UK government has pledged to be net zero by 2050. As part of delivering that pledge, the government has said the UK is on course to be the fastest among the G7 countries to decarbonise cars and vans.

But there are clearly big obstacles to overcome in terms of delivering an adequate charging infrastructure for electric vehicles quickly enough to drive sales.