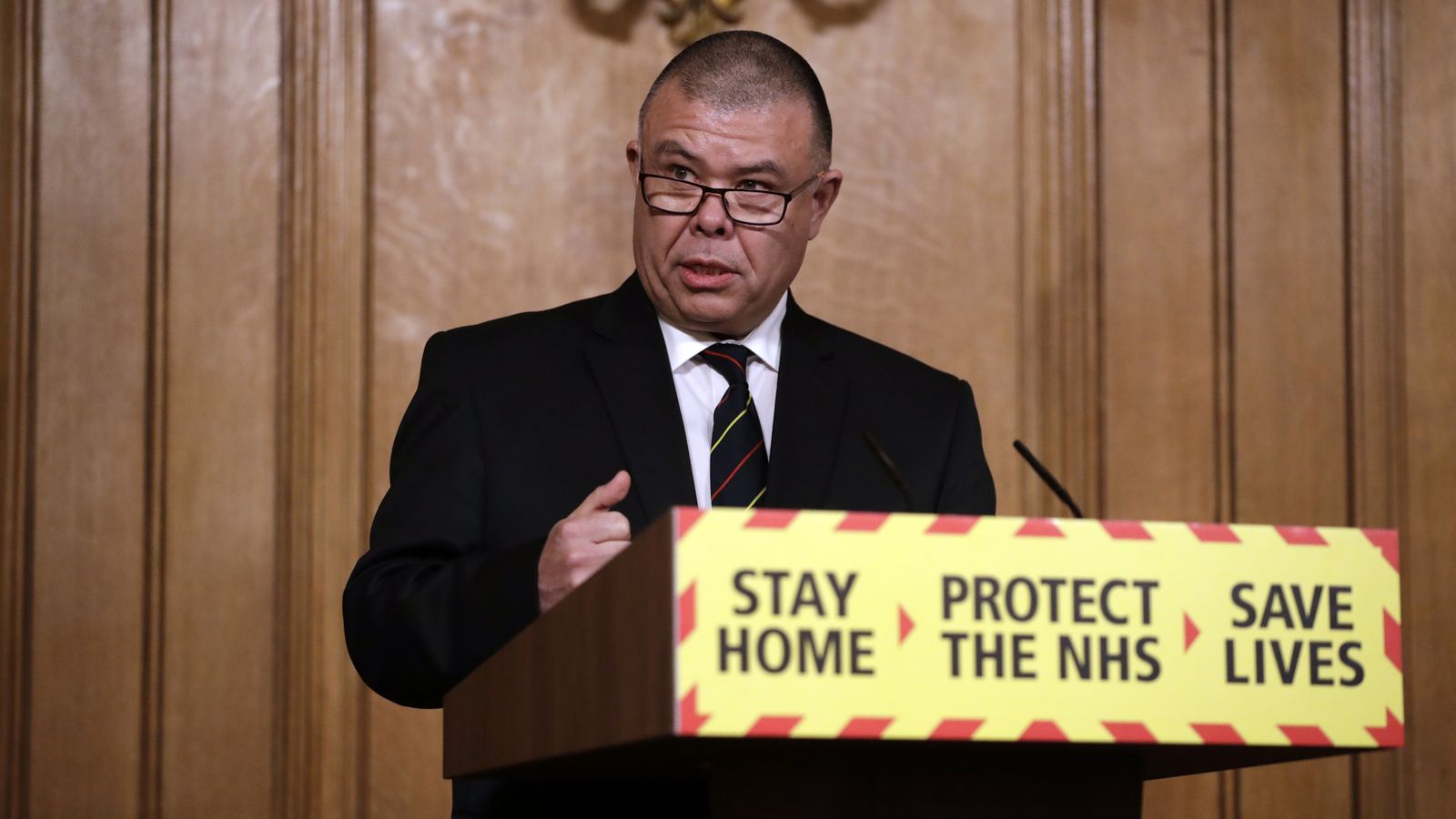 Rising coronavirus cases in a small number of areas in England has led the deputy chief medical officer to warn: “Don’t wreck this now.”

Jonathan Van-Tam was speaking at Friday’s Downing Street briefing on the fight against coronavirus.

As the UK’s COVID-19 vaccine rollout continues at an impressive pace, he revealed that he has been receiving emails from people who have been jabbed asking if it is alright to start breaking lockdown rules.

“Look, this is all going very well, but there are some worrying signs that people are relaxing, taking their foot off the brake at the wrong time,” he said.

“We are so close. Do not wreck this now. It is too early to relax. Just continue to maintain discipline and hang on just a few more months.”

Offering one of his now regular analogies, he added: “It’s a bit like being 3-0 up in a game and thinking ‘well, we can’t possibly lose this now’, but how many times have you seen the other side take it 4-3?”

The health secretary also told the public to “stick at” following the lockdown restrictions and other social distancing measures as he warned of a “stark picture” of coronavirus rates.

Matt Hancock said the number of cases in England is down to one in 145 people but the rate of decline is “slowing”.

He said the rate of hospital admissions and deaths are still “far too high”, adding that one in five local authorities has seen a rise in case rates in the last week.

“This stark picture shows that this isn’t over yet, the stay at home rules are still in place for a reason,” he said.

The briefing came after the government announced people aged 40-49 will be the next in line to get a coronavirus vaccine after all vulnerable groups and the over-50s are covered.

The Joint Committee on Vaccination and Immunisation (JCVI) said this plan would provide “the greatest benefit in the shortest time”.

Mr Hancock and Prof Van-Tam defended the decision after criticism from police and teaching leaders, who had argued that those professions should be prioritised.

“They’re being spat at, coughed at, rolling around on the ground with people, working in hospital environments, going into people’s homes. They can’t mitigate the risk of the virus.

“All of that means absolutely nothing. This is a very deep and damaging betrayal and it will not be forgotten.”

And Paul Whiteman, general secretary of school leaders’ union Naht, said teachers had been “let down” by the government over vaccines.

“The fact that it may have added some complexity to rollout is not a good enough reason not to prioritise the needs of committed professionals,” he said.

“A sick teacher is a teacher away from class, which will mean further disruption to pupils’ education and could well mean that they may need to be educated from home again.

“I am amazed by the continuing dedication of school teams. The government has let them down at every turn.”

Prof Van-Tam said the JCVI’s recommendation was based on how best to save lives and keep people out of hospital, and backed the plan.

“The ONS (Office for National Statistics) data on the occupations with the highest rates of death begin with restaurant and catering establishment managers and proprietors, follow on to metal-working and machine operatives, food, drink and tobacco process operatives, chefs, taxi and cab drivers…

“That compares with an age average, for a comparable age, of 31.4.