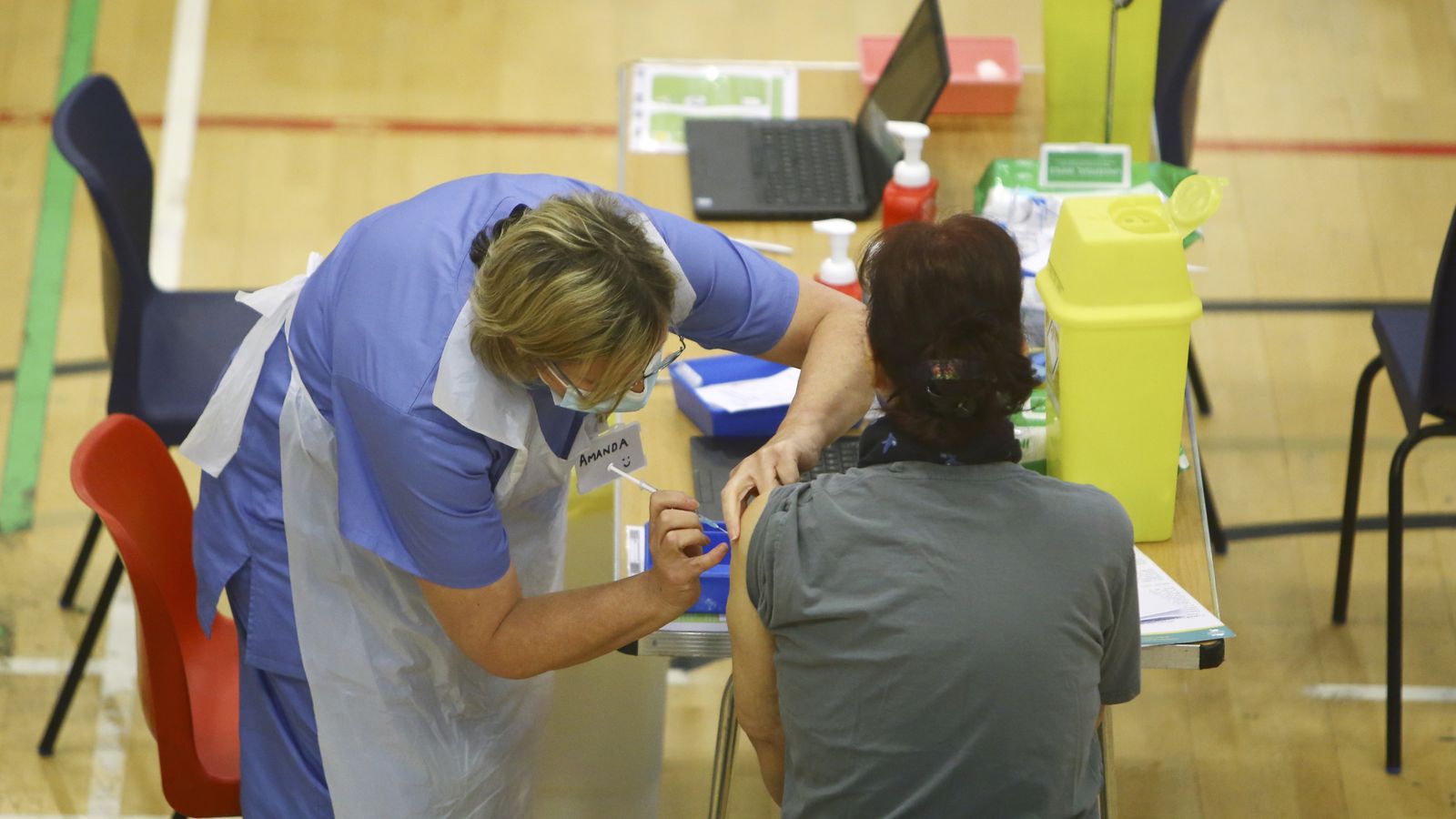 A former chief scientific adviser says rolling out the COVID-19 vaccine by age rather than prioritising professions “makes sense”.

Professor Sir Mark Walport, who advised the government from 2013-2017, defended the decision to not prioritise frontline professions after teacher and police unions voiced their disappointment.

On Friday, the government announced who would be the next priority for getting the COVID-19 vaccine as part of the second phase of the rollout.

“The rollout is going in such an efficient way by doing it through the ages,” Professor Sir Mark told the BBC.

“Of course, there will be many teachers, many police, who are in the 40-50 age group and indeed who will have been immunised already. So, it does make sense.

“It’s still the case that most of the vulnerability, including in those professions which mix with a lot of people, is still with the older members of those cohorts, and so this is a strategy that maximises the number of vaccines and does it on a basis of the most vulnerable.

“An age-related rollout fits with where people get the worst disease and are at higher risk of dying.”

The Police Federation of England and Wales’ national chair, John Apter, said the decision to not prioritise officers was “very disappointing”.

“The rug feels it’s been pulled from under us. It feels very disappointing. My colleagues feel let down,” he told Times Radio.

“I do feel the home secretary has let us down.”

Geoff Barton, general secretary of the Association of School and College Leaders, said vaccinating school staff would have given parents and young people confidence about returning to school.

He said the easing of lockdown could not go ahead unless the reopening of schools, which is the first step, is successful.

“Nothing is going to happen, including retail, unless we get this first phase correct,” Mr Barton said.

Health Secretary Matt Hancock also defended the age group decision, saying it was the “fastest and simplest way to roll out the jabs”.

The Joint Committee on Vaccination and Immunisation (JCVI), which made the recommendation to the government, looked at clinical evidence on who is at the highest risk of death and how quickly jabs could get into people’s arms, Mr Hancock said.

There was some good news for Wales on Saturday as new figures showed more than one million COVID-19 doses have been administered there, with more than one in three adults having received at least one dose.