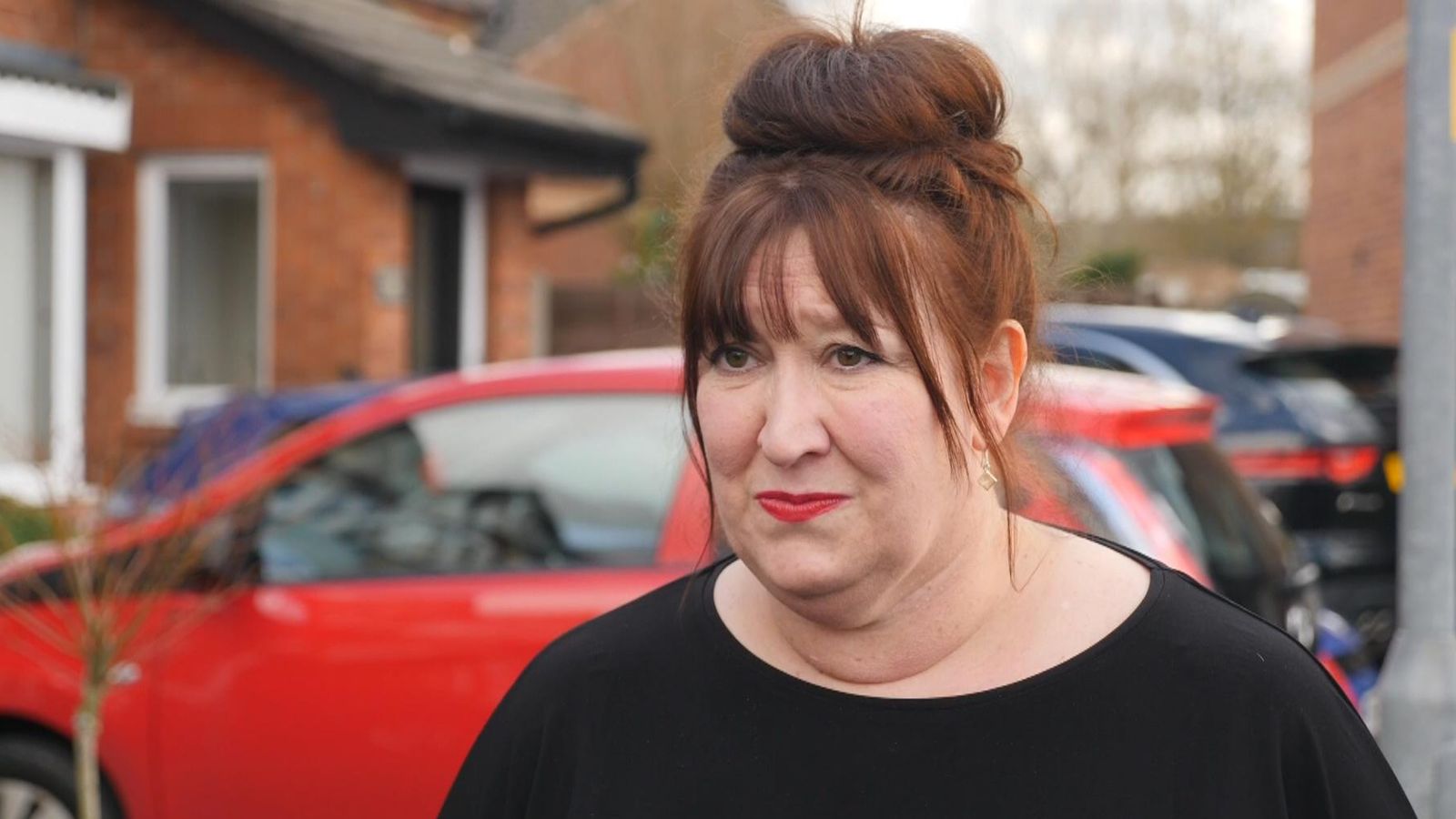 The chancellor is set to announce the Budget on Wednesday nearly a year after the country was placed under a national lockdown.

Huge parts of the the economy remain closed and families are feeling the strain as at least 150,000 jobs have been lost to the pandemic.

The specific details of the Budget remain unclear but the announcement is expected to include a swathe of actions aimed at kickstarting the UK economy as restrictions ease.

Sky News spoke to three people in different financial circumstances about how they hope the Budget will help them.

Image: Mr Kelly and Ms May have been viewing homes in Bristol

Dan Kelly, 29, and Annie May, 22, are hoping the chancellor’s announcement will make it easier for them to get on the housing ladder.

The couple live in Bath but are trying to buy a place in Bristol where prices are just about affordable for their £170,000 budget, but getting the deposit together is not easy as Mr Kelly explains.

“At the moment it’s very much like scraping together money from lots of different corners and it’s difficult trying to because I think the expectation at the moment is the 10% deposit and that’s the kind of thing I put on myself. Anything would help at this point.”

If the chancellor introduces a government-backed mortgage guarantee scheme of 95% loan to value, as is speculated, it would be a massive help for first time buyers like them.

Such mortgages dried up at the beginning of the pandemic when banks wanted to shield themselves from risk.

Ms May said if they didn’t have to come up with a 10% deposit they’d have much more breathing space to find a home.

“I think at the moment the size we were aiming for isn’t so much aches anymore and the places that we can afford in that size there’s a lot of fixing up.

“I think at this point to be on the property ladder you already need to have been on it for a long time I think it’s really hard to get on there in the first place at this point in time.”

The pandemic has been particularly tough on many young people as they try to get a start in life.

The danger though of bigger loans is that it could also force up the price of available homes as more people are able to compete for property.

‘We didn’t have the luxury of mortgage breaks’

Image: Gaynor Ramsden had to sell her home as she struggled financially during the pandemic

“It’s like starting all over from the beginning,” says holistic therapist Gaynor Ramsden. The 49-year-old from Warrington was making retirement plans but when the pandemic hit all her clients cancelled.

Unable to access any of the government support schemes, Ms Ramsden was forced to sell her home.

“I’m nearly 50 and I’m back in rented accommodation. I don’t know if I’ll ever be a property owner again,” she says.

Standing outside what used to be her home, an emotional Ms Ramsden can’t hold back her tears.

“I’d lived here for 25 years before the pandemic started, and then overnight all my clients cancelled.

“I tried to claim Self-Employed Income Support Service but was excluded under the 50/50 rule as I earned more in employment in 2018/19 than I did being self-employed.”

“I didn’t want to apply for a bounce-back loan as I was already in the process of paying back debt left by a previous partner. And when I applied for Universal Credit, I drew another blank because my husband’s earning took us just over the threshold to be considered for this payment.”

When the first lockdown was lifted, close contact treatments including holistic therapies were one of the last places allowed to re-open.

“I worked as hard as I could after lockdown was lifted but then in November the next lockdown I couldn’t work again.

“This time I didn’t have the luxury of having mortgage breaks, so we simply couldn’t afford to live.”

COVID-19: Families of school-aged children to get two rapid tests a week

COVID-19: What it’s like living in a village with 142% rise in coronavirus cases